They Voted Against Gettysburg 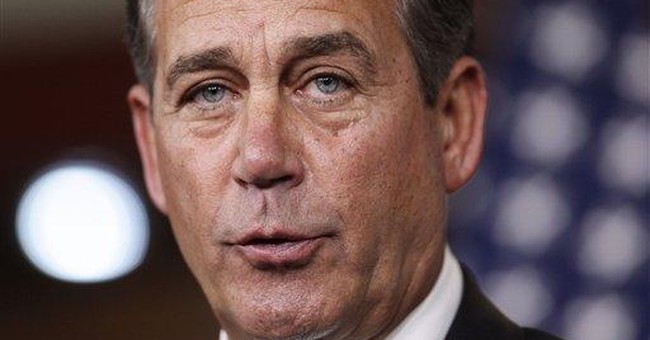 High on a rooftop in Washington, D.C., with the National Mall and the monuments to America’s greatest leaders laid out before us, on May 5 I represented the Family Research Council at a gathering of pro-life leaders to honor House Republican Leader John Boehner (R-Ohio).

The sunshine was so intense it caused the White House, Blair House, the Washington Monument and the Lincoln Memorial to shimmer in the late afternoon.

Dr. Charmaine Yoest spoke. She is bravely battling cancer, yet ever faithful, ever strong. As the leader of Americans United for Life, Charmaine gracefully thanked Leader Boehner for his pro-life record, but especially for being the voice of the voiceless during the recent battle over ObamaCare.

John Boehner not only voted to protect unborn children, he spoke up for them at the Blair House healthcare summit amidst all the President’s men. John Boehner spoke out against ObamaCare saying it would force Americans to pay for the slaughter of innocents. Boehner the Bold.

President Obama could no longer dismiss the fate of millions of unborn children by saying the question of just when they are endowed with a right to life was above my pay grade. Now, he sits atop the federal pay pyramid.

Instead, in a bored and lordly manner, Barack Obama waved away John Boehner’s objections. They were just campaign talking points, he said. But Boehner had said it. And the nation and the world heard it.

Charmaine presented Leader Boehner with the Henry Hyde Defender of Life Award. Henry Hyde was that great big lover of life, that eloquent champion who first brought the fate of the unborn to national prominence when he was just a freshman congressman back in 1976, our nations Bicentennial Year. The Hyde Amendment has protected the lives of millions for more than three decades by denying any federal funds for abortions.

John Boehner got up to respond. Blinking against the brilliant sunlight, the Leader spoke of his eleven brothers and sisters. He was, as usual, well dressed with a TV blue shirt and pink tie and sporting his signature suntan.

As Boehner spoke of Henry Hyde, of their deep friendship, how much his voice was missed, something extraordinary happened. The ever taciturn, ever composed John Boehner broke down. He was overcome by emotion. This veteran of a thousand TV appearances and thousands more speeches and remarks, daubed his eyes with his handkerchief. He apologized to the assembled crowd.

But why should he apologize? If what has just happened in America is not enough to make the strongest man weep, what would be?

In that special place we all needed to recognize the gravity of what was done on Capitol Hill last March. Voting on a Sunday, no less, the Congress of the United States voted against Gettysburg.

Yes, this arrant, errant majority voted against the central meaning of Abraham Lincoln’s immortal address at Gettysburg. This nation, Lincoln had said, was conceived in liberty and dedicated to the proposition that all men are created equal.

Did Lincoln actually mean unborn children then? Of course not. He didn’t have to protect them. Abortion was then illegal in most states and would soon be illegal in all states. Why? Because medical science had just learned that human life began at conception. Those protective laws were passed at the urging of the American Medical Association, not the nation’s churches.

Would Lincoln have had an opinion on the slaughter of innocents had that question been posed to him? Perhaps we can find an answer in this Lincoln statement: “Nothing stamped in the divine image was sent into the world to be trod upon.” If Lincoln believed the slave was so stamped, do we really think he would consider the fate of unborn children above his pay grade?

The God who gave us life gave us liberty at the same time, wrote Thomas Jefferson. Those words are carved into his memorial. At the same time? What might that moment have been? Might it have been when they were created?

John Boehner may or may not become the next Speaker of the House. This is in God’s hands and the voter’s choice. Whatever happens this November, those of us who saw him that night will have a memory we will never forget.

We will remember that in the heart of this city of power and might, a man could get choked up when remembering his dead friend. We who honored Leader Boehner on May 5, and who cherish the memory of Henry Hyde, know in our hearts that the cause they defended will never die.