The GOP Has Some Fight Left 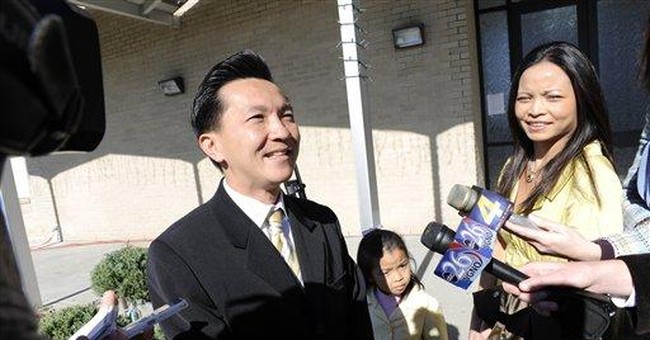 The 2008 election was certainly historic and unique as Republicans faced an extremely challenging – almost unprecedented – political environment. Despite experiencing one of the most difficult political cycles in modern times, our successes in Louisiana and Georgia show that with strong, conservative candidates coupled with an effective grassroots program, the Republican Party can win at every level.

With the election of Joseph Cao (LA-02) and John Fleming (LA-04), the voters of Louisiana embraced the conservative values of fiscal responsibility, strengthened national security and increased domestic energy production. Dr. Fleming, a Navy veteran and doctor, will strongly support the needs of veterans and their families and will work hard to reform our nation's healthcare system.

Senator Saxby Chambliss' reelection was not only a victory for the people of Georgia; it also denied Democrats any argument concerning a liberal mandate and unchecked power by way of a filibuster-proof Senate. Georgians voted against Jim Martin, a rubber stamp for President-elect Obama and instead reelected Chambliss, a proven leader who best represents the principles and values of working families in Georgia.

Despite strong support from President-elect Obama and Democrat organizations in Louisiana and Georgia, Republicans were victorious because we combined principled candidates with an aggressive ground game that enabled us to contact and turn out voters. Over the past two years, the RNC has concentrated on refining the basic fundamentals of winning elections. By investing in programs and technology, and training staff and volunteers across the country, we are giving candidates the necessary tools to get their message out and mobilize supporters.

In Louisiana, Republicans were victorious thanks to the efforts of the National Republican Congressional Committee (NRCC), Louisiana Republican Party (LAGOP), Cao and Fleming Campaigns, and the RNC. Our investment in technology allowed our team to maximize every volunteer and contribution. Through sophisticated online advertising techniques we targeted and reached Republicans who requested absentee ballots and we pushed them to the polls.

In Georgia, the seamless collaboration of the Chambliss Campaign, Georgia Republican Party (GAGOP), National Republican Senatorial Committee (NRSC), and the RNC enabled us to execute a statewide Victory plan that included nearly a dozen regional Victory offices, as well as paid staff and volunteers on the ground. Those Victory centers served as staging locations for the get-out-the-vote (GOTV) program with thousands of volunteers, reaching nearly a half-million Georgians in the last five days alone.

In both Louisiana and Georgia, we provided volunteers the tools to make phone calls and send emails that resulted in Republicans turning out in greater numbers than what the much-vaunted Obama grassroots operation was able to produce.

While November was certainly a challenging time for our party, we have been reminded in December that we know how to win races. As a party – we continue to improve our mastery of the blocking and tackling of politics – and remain committed to learning and passing on what we learn to operatives and officials in the states. We will continue to harness new technologies and leverage operative strategies that allow us to refine our approach, and improve upon our efficiency and effectiveness. For all those who were counting out the Grand Old Party, keep counting because we still have a lot of fight left in us, and both Georgia and Louisiana serve as reminders of what we can accomplish when we work together and remain committed to our principles.