When the Moral Compass Is Broken

Robert Knight
|
Posted: May 05, 2020 12:01 AM
Share   Tweet
The opinions expressed by columnists are their own and do not necessarily represent the views of Townhall.com. 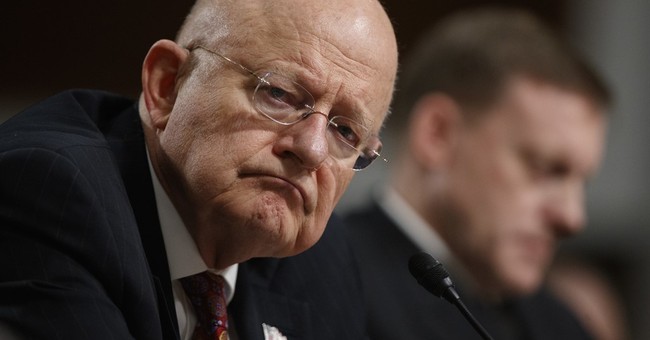 Normally, we might applaud any oversight effort to keep the government honest.

But Nancy Pelosi’s new House committee to investigate disbursal of coronavirus stimulus funds is suspect from the start.

In fact, appointing people like Maxine Waters and James Clyburn is like seating the Beagle Boys on a panel studying ways to improve security at Scrooge McDuck’s Money Bin.

California Rep. Waters, who has been a socialist kleptocrat all her career, is also famous for urging leftist mobs in 2018 to harass Trump administration officials whenever they appeared in public.

“If you see anybody from that Cabinet in a restaurant, in a department store, at a gasoline station, you get out and you create a crowd. And you push back on them. And you tell them they’re not welcome anymore, anywhere,” she said.

Sounds to me like she’ll be first in line if Mrs. Pelosi needs someone to chair a new House committee on “civility.”

For his part, Rep. Clyburn (D-SC) revealingly said that the government’s response to the pandemic should be a “tremendous opportunity to restructure things to fit our vision.”   Some watchdog.

There is no question that Mrs. Pelosi’s latest gambit has little to do with accountability (since when did Democrats care about guarding – not raiding – the public purse?) and everything to do with scoring points against President Trump.

Having failed to derail his candidacy via FBI spying, and watching their beloved Russian collusion hoax come back to bite them, the Left tried to turn a presidential phone call to Ukraine into a national security crisis and grounds for impeachment.

All they did was expose how deep the Bidens were into the graft of that former Soviet satellite nation, a topic the media avoid at all costs.  You might even fault Mr. Trump for not looking into it sooner, since it involved influence peddling at the highest levels of government during the Obama administration.

Speaking of the previous White House, if you want to know what happens when you issue bald-faced lies under oath, check out the University of Pennsylvania’s latest high-profile acquisition.  The college’s law school has placed former Director of National Intelligence James Clapper on the board of the Center for Ethics and the Rule of Law.

That’s right.  This is the guy who denied militant Islam’s ties to terrorism, proclaiming that Egypt’s Muslim Brotherhood was "largely secular.” He also predicted that Muammar Gaddafi would quickly defeat the Libya uprising, weeks before Mr. Gaddafi was dragged out and executed.

While under oath, Mr. Clapper told Congress flat out that the NSA wasn’t collecting data on U.S. citizens.  It was a huge lie.  So, add all this up, and he’s now an ethics guru at an esteemed Ivy League school.

Well, why not?  Across the Delaware River over at Princeton, Peter Singer, an evil nitwit who advocates letting parents kill their children up to a week after birth if they don’t want them, occupies an ethics chair and opines in The New York Times and other “mainstream” media.

As recently as March 11, Mr. Clapper told an interviewer at Penn Law that the Russians had a “huge” impact on the 2016 election, implying this is why Hillary lost.  He denied that former Trump aide Carter Page had been “spied” upon.  He did say Mr. Page had been on the “radar” of security officials since 2013 for meeting with Russians, but left out the crucial fact that Mr. Page had been an informant for the CIA.

Speaking of ethics, no one still has paid a price for the FBI’s misleading the FISA court to obtain warrants using the phony Steele dossier provided by Russians. That was paid for by Hillary Clinton’s campaign and the Democratic National Committee.   Mr. Clapper omitted that, too.

What about disgraced FBI Director James Comey’s botching the “inquiry” into Hillary’s illegal basement server, along with thousands of deleted emails and the smashing of phones sought as evidence?

The FBI under Mr. Comey also framed Michael Flynn, Trump’s one-time national security adviser, lulling him into a conversation that they used to ruin him.

The evidence is shockingly specific, according to newly released documents. Here’s an FBI official discussing strategy:

“I believe we should rethink this,” an FBI official wrote. “What is our goal? Truth/Admission or to get him to lie, so we can prosecute him or get him fired?”

Mr. Comey, who also leaked a memo about his confidential conversation with President Trump that wound up in The New York Times, was hired by the College of William & Mary to teach a course in “ethical leadership.”

The average American looks at all this and can’t help asking if any of these leftist miscreants will ever face justice, or at least not be rewarded with prestigious sinecures.

We have never seen anything like the three-and-a-half year war engaged by America’s domestic enemies against an elected president.  Some might call it treason.  It sure isn’t “loyal opposition.”

Our only hope is that somehow, the truth will get out despite the media’s best efforts to quash it.