A Growing Climate of Censorship

Robert Knight
|
Posted: Feb 04, 2020 12:01 AM
Share   Tweet
The opinions expressed by columnists are their own and do not necessarily represent the views of Townhall.com. 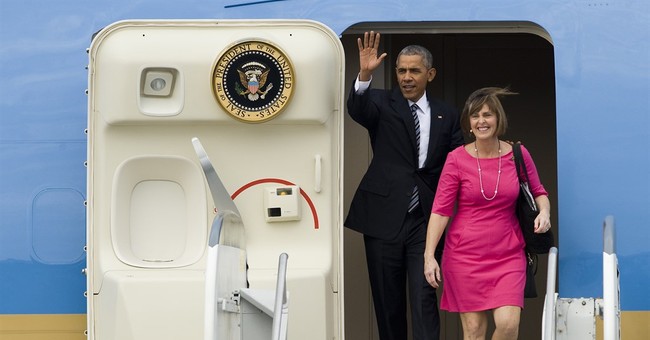 Now that Punxsutawney Phil has made his annual forecast from Gobbler’s Knob despite PETA’s best efforts to replace him with a robot, it’s a good time to issue another forecast.

I predict the Progressive Left will work even harder to crush dissent, especially when it comes to climate change.

For years, this quasi-religious movement has throttled university professors and dissident scientists who dare to question the accuracy of computer-model-generated forecasts of doom.

But Congresswoman Kathy Castor has gone further.  The Florida Democrat, who chairs the House Select Committee on the Climate Crisis, wrote to Google CEO Sundar Pichai on Jan. 27, asking that the giant search engine crack down on YouTube videos that convey “climate denial and climate misinformation.”

In other words, Google, which owns YouTube, is supposed to censor any views that conflict with Ms. Castor’s view of manmade global warming.  She wants an answer by Feb. 7.

Last October, she made a similar request, writing to Mr. Pichai to demand that Google “stop investing in organizations that deny the existence of climate change, or that are actively working to block progress on climate legislation.”

So, this powerful government official tells a private corporation not to send its privately-obtained money to other private entities with which this government official disagrees.  Then she follows it up with a call three months later to try to bankrupt the entities by effectively pulling the plug on their most visible online presence.

Might this qualify as an abuse of government power?

In her Oct. 16 letter, citing an article from the leftwing British paper The Guardian, she singled out the Competitive Enterprise Institute, one of the few major think tanks that compiles and disseminates information conflicting with that of the global climate establishment.  Her reasoning deserves a closer look:

“I understand that Google may be supporting CEI and like-minded organizations for their work on issues other than climate change,” she wrote. “It is impossible, however, to separate your support for one sliver of CEI from the whole. Your financial contributions support the organization’s infrastructure, augment its political influence, and, in turn, legitimize all of its activities—not just the ones you like.”

This is a handy quote next time someone insists that the $500 million annually that Planned Parenthood receives in taxpayer money goes only toward “healthcare.” Sure it does.

In her Jan. 27 letter to Mr. Pichai, Ms. Castor cites a report by Avaaz, a hard-left environmentalist group, which criticized Fox News, PragerU and others, along with corporations whose ads have run alongside the posts.

Avaaz shares Ms. Castor’s penchant for censoring opposing views. In Canada, for instance, Avaaz waged a campaign against a proposed television station called Sun TV, which Avaaz claimed would become “Fox News North.”   That would be a welcome corrective for our northern neighbors, who are drowning in a deep sea of political correctness.

“Avaaz accused the Canadian Harper government of conspiring with media mogul Rupert Murdoch to create a Conservative Party propaganda outlet that would bring ‘American-style hate media’ to Canada,” according to discoverthenetworks.org, which tracks leftist groups and their financing.

It’s not surprising that Avaaz has a totalitarian streak, given that it’s funded by a bevy of Marxists, including philanthropist George Soros, the SEIU, and MoveOn.org, according to ABC News.

The thing is, if Google takes Rep. Castor seriously, they’ll also have to remove Al Gore’s “An Inconvenient Truth” and other alarmist videos on YouTube that have proved to be inaccurate at best, scare-mongering at worst.

In 2007, a British court found 11 falsehoods and inaccuracies in Mr. Gore’s Oscar-winning documentary, which has not fared any better more recently.  In 2011, British journalist Christopher Monckton, an advisor to the Heartland Institute, listed 35 inaccuracies.

Mr. Gore’s film featured an animated polar bear slipping off melting ice, and a picture of an emaciated bear with the caption, “This is what climate change looks like.”  However, thwarting dire predictions, polar bears are thriving.   Susan Crockford, a renowned expert on the animals, estimates that the polar bear population has now quadrupled or even quintupled since Gore’s film was made.

The current population -- 22,000 to 31,000 -- is the highest it’s been in 50 years, so it was not surprising that the bears have been banished from climate change propaganda, including Mr. Gore’s follow-up film in 2017, “An Inconvenient Sequel: Truth to Power.”

That title is exactly opposite the truth. The powers that be have bought into many leftist schemes to remake reality, from climate change hysteria to transgender insanity to Trump Derangement Syndrome.

Those actually speaking truth to power have to buck a cabal of media, academia, entertainment and corporate elites who march in lockstep.

The Left’s agenda is so bizarre that they have to keep “canceling” anyone who poses a threat to their funhouse version of reality.

Which is why polar bears have been relegated to starring in Coke commercials.