Having a Merry Pagan Christmas

Robert Knight
|
Posted: Dec 18, 2018 12:01 AM
Share   Tweet
The opinions expressed by columnists are their own and do not necessarily represent the views of Townhall.com. 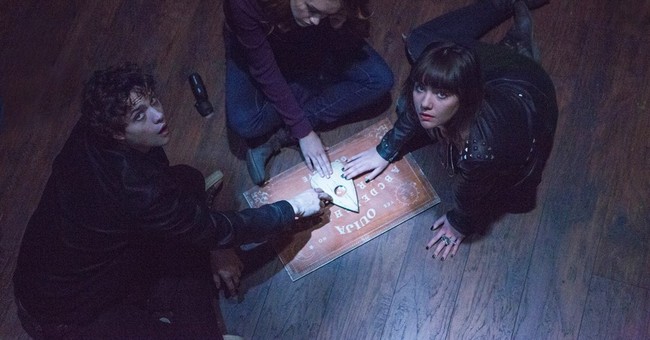 New York Times columnist Ross Douthat says the culture war in America may not be so much about secularism or atheism replacing Christianity but the rise of an old Christian foe – paganism.

This ancient religion differs from atheism in that it allows for a spiritual dimension to life and creation, but not an omnipotent, benevolent God.  The power is in the creation itself, which is why so many New Age adherents find divinity when they look at a sunset, a flower, or in some cases, their own mirror image.

Mr. Douthat explains the clash of worldviews presented in a new book by Steven D. Smith, “Pagans and Christians in the City: Culture Wars from the Tiber to the Potomac”:

“What is that conception? Simply this: that divinity is fundamentally inside the world rather than outside it, that God or the gods or Being are ultimately part of nature rather than an external creator, and that meaning and morality and metaphysical experience are to be sought in a fuller communion with the immanent world rather than a leap toward the transcendent.”

This is quite different from, “In the beginning, God created the heavens and the earth” (Gen. 1:1) and “All things were made through Him” (John 1:3).

Increasingly, “the universe” is replacing references to God in current TV shows and movies.  On the flip side, some of this year’s new Hallmark holiday flicks lean the other way, featuring sacred carols such as “Hark the Herald Angels Sing.”

The pagan worldview is promoted by leading figures such as Oprah Winfrey, with her New Age version of “can’t we all just get along?” and the prolific writer Sally Quinn, widow of longtime Washington Post editor Ben Bradlee.

Ms. Quinn writes on religious topics for the Post, and used to edit the Post’s religion page, which is a smorgasbord of modern heresies, the wilder the better.   The Left favors almost any religious expression other than orthodox Christianity, which is why it’s soft on paganism and even Islam.

The latter’s militants are inflicting terror all over the world, most recently when a gunman yelled “Allahu Akbar” before gunning down 16 people, killing at least two, at a Christmas market in Strasbourg, France on Dec. 11.  The Post, like the rest of the media, downplayed it, ignoring the religious motivation and playing up the shooter’s criminal past.

Ms. Quinn chronicles her own plunge into witchly pursuits in her 2017 memoir “Finding Magic” in which she describes dabbling with the paranormal and hexing people she didn’t like.

She says she left behind the dark arts following three deaths that occurred shockingly soon after her hexing.  But she’s not done with the occult.  In a Washingtonian magazine profile in August 2017, Michelle Cottle wrote, “Ouija boards, astrological charts, palm reading, talismans—Quinn embraces it all. And yes, she has been in contact with her husband since his passing. Through a medium. Repeatedly.”

Recommended
What Are You Trying to Say? Here's Pew Research's Messy Study on COVID in GOP-Controlled Counties
Matt Vespa

If you wonder why the Post gives short shrift to the biblical view that sex is a God-given gift to be enjoyed only in marriage, well, it shouldn’t be a mystery.

Elsewhere in the Post’s Style section, columnist Monica Hesse admits an addiction to the classic movie “White Christmas,” but makes sure to point out its politically incorrect flaws, such as a song about minstrel shows.  The movie is redeemed when Danny Kaye rebuffs a kiss from the beautiful Vera Ellen.  Mr. Kaye “demures so vehemently that the ‘White Christmas’ message boards have speculated that the character might be gay. Well, if so, kudos to that subversive choice, too.”

Kudos for subversion of romance between a man and a woman?  This is liberal virtue-signaling at its purest.   In the progressive worldview, everything is political, including sex.

Ms. Quinn says that friends have repeatedly asked her to place a hex on President Trump, an idea which, to her credit, she’s rejected. But think about that. Sally’s lefty pals hate Mr. Trump so much they want him magically killed, not just removed from office.

Pre-and-Post Christian pagan societies are not known for their qualities of mercy.

Robert Knight is a Townhall contributor. His latest book is “A Nation Worth Saving:   10 Steps to Restore Freedom” (djkm.org/nation, 2018).