The Power of Gratitude

Robert Knight
|
Posted: Mar 06, 2018 12:01 AM
Share   Tweet
The opinions expressed by columnists are their own and do not necessarily represent the views of Townhall.com. 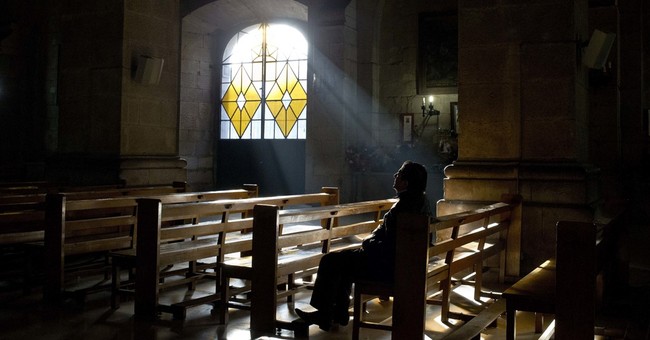 One of the most memorable lines in the 1991 Bill Murray comedy “What about Bob?” was spoken by child actor Charlie Korsmo.

As his frustrated father, an insufferably egotistic shrink played by Richard Dreyfuss, fails to get the kid, Siggy, to dive off a lakeside dock, the boy lurches away, blurting out, “With all the horror in the world, what difference does it make?”

What, indeed?  If you consume a steady diet of news, the world looks pretty bad on almost any level.  What real difference could any of us make?  That’s the nature of news; it’s an ever-turning carousel of human foibles, tragedy, the bizarre and occasionally the benign but interesting tidbit.  Plus sports.

I am a voracious news consumer, and have never been a glass-half-full kind of guy.  More the other kind.    But I’ve found over the years that the folks who mostly look for the good instead of the bad are nicer to be around and have a secret power: gratitude.

The film critic and talk show host Michael Medved once opened his keynote speech to a Media Research Center cultural conference in Washington during the presidency of George W. Bush by noting that there are two kinds of people in the world.  The first kind get up in the morning, complaining about everything and expecting bad things to happen to them.  “Bush is still president!” they whine.  “Things are awful! America is a terrible place!”

Today, the script is the same, only it’s President Trump they’re lamenting, along with “racist, Fascist America!”  Never mind that millions of people would give almost anything to live in the United States, including many who have lost their lives trying.

The second kind, Mr. Medved said, are the grateful ones who start their day by looking up and saying, “Thank you, God, for another day of life. Thank you that I can breathe and think. Thank you for this free country we live in. Thank you for my family.”  And so on.

Mr. Medved is in good company, and research shows it.  According to a study published in the Journal of Positive Psychology in September 2011, “Grateful to God or Just Plain Grateful?” people who expressed general gratitude were less anxious, depressed and had greater wellbeing than the kvetches.

Many of the world’s great thinkers over the centuries have celebrated the rewards of being grateful.

“He who receives a benefit with gratitude repays the first installment on his debt,” wrote the Roman statesman and dramatist Seneca the Younger (4 BC –AD 65).  All of his plays were tragedies and he was forced by the evil emperor Nero to commit suicide.  But, he penned a lot of wonderful lines before being done in, including “all art is but imitation of nature,” which to this day must drive the abstract impressionists crazy.

The Stoic Greek philosopher Epictetus (AD 50—120) wrote that gratitude to the Creator is a logical response to life:  “Were I a nightingale, I would sing like a nightingale; were I a swan, like a swan. But as it is, I am a rational being, therefore I must sing hymns of praise to God.”

And this:  “Any one thing in creation is sufficient to demonstrate a Providence to a humble and grateful mind.”

Given that we’re on the threshold of spring, it’s a good time to celebrate the rebirth of life, along with something greater, as did the English poet Thomas Gray in his Ode for Music (1769):

Sweet is the breath of vernal shower,

The still small voice of gratitude.

Getting back to Siggy (who did learn to dive) and his question in “What About Bob?” an attitude of gratitude makes a lot of difference to ourselves and to those around us.

That’s good medicine no matter who’s in the Oval Office, what Nancy Pelosi is doing, or how our day is going.

Robert Knight is a Townhall contributor. His latest book is Confronting Lies and Hate:  Responding with Truth and Grace (D. James Kennedy Ministries, 2018).