Hate Accusers Are Getting Some Serious Pushback

Robert Knight
|
Posted: Jul 07, 2017 12:01 AM
Share   Tweet
The opinions expressed by columnists are their own and do not necessarily represent the views of Townhall.com. 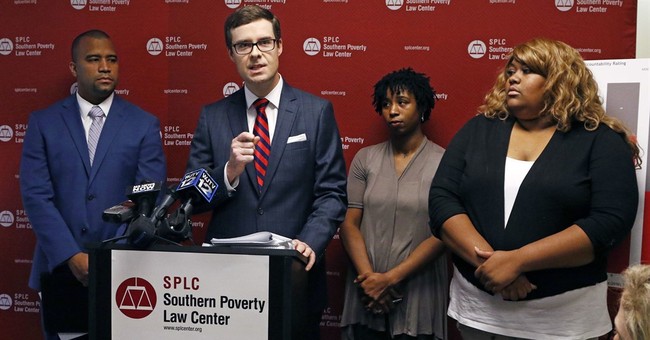 Frustrated by its inability to win elections, the Left is attempting to silence opponents through intimidation, either in the streets or in the courts.

The latest example is the hijacking of GuideStar USA by the Southern Poverty Law Center (SPLC).

GuideStar is a database of more than two million nonprofit and non-governmental (NGO) organizations. It’s considered the foremost authority on nonprofits, and had a self-avowed reputation for “remaining neutral.”

That changed when a leftwing activist, Jacob Harold, came aboard in 2012. Mr. Harold, whose bio boasts of donating to the Obama campaign, extensive activism on behalf of climate change groups, and hosting a NARAL Pro-Choice D.C. men’s event, tweeted a photo of himself holding a sign protesting President Trump at the radical Women’s March in January.

Apart from Vermont ice cream magnates Ben and Jerry, it might be hard to find a more radically leftist major CEO. So it’s no wonder that Mr. Harold welcomed the SPLC as an authority on “hate groups.” Using the SPLC’s “hate map” as a resource, GuideStar smeared 46 organizations, many of them Christian, as “hate groups.”

The SPLC has a long history of abusing nonprofits and individuals with whom they disagree. They tar innocent people and may have inspired at least two terrorist incidents. The SPLC’s “hate map” lumps Christian and conservative organizations with neo-Nazis, skinheads and other violence-prone groups. The most common offenses? Failing to salute the brave new world of sexual anarchy or unlimited illegal immigration.

On August 15, 2012, a disturbed young man, Floyd Corkins II, who later told the FBI that he had been inspired by the SPLC’s “hate map,” attempted to commit mass murder at the D.C.-based Family Research Council. He had a knapsack full of extra rounds and Chick-fil-A sandwiches that he had planned to stuff into the mouths of his victims. Stopped by Leo Johnson, a courageous guard who was shot while subduing him, Corkins became the first person in U.S. history to be convicted under Washington, D.C. law of domestic terrorism.

On June 14, Bernie Sanders follower James T. Hodgkinson, who had “liked” the SPLC on Facebook, shot up Republican congressmen and their staffs at a baseball practice in Alexandria, critically wounding Republican Majority Whip Steve Scalise, and injuring four others. The Louisiana congressman had been singled out by the SPLC for an alleged connection to a white power group, a charge he denies.

On June 21, a group of 41 Christian and conservative leaders, including former Attorney General Edwin Meese, signed a letter to GuideStar demanding deletion of the defaming labels, which GuideStar did – sort of. The labels were removed but the damage was done and the information is available upon request.

Next, Liberty Counsel, a Christian legal foundation, filed a defamation lawsuit on June 28 in the U.S. District Court for the Eastern District of Virginia against GuideStar for posting a label on Liberty Counsel’s GuideStar page describing it as an SPLC-designated “hate group.”

The SPLC, which built its reputation years ago by monitoring the Ku Klux Klan and other violent groups, still raises money by the boatload with its scare tactics and has a $300 million endowment. That allows it to do things like send a dozen attorneys to New Jersey, where a jury under a liberal judge in a kangaroo court in 2015 found a small Jewish group, Jews Offering New Alternatives for Healing (JONAH) guilty of consumer “fraud” for directing people to counselors who aid people in overcoming unwanted same-sex desires.

The SPLC also listed former Republican presidential candidate Ben Carson in the “hate” category for his stances on marriage and biblical morality before public outrage made them withdraw the label.

Three years ago, the F.B.I. dropped the SPLC as a source for identifying hate groups. In March 2016, the U.S. Justice Department accused SPLC attorneys of “lack of professionalism” and “misconduct” for falsely characterizing the Federation for American Immigration Reform and the Immigration Reform Law Institute as “hate groups.”

Maajid Nawaz, a moderate Muslim who opposes Jihad extremism, says he is also suing the SPLC for defaming him and his organization, the London-based Quilliam Foundation.

If there is still doubt as to the SPLC’s motives, it was laid to rest in an interview with SPLC Senior Fellow Mark Potok, who said that his group’s “hate group” criteria “have nothing to do with criminality or violence or any kind of guess we’re making about ‘this group could be dangerous.’ It’s strictly ideological.’”

Mr. Potok is also on video stating, “Sometimes the press will describe us as monitoring hate crimes and so on. I want to say plainly that our aim in life is to destroy these groups, to completely destroy them.”

And the SPLC still has a shred of credibility? Sure they do. Ask any “mainstream” journalist.