Robert Holland
|
Posted: Feb 19, 2018 12:01 AM
Share   Tweet
The opinions expressed by columnists are their own and do not necessarily represent the views of Townhall.com. 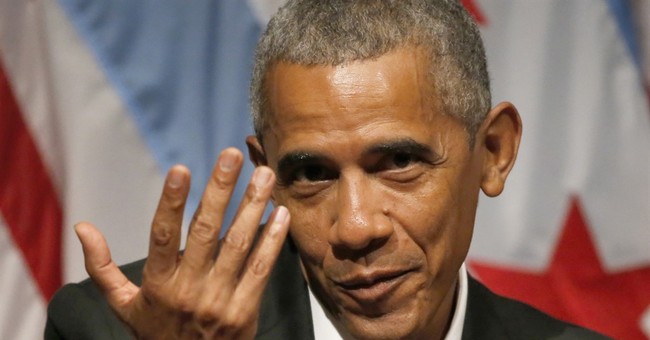 In our grab-and-go culture, who does not love action? Action movies. Action comics. Action videos. Action sports. Action figures. We want what we want, and we want it now. It should come as no surprise then that progressives in the education world are now heralding what they call “Action Civics” (AC).

Goodness knows, we need “action” to restore the serious study of civics in schools and colleges. As National Association of Scholars (NAS) president Peter Wood has written, that means kids “learning about how our republic governs itself.” Unfortunately, the action we’re getting appears to be aimed in an entirely different direction.

A blockbuster 2017 NAS report documented how a movement devoted to political activism has swallowed civic education, beginning in higher education. Wood asserts this “New Civics” is actually “hostile to traditional civics, which it regards as a system of instruction that fosters loyalty to ideas and practices that are fundamentally unjust.”

Beginning in the 1960s, the left increasingly has succeeded in converting the liberal arts into vocational training for community activists and degenerating good-hearted voluntarism into compulsory co-curricular activity.

Malign ideology often originates in academe and then trickles down into elementary and secondary education. This evidently is happening now with the touting of K–12 Action Civics. AC isn’t about students spending hours studying the basics of how representative government works in our republic or writing well-researched papers on the evolution of the secret ballot or debating the workings of the Electoral College. Instead, the emphasis is placed on methods for putting civics into action, which mostly involves youngsters becoming activists for selected left-wing causes and working together to bring about social change.

Education Week, the trumpet for progressive fads and fashions that sweep through the education world like the winds of March, recently named AC one of the “Ten Big Ideas” that are currently rockin’ K–12 schoolhouses. Its writer, Stephen Sawchuck, said AC’s supporters cite several core principles, among them “the importance of collective action, elevating youths’ voices, and giving young people opportunities to lead.”

Collectivity is clearly the name of the game. “Action civics,” Sawchuck noted, “means students are actively engaged in identifying a problem in their local communities, researching solutions, and trying to advance them through civic channels, including organizing and presenting their findings to policymakers.”

That is far different than a project done by an individual student drawing independent conclusions. This is groupthink in action, with students organizing and campaigning for their collectively determined “solution” to what they together deem a problem. Never mind that there might be better solutions, or that the problem might be minor or even non-existent. And who but an adult instructor with his own biases guides them toward becoming single-minded community organizers?

The NAS study found New Civics gained momentum in 2011, when the nation’s most famous community organizer, President Barack Obama, heartily endorsed a report underwritten by his appointees at the federal Department of Education and drafted by the American Association of Colleges and Universities. Titled “A Crucible Moment,” the report advocated the idea of students actively “doing” democracy, concluding that such “civic learning needs to be an integral component of every level of education, from grade school through graduate school, across all fields of study.”

That obviously encompasses K–12 Action Civics. Sure enough, the Chicago-based Obama Foundation is now a major player. In a piece in Education Week’s special report on “10 Big Ideas,” foundation CEO David Simas (who was Obama’s second-term director of political strategy and outreach) spoke of Barack and Michelle Obama visiting schools and meeting students who have “a desire to change their communities and the world. Those are exactly the type of people the Obama Foundation wants to work with and lift up.”

Indeed, it is developing programs to train kids to take advantage of Action Civics. Another big player in Action Civics is the National Action Civics Collaborative (NACC), also based in Chicago. It intends to implement AC “in every school and youth organization throughout the country.” Its guiding principles are: “Youth voice, youth expertise, collective action, and reflection.”

Some of the collaborating leaders might well intend to support constructive projects that open opportunities for students to put civic knowledge to work without being immersed in partisan politics or ideological crusades. However, it is hard to ignore one of the three student stories NACC features on its website is a lad who learned his civics as a 16-year-old by campaigning in Indiana for presidential candidate Obama in 2008. It is highly doubtful a young Republican would receive support and acclaim from the change agents of Action Civics.

Robert Holland (holland@heartland.org) is a senior fellow for education policy with The Heartland Institute.