The Resistance Show Goes On … For Now

Robert Charles
|
Posted: Feb 01, 2017 10:26 AM
Share   Tweet
The opinions expressed by columnists are their own and do not necessarily represent the views of Townhall.com. 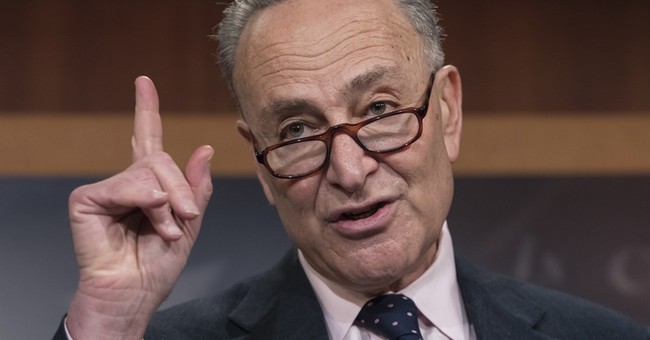 What a show. A banner unfurled last week by activists in Washington read: Resistance. The movement has now gone “inside” the federal government. Some federal workers apparently do not agree with President Trump’s election or mandate. Senate Democrats are giddy.

Then-acting Attorney General Sally Yates instructed lawyers in the Justice Department not to defend President Trump's anti-terror executive order, aimed at protecting Americans through heightened refugee vetting and a temporary halt to entrants from terror-riven countries. The nation’s chief executive had no choice. He rewarded this act of intentional nonperformance and official insubordination with firing. He replaced her with Dana Boente, who has upheld the law. A president in the right was forced to fire an acting attorney general in the wrong.

But … watch the howls to go up. First, the left will draw a parallel to Richard Nixon’s “Saturday Night Massacre,” which was the exact opposite of what just happened. In that case, a president in the wrong, fired a special prosecutor in the right, forcing two other high level resignations.

Facts: President Nixon – to whom Special Prosecutor Archibald Cox had issued a subpoena for tapes tied to Watergate – told Attorney General Elliot Richardson to fire Cox. Having promised Congress he would not, Cox resigned. His deputy, similarly bound, did the same. Eventually, the solicitor general, with grave reservations, fired Cox. That was the complete opposite of this week’s situation. But watch the left trot this out, referencing Nixon.

Next watch – all predictable – as the left backhands the newly appointed acting Attorney General Boente, for enforcing federal law. While his tenure will be short, they will stretch it with delays on incoming Attorney General Jeff Sessions’ confirmation. Why? No good reason. Just because they can. While Senator Sessions should have been confirmed by now, they will stage speeches, do more grandstanding, and delay his confirmation for a week or so.

Then, they will pivot. The left will begin howling for wider “resistance” from federal judges, hoping to undermine the presidential directive – and president. Senate Democrats may believe they have nothing to lose. But they do. They will raise a chorus for more “resistance” across the federal government to the president, who is trying to protect average Americans.

They miscalculate. These Senate Democrats do not see how America sees them. They do not see that America recognizes that they are a divided party, veering hard left, leaving moderates and average Americans who thought they were Democrats – alone. This – to a lesser degree – happened between 1980 and 1984, leading to a 49-state landslide by Ronald Reagan in his reelection. But that prospect lies far ahead. For now, Democrats raze the roof with howls to resist – and yet, to what end?

Pivoting to State, they will laud grousing Foreign Service Officers who think “resisting” will somehow help keep their jobs, or intimidate the president or his not-yet-confirmed Secretary of State. Think again. Another serious miscalculation. As a portion of the federal workforce “resists” this president’s agenda, propounding lofty diplomatic observations, they undercut their own position – and their own government.

They think the secretary will distance himself from the president who appointed him, extending remarks he made on Russia. Very doubtful. The measure of this man is integrity, and the executive order is lawful. If all laws warrant review, some tweaks and revisions; if most rollouts are bumpy, especially at the start of an administration changing course, disavowing an executive order is not in the cards.

Soon enough, lively diplomats will wish they had interposed a “diplomatic pause” in their resistance. All this effort to undermine President Trump seems almost coordinated. But such “resistors” do not see what the average Americans see – self-serving acts of self-absorption.

Finally, expect the disaffected left to start finding “victims” of the president’s protective executive action, throwing up interlocutory orders, seeking preliminary injunctions, holding forth for the objectively-hard-to-vet refugees. Members of Congress will offer bills with grand names –but no chance of passage. They will press resistance to the president they hoped would not win, but did. They do not understand.

Facts: They forget, for example, that President Carter banned Iranians from entering the US, cancelled their visas in 1979, no notice. He too had a bad rollout. They do not mention Iran was 99 percent Muslim, then and now; a promotor of terrorism, and a place where religious minorities were regularly persecuted, and continue to be. These historical facts are forgotten, perhaps because they are doubly inconvenient, now that former President Obama cut a Faustian “nuclear deal” with Iran – which just launched another forbidden ballistic missile. Inconvenient facts abound.

All comes back to the show. Ralph Waldo Emerson said, “A foolish consistency is the hobgoblin of little minds, adored by little statesmen and philosophers and divines.” The left’s unrepentant “resistance” to average Americans is such a foolish consistency. But then that is why we have elections, and will in two years.

As once rational Democrats veer further and further left, abandoning their party’s prior practices, principles and pretense to balance, egging each other to be less cooperative with President Trump, America just watches. They see and they will remember. Exactly 24 Senate Democrats will be up for reelection in two years. The gamble is breathtaking. Is cooperation so hard, resistance so alluring? Apparently so. The show goes on.