Robert Charles
|
Posted: Feb 23, 2016 12:01 AM
Share   Tweet
The opinions expressed by columnists are their own and do not necessarily represent the views of Townhall.com. 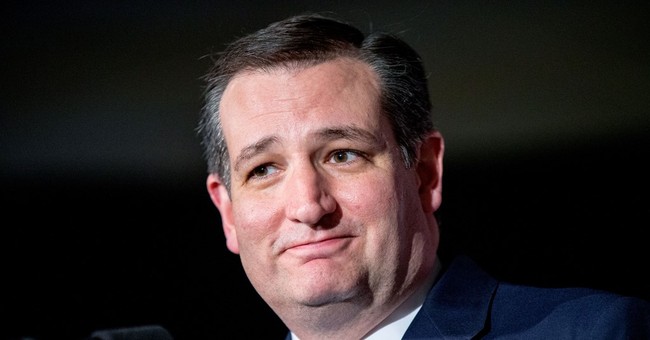 Well, what do you know: In 1980, after reported differences in communications strategy and just before the New Hampshire primary, Ronald Reagan fired his press secretary, Jim Lake, along with two other senior staffers. Ronald Reagan, the seasoned conservative, was in a pitched battle with his party’s moderate, George H.W. Bush. The Reagan campaign was in debt and seemed not to have The Republican Establishment with him.

In that moment, the future “Great Communicator,” and arguably one of the best Commanders-in Chief the Nation has ever seen – who would later create 18 million American jobs with tax and spending cuts, rebuild the American military and bring down the Soviet Union, and then put Justices like Antonin Scalia on the US Supreme Court – regrouped. He made a tough call, at a tough time, refocusing his team on his personal vision. Suddenly, the gloves were off and the lights were on – It was “Morning in America.”

Wind the clock forward and one has to wonder, does history repeat itself? Despite winning Iowa and placing strongly in New Hampshire and South Carolina, Senator Ted Cruz fired his communications chief – for what he viewed as a lapse in judgment. Cruz put an instant stop to that Establishment media narrative that he does not care, and went further – reaffirming that his campaign tolerates only the highest standards when issuing external communications involving any other candidate. In effect, Cruz regrouped.

Where will this lead the rising Cruz campaign, to higher levels of public engagement, public trust and a clear, simple, credible message? We shall see. In any event, the decision was a tough call. It was made at a tough time – mid-campaign. Yet it was a good one. The call is a show of strength. While no one alleges malice, there have been too many slips. Sometimes enthusiasm and zealous support – and this goes for Trump and Rubio also – can cross an invisible line, where good intentions end up demonizing, unfairly diminishing, or personalizing a foe. Cruz said “enough.”

As a man, it is clear that Senator Ted Cruz lives by high standards. His ethical and duty-focused approach to life is evident in his career. No one has ever questioned his business or legal ethics, his priority on faith, family and intellectual honesty. He has methodically attended committee and floor votes and meetings, and even pushed up against the limit of human endurance in filibusters over Obamacare. Now, having seen enough freelancing, he has fired his communications director. Good job. That was a tough call, but the right one.

Who knows if making tough staff decisions will help advance the winner of Iowa to win big in the coming primaries, as Reagan did in 1980, but one has to tip the hat to Cruz.

Making such tough choices – which sails to raise and which to lower, which to lash and which to unfurl - mid -storm – is serious business, and a sign of real leadership. Wherever the Cruz campaign goes from here, the rudder is clearly well-held, the compass bearing well-kept, and now the message likely to stay tight to the candidate and his priorities. A similar course re-set was needed in 1980. Now, let’s see if the Cruz Campaign reaches the same destination that a re-set Reagan campaign did.