That Voice in the Wilderness 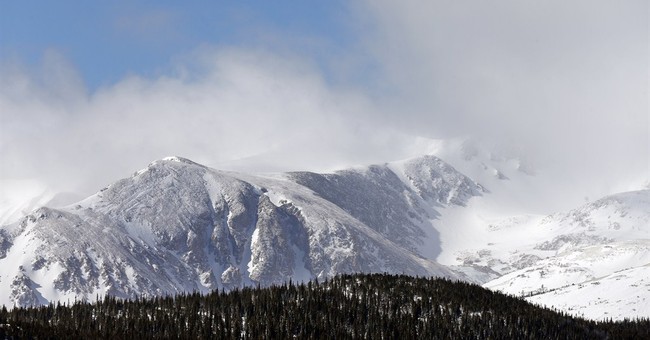 Vox clamantis in deserto. A voice in the wilderness. That phrase is from the Bible (Isaiah 40:3), but also happens to be the motto of my alma mater, Dartmouth College. Although both the Bible and Dartmouth – the latter founded before the American Revolution by a man who arrived, literally, in "the wilderness" with 500 bibles – use the Latin (originally Greek) to mean slightly different things, the spirit of the phrase however is clear: Even one voice, speaking truth on its own, can make a difference. Today, that one voice is the average American. It is you. It is me. And the time has come to speak.

Why do I say this? In the grand scheme of things, what difference does one voice make? I say this because, not so long ago, that one voice was issuing from a little place called Jamestown, Virginia. It was the voice of John Smith. Common name, uncommon man. And then the little voice was heard in Plymouth, Massachusetts. It was the voice of William Bradford. And then the voice seemed to come from a clutch of men in Virginia again, people like Patrick Henry, George Mason, James Madison, Thomas Jefferson, and yes a man who chose his words carefully, George Washington.

To the North again, the voice rose in the mouths of men like Paul Revere, Henry Knox and Nathaniel Greene. To the South again, the wilderness heard Robert Howe and Horatio Gates, two of Washington’s other distinguished generals. And before long, that voice - the voice of individual freedom, transcendent hope and the call to restoring both, was no longer one voice. It was a small chorus.

Standing up for simple, God-given rights – that is for natural law rights – has a way of uniting people, calling forth “the better angels of our nature” (the last words President Lincoln’s first inaugural address, later cited by Reagan), waking them up, infusing them with common purpose. The sheer common sense of a call to speak up for timeless rights – at a town meeting, school gathering, in a hearing on some new regulation, on a street corner or in a local paper, these days on a blog or on Facebook – can be both liberating and compelling. Once that person speaks, however, others chime in. Where submissive silence ruled, there is a choral call. Often it is for a course correction, a return of rights taken, a rebalancing in the direction of individualism, progress through merit, effort, attitude and faith – a call to stop government intrusion and largess. This is not just true in our time, but of all recorded history.

So, by no accident do we have our Bill of Rights – a document unique in the world when it was created – and a compelling case made to protect us from Federal Government overreach. It was framed to protect us from a potentially powerful national government, not from States, although today it applies to both types of government overreach. And it started – just as it must be preserved – by voices in the wilderness. Voices like yours and mine.

Some voices are quiet and hard to hear, like those of a family and child unjustly torn apart by an act of the state, or those of a film maker jailed on the pretense that he caused an Ambassador's death, or those of thousands of combat veterans who are deserving of our best care and fullest honor, who want very little but g tricked, given less than they deserve, made to wait longer than many can ... by a national government that either does not understand or does not care. That is why we have our voices.

This is when the chorus must, as they say, sing together, project with one voice, use the diaphragm – and use the heart – to speak with a common voice. This is when sober, strong and well-reasoned voices must put down what they are doing, stand up and speak up. As the resonance of the chorus grows, it draws to it and draws over those who share the conviction that individual liberty and freedom from government overreach is seminal, central, and important. Voices not heard before begin to speak.

This is when average Americans must speak, too. All of us. Do you recall that earnest young man, with a face creased by worry or concern, perhaps even by the fear of public speaking, that was drawn by our famous American illustrator Norman Rockwell? The piece has become iconic, celebrated in the pantheon of Rockwell classics called "The Four Freedoms." It is a simple piece. It is entitled simply, "Freedom of Speech," and first appeared on the cover of The Saturday Evening Post on February 20, 1943. Our Nation was at war then, too. Rockwell found his subject in real life, at a simple town meeting in New England. A lot of truth seeking – and truth finding – occurs in such places, locally.

Here is a solitary American, speaking from the heart. He stands in his day's work clothes, firm chin and clear eyes, respectful yet resolved, humble in demeanor but unwilling to bend or sit by in silence. He is America Herself in a single portrait, that epic voice in the wilderness, an average American drawn to his feet – one senses reluctantly – by concerns on which he feels he must speak. It is compelling, and has been for 70 years. Look at it again, if only on line. He is our vox clamantis in deserto, as he rises to his feet and stands tall to speak. And note this: Those around him are listening.

So, here is the secret - two of them really. First, that average American immortalized by Rockwell is just like me and you - and he has summoned the courage now to say, to those who must hear him, enough or too much or let us stop this foolishness or reconsider what you are doing or you are on the wrong track or there are more of us than you know, or some other caution that issues from his lips - driven there by a heavy heart, deep convictions.

And the second secret is this: He is speaking, through Rockwell, to you and to me. He is reminding us - that America and Rockwell, just as all those earlier voices did, that we must summon the courage to say what we believe, draw ourselves to our feet, and to protect the rights they defended for us so that we would for them, and for those who will follow us.

We must also explain why these rights matter to us, to posterity, to antiquity and modernity alike. Some of us will speak like Rockwell, others like that lone American in his work jacket, others cautiously like Washington, and still others like Patrick Henry, James Madison or our own grandparents.

But the point is this: Even a voice in the wilderness can be heard. From that lone voice can spring the inspiration and courage, as well as an invitation to education and reawakening of convictions that make us all stronger. Using our voice preserves the right to use our voice. And more than that: Using our voice is how our democracy – and the rights it protects – will survive. Indeed, that is the only way it will survive. So join me and become, if you would, if you could, if you will, if you can, another voice in the wilderness. Looking back, I think we are in good company, indeed we are in some very good company. They set the standard high. It is our turn.