Say No to Steel Quotas

Robert Bradley
|
Posted: Apr 12, 2019 2:01 PM
Share   Tweet
The opinions expressed by columnists are their own and do not necessarily represent the views of Townhall.com. 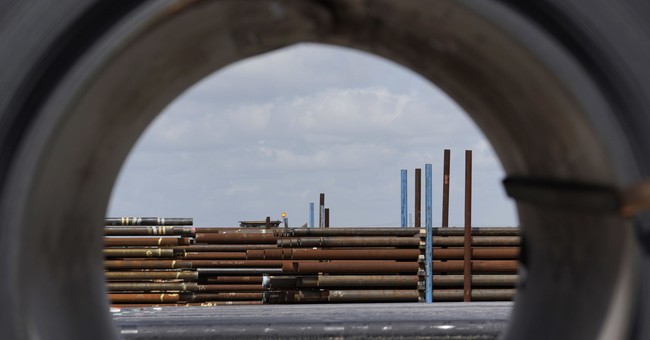 President Trump's landmark trade deal is in trouble. It's increasingly uncertain whether Congress, as well as the Canadian and Mexican legislatures, will ratify the all-important United States-Mexico-Canada Agreement (USMCA).

USMCA talks have been going on since July 2017. What was supposed to be seven rounds of trade-deal talks has turned into many more. In the past two months, White House officials have met with close to 300 lawmakers.

Now, all three countries are hung up on one key issue. They want the Trump administration to eliminate its tariffs on imported Mexican and Canadian steel before a vote on the deal.

That's a perfectly reasonable request. These tariffs have been painful for American businesses, especially oil and natural gas firms that President Trump has otherwise supported with free-market policy. Keeping these tariffs in place -- or worse, switching to an import quota system, as some members of the administration have suggested -- would imperil energy companies. Consumers would face higher utility bills. And many workers could lose their jobs.

In short, it's time to scrap the tariffs.

President Trump imposed the 25 percent tariff on steel in June of last year. These import duties created a massive tax on every American company that uses steel, from auto manufacturers to shipbuilders.

The tariffs also dealt a blow to Canada, which is America's largest foreign supplier of steel. So it's no surprise that Canadian officials have threatened to delay their approval of the USMCA if the tariffs stay in place. Mexico has made similar demands.

Furthermore, Canada and Mexico also imposed retaliatory tariffs on U.S. agricultural exports. Those levies have hurt farmers and raised the ire of senators from agriculture-dependent states.

To appease these lawmakers while keeping the White House's protectionist officials happy, Secretary of Agriculture Sonny Perdue has tried to broker a compromise. He's urging the president to replace the existing tariffs with steel quotas.

The oil and natural gas industry has boomed over the last decade thanks to advancements in hydraulic fracturing, or "fracking." Since 2011, the United States has been the world's leading developer of oil and natural gas -- exceeding both Russia and Saudi Arabia. The industry supports more than 10 million American jobs and contributes $1.3 trillion to the nation's economy.

But new production needs new pipeline capacity to sustain this boom. Roughly 77 percent of the steel used to make pipelines is imported, according to one recent analysis. For the most part, these imports consist of specialty pipes that only a few, if any, American manufacturers are equipped to produce. For pipeline companies, "buying American" just isn't an option.

Quotas in place of tariffs threaten to delay, if not cancel, planned pipeline projects.

Last year alone, energy firms in Texas's Permian Basin announced 15 new pipeline projects which, together, would boost carrying capacity by 7.7 million barrels. If quotas are enacted, these projects could be put on hold for years. The downstream ripple effects of less energy will be felt.

Ironically, a quota system wouldn't even appease our neighbors. As Mexico's Deputy Economy Minister Luz Maria de la Mora recently told reporters, "Quotas make no sense, they're a way of managing trade . . . What industry in North America needs is the elimination of this tariff and not managed trade."

Steel tariffs have weakened our economy and endangered the president's signature trade deal. It's time to lift those tariffs -- and not replace them with a misguided quota system that would only make things worse.