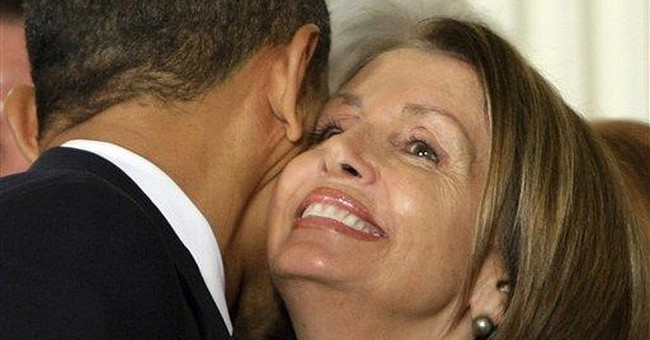 Here’s a crazy idea: we need to change the American health care system.

No doubt you’ve heard that a few times this year. But Eugene Robinson thinks he’s discovered a new and amusing angle. “If you haven’t heard the name Sue Lowden, brace yourself,” the columnist wrote in The Washington Post. She’s a Republican bidding to challenge Senate Majority Leader Harry Reid in Nevada.

Robinson concludes she must be a wacko. After all, last month she declared patients should “go ahead and barter with your doctor” as a way to lower health care costs.

“Let’s change the system and talk about what the possibilities are,” Lowden told a television interviewer. “I’m telling you that this works. You know, before we all started having health care, in the olden days, our grandparents, they would bring a chicken to the doctor. They would say ‘I’ll paint your house’.”

Robinson dismisses the idea, calling it “chickens for check-ups.” And let’s grant that few doctors are going to accept livestock as payment, especially since few patients likely have any to offer.

But, know what we DO have to offer? Cash. You know, green bills with pictures of dead white men on them. It’s not crazy to suggest that patients ought to start paying directly for their health care. In fact, it may be the only way to control costs.

For most Americans, the problem isn’t a lack of health insurance. At least 85 percent of us already have it. The problem is that, because an insurance company pays the bills, we have no real concept how much health care should cost. In many cases, treatment is “free” to us after a small deductible.

Consider how this differs from, say, car insurance, which President Obama cited as an example during his February summit. Car owners carry insurance hoping they’ll never need to use it.

But suppose auto insurance paid for gasoline (after a 25 cent per gallon deductible) and that your employer “paid for” your auto insurance as part of your wage. Nobody would care whether gas cost $3.00 a gallon or $30.00. Everyone would buy the biggest car possible and feel free to leave the engine running all the time. After all, the fuel would seem virtually free.

Sadly, that’s how health insurance works. Nobody has any idea what anything costs, and costs keep going up. Of course, lawmakers have a plan to fix that latter problem. Led by Harry Reid they passed ObamaCare, which is supposed to “cover the uninsured” and “bend the cost curve” down.

Reid’s campaign recently sent an e-mail asking the question: “Has Sue Lowden Lost Her Mind?” But it’s the folks inside the beltway who seem to be losing touch with reality.

Consider Peter Orszag, director of the federal Office of Management and Budget. He recently explained to Newsweek that he thinks ObamaCare will lower costs. “I actually think the history of previous legislation is auspicious. When reductions are legislated, they tend to [have a bigger] effect than some of the media depictions had suggested when the bill was being debated.”

To hold down the cost of Medicare, Congress voted in 1997 to cap what it pays to doctors. Starting in 2003, it began voting to override those cost controls. In order to comply with its own law at this point, Congress would need to lop payments by 21 percent. No politician is going to agree to that. They’re paper cuts that will never exist in reality.

ObamaCare passed because politicians gamed the system, in part by relying on inaccurate CBO numbers. “The forecasts of the Congressional Budget Office are holy writ in Washington,” notes liberal economist James K. Galbraith in The Washington Post. “This is a shame, because the CBO’s projections are indefensible, internally inconsistent and economically impossible.”

Keep in mind: these aren’t the words of a Tea Party activist, but of a bona fide liberal who argues in favor of Keynesian economic policies. Galbraith at least understands it would be crazy to expect the CBO’s long-term savings projections to pan out. But Reid apparently believes them.

In the real world, there are already doctors who will charge less if they don’t have to deal with an insurance company. As a headline on that raving conservative Web site CBSnews.com put it a few years back: “Want To Pay Less At The Doctor? Negotiate.” The story cited a clinic that offered sizable discounts for cash. “I’d rather go to a clinic where they’re going to give me a 10 percent discount versus one that’s not,” patient Shirley Brown told the network. “Makes good sense to me.”

Apparently to Sue Lowden as well. Reid can only hope the idea isn’t contagious.