A New "Old Hat" in the Ring 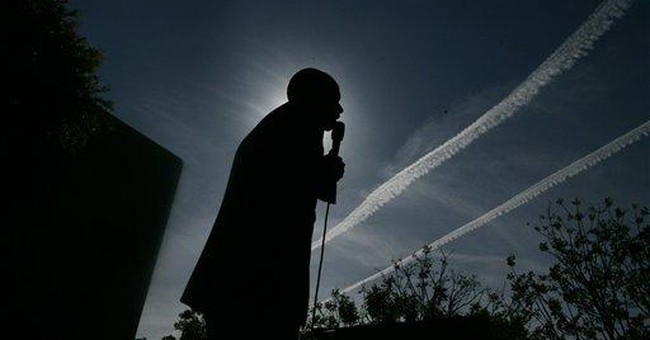 It’s a shame that the Kennedy family has already tossed its collective weight behind Barack Obama in the Democratic race for the presidency. After all, we haven’t heard from all the Democratic candidates yet.

After watching Sen. Hillary Rodham Clinton celebrate her “victory” in the uncontested Florida primary (two of her triumphs have come in states her opponents didn’t compete in) a celebrated Democratic hero of yesteryear might want to re-enter political life. Let’s see if his stirring words would earn the respect and endorsement of Sen. Edward, Rep. Patrick and Caroline Kennedy.

“The economic health of this nation has been, and is now, fundamentally sound,” this contender announced. “But a leading nation, a nation upon which all depend, not only in this country but around the world, cannot afford to be satisfied, to look back, or to pause. On our strength and growth depend the strength of others, the spread of free world trade and unity, and continued confidence in our leadership and our currency.”

So how would this upstart candidate get our economy going? Not with a mythical “stimulus package,” in which the government borrows money from future taxpayers to write checks to, well, everyone.

No, this candidate knows “to increase demand and lift the economy, the federal government’s most useful role is not to rush into a program of excessive increases in public expenditures, but to expand the incentives and opportunities for private expenditures.”

He realizes the government does have to act. After all, “If we do not take action, those who have the most reason to be dissatisfied with our present rate of growth will be tempted to seek shortsighted and narrow solutions -- to resist automation, to reduce the work week to 35 hours or even lower, to shut out imports, or to raise prices in a vain effort to obtain full capacity profits on under-capacity operations. But these are all self-defeating expedients which can only restrict the economy, not expand it.”

So what would this mystery Democrat do to boost the economy? Slash taxes. The “best means of strengthening demand among consumers and business is to reduce the burden on private income and the deterrents to private initiative which are imposed by our present tax system,” he said. His administration, he said, would enact “an across-the-board, top-to-bottom cut in personal and corporate income taxes.”

What would this massive tax cut look like? “First, it should reduce the net taxes by a sufficiently early date and a sufficiently large amount to do the job required,” the candidate said. “Too large a tax cut, of course, could result in inflation and insufficient future revenues -- but the greatest danger is a tax cut too little, or too late, to be effective.”

These tax cuts should also “increase private consumption, as well as investment,” the candidate says, reasonably. Finally, “corporate tax rates must also be cut to increase incentives and the availability of investment capital.”

Unlike the current contenders in the Democratic primary, this candidate isn’t interested in promoting class warfare by promising merely a “middle-class tax cut.” No, he insists, “next year’s tax bill should reduce personal as well as corporate income taxes: for those in the lower brackets, who are certain to spend their additional take-home pay, and for those in the middle and upper brackets, who can thereby be encouraged to undertake additional efforts and enabled to invest more capital.”

Oh, and have we mentioned that this candidate is strong on defense? “We shall,” he said, “neither postpone our tax cut plans nor cut into essential national security programs. This administration is determined to protect America’s security and survival, and we are also determined to step up its economic growth. I think we must do both.”

Talk about a candidate with crossover appeal. He might sweep both the Democratic and Republican primaries, if only he were eligible to compete in both. Sadly he can’t, because these quotes don’t come from a current presidential contender, or even a current Kennedy.

These conservative policy prescriptions are all from a speech given by President John F. Kennedy in 1962 to the Economic Club of New York.

Back then, a leading member of the Kennedy clan knew that “the purpose of cutting taxes now is not to incur a budget deficit, but to achieve the more prosperous, expanding economy which can bring a budget surplus.” Too bad today’s Kennedys, and the candidate they’ve lined up behind, don’t believe that anymore.