Rich Galen
|
Posted: Jul 17, 2017 9:45 AM
Share   Tweet
The opinions expressed by columnists are their own and do not necessarily represent the views of Townhall.com. 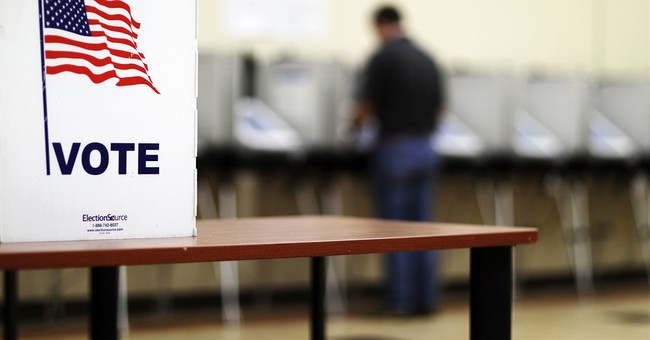 You saw the latest polling released  over the weekend.  A Washington Post/ABC News poll shouted the news that  Donald Trump's approval ratings have collapsed to 36 percent favorable  and an alarming 58 percent negative.

This is not going to be about Donald Trump's (Jr and Sr)  self-inflicted wounds.  You can see geniuses like me talk about that  all day, every day - the answer to a physics question:  For how long can  you produce heat without shedding any light?

Trump will survive or not survive based on what the evidence shows.

Republicans in Congress have a different problem:  Many  of them will survive or not survive based upon what their constituents  think about Donald Trump and how they view their Representatives' or  Senators' relationship with Trump.

I get all the Committee and Subcommittee chairmanships.   I get 2/3 of the committee staff.  I get control of the floor.  I  decide which bills come to the floor for a vote and which don't (except  in certain circumstances known as a "discharge petition" which we might  discuss if it ever comes up).

In order to take control, Nancy Pelosi needs at least  218 seats to be held by Democrats when she awakes on November 7, 2018.    It is hard to see where she can find the 24 Republican-held seats she  needs to get the majority.

In that WaPo/ABC poll the party breakdown of Trump job approval is as follows:

There appears to be some bifurcation (or trifurcation) there.

The mid-term elections are just under 16 months away and a great deal of news will pass across your laptop between now and then.

Democrats are beating the bushes looking for candidates  to challenge incumbent Republicans in all but the very safest of  districts.

There is a phrase of art called the "generic ballot."   Generally speaking this is a polling question that asks "If the election  were held today would you be voting for the Republican for Congress or  the Democrat for Congress?"

By taking the name(s) out of the question, pollsters  feel they get a better look at which way the political winds are  actually blowing.

According to RealClearPolitics.com the current average  of national polls show Democrats with a +7.2 percent lead on the generic  ballot.

Remember, these are national numbers.  Just like the  popular vote in the Presidential elections, your mileage may vary  because we don't election Members of Congress on a national basis.   There are 435 individual races.

There are likely to be many Republicans who support  Trump, but will not come out and vote in a mid-term election.  If  Democrats are more energized in their anti-Trump efforts, they might  dredge up higher-than-usual turnout numbers in winnable districts and …  win them.

Further, the DailyKos.com has found 23 Congressional Districts held by Republicans that were won by Hillary Clinton last year.

In order to take back control of the House, Democrats  would have to go 23-for-23 and find at least one more out of the other  218 seats held by Republicans and won by Trump.

Even that requires no seat currently held by a Democrat is snatched away by a Republican.

Starting around Labor Day the political press will begin  paying a little less attention to the daily Tweets of Donald Trump, and  will start more closely examining the state of play in the U.S. House.

If the Congress fails to "repeal and replace," and if  tax reform fails, and if the economy continues to bump along, will all  that turn off GOP supporters to the point that even safe seats become  "in play?"

Will what the Congress does or does not do, become more important than what the Trump family does or doesn't do?

Could be. That's why they actually hold the elections.

On the Secret Decoder Ring page today:  Links to the WaPo/ABC News poll and to that DailyKos look at Districts won by Hillary Clinton.

The Mullfoto is a license plate on an electric car.