And, THAT's Why They Hold the Elections

Rich Galen
|
Posted: Nov 09, 2016 10:01 AM
Share   Tweet
The opinions expressed by columnists are their own and do not necessarily represent the views of Townhall.com. 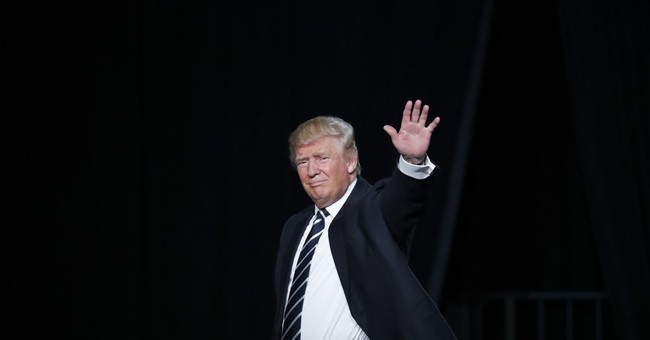 You were right. I was wrong.

Not only was I wrong, but I compounded the felony by being smug. Smug? If they ever added an 8th deadly sin to: Lust, Gluttony, Greed, Sloth, Wrath, Envy, and Pride.

It would be Smug.

You told me I didn't understand what was going on in the country because I lived inside the Beltway.

I knew Hillary Clinton was going to win because everyone I worked with, had drinks with, had lunch with, or stood in line at Starbucks with told me they were not voting for Trump.

How could all those people be so wrong?

There was one person. Mary Matalin bet me $100 on the night before the first letter from FBI Director James Comey that Trump would win. The next afternoon, after his letter was made public I emailed Mary and said I needed odds.

I'll send her the money today.

As you know, I didn't vote for either Donald Trump or Hillary Clinton. I don't regret that decision, but my first indication that something was going very, very wrong was when the networks didn't "call" Virginia a few minutes after the polls closed at 7:00 PM.

If Clinton's lead in the exit polls were reflective of the pre-election polling, it should have been one of those instantaneous calls. It wasn't.

"Don't worry your pretty little head about it," I told myself. The heavily Democratic areas in Northern Virginia always report last. I can't remember now whether they called Virginia for Clinton before or after they called the Congressional race for Rep. Barbara Comstock first, but it took too, too long.

"Trump can't win," I confidently told a group of visiting businessmen and women from The Netherlands at an afternoon briefing. Pointing to a map of the US I drew my finger up the East Coast saying he had to "run the table" from Florida to Pennsylvania, then across Ohio, then pick off at least one state in the upper Midwest.

Not only did Donald Trump go to bed as President-elect, but Sen. Mitch McConnell (R-Ky) woke up this morning with the GOP still in charge of the U.S. Senate.

Hillary Clinton went to dinner thinking about how she would rearrange the furniture in the Oval Office, and woke up thinking about new drapes at her Clinton Foundation office.

Down ballot? Republicans picked up Governors seats in Missouri, New Hampshire and Vermont bringing their total up to 34 out of 50 (tying their historical high in 1922) with two more too close to call.

In the U.S. House, Republicans (as of this writing on Wednesday morning) lost 10 seats - the absolute lower end of expectations, but still have a comfortable majority with 236 Members. There are nine seats still undecided.

You may remember that I quoted Washington Post reporter Karen Tumulty several times this cycle as having said after the 2016 Mid-Terms "We're about to find out whether this is a new Democratic coalition, or an Obama coalition."

We found out. Obama has no coattails. He doesn't even have a hanging thread for Democrats to grasp at in desperation.

So, Donald John Trump will be our next President. Just as you kept trying to tell me. But like the rest of my smug-inside-the-beltway-seen-it-all-done-all crowd, I wouldn't listen.

I have one word for President-elect Trump.

On the Secret Decoder Ring Page today: Links to the CNN.com results page and to the Seven Deadly Sins.

The Mullfoto is from my polling place yesterday morning.