Rich Galen
|
Posted: Sep 15, 2016 2:24 PM
Share   Tweet
The opinions expressed by columnists are their own and do not necessarily represent the views of Townhall.com. 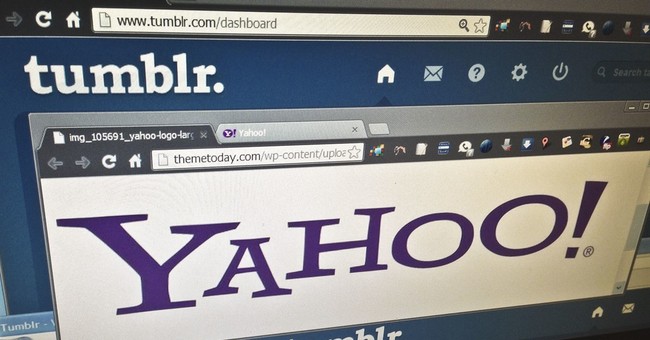 With the hacking and release of former General, former Secretary of State, former National Security Advisor, former Chairman of the Joint Chiefs of Staff, and other things we now know that sending an email has all the security of writing your message on a piece of paper and stuffing into the front door of the Washington Post building.

Actually, it's not quite so bad. The two groups who can see your email (without a subpoena) are: The recipient, and some guys sitting in a nondescript building outside of St. Petersburg, Russia drinking bad coffee and smoking cigarettes made of the finest Ethiopian tobaccos.

If they hacked my emails they would find about 22,893 versions of Cialis ads, and a similar number of pleas for me to "Chip In" to help a long list of Democratic entities. Also, a very large number of emails from Donald Trump, Jr. who wants me to know he's my bestest friend in the whole wide world (BFITWWW in text language).

Seriously. No one who uses email regularly would want them spread out on the front pages of America's newspapers. We don't contemplate the perfect way to express ourselves in most on-line communications.

When I'm writing MULLINGS, I will often go back and change a word or recast a sentence (but not check for spelling errors as you too often remind me). But, I don't generally think of doing that in an email nor a text message.

I have two rules with regard to Twitter: 1. If I delay in pressing the "TWEET" key for even a millisecond I assume it's the reptilian part of my brain saying, "Danger, Will Robinson" and I won't send it. 2. After a second glass of wine I put myself into a Tweet-free zone just so I don't violate rule #1.

Colin Powell has much to say about Hillary, Donald, and Bill.

He considers Hillary a friend but is clearly irritated for having dragged him into her own email issues. He wrote that H. Clinton is "greedy" and everything she "touches she kind of screws up with hubris" and has a "track record of unbridled ambition."

That's how he writes about a friend, take a gander of what he says about Bill and Donald.

He said of Bill Clinton that he is "still dicking bimbos at home," although there is no mention of how Powell knows this.

Powell wrote that Donald Trump is a "national disgrace and an international pariah." He also wrote he would not be commenting on a regular basis about Trump "I will speak out when I feel it appropriate and not after every idiot thing he says."

I don't think Colin Powell's emails will change the course of the campaign. And, unless Donald Trump decides he wants to keep the story alive for the next week (which he might do), it will probably be washed out to sea by the weekend.

What it has done was paused in the head shaking and shoulder shrugging among Hillary Clinton supporters as they watch her campaign continue to slide into a tie (at best) with Trump following a really, really bad week.

The Clinton campaign appeared to be happy allowing Trump to say, in the words of another former Secretary of State, "idiot things" and drift along with the tide of the "At Least She's Not Trump" feeling that was rippling across the electoral sea.

Now, though, the campaign is foundering under the weight of a very unhelpful basket full of emails, pneumonia, secrecy, and untrustworthiness that showed up last week. The Clinton campaign has to go on offense.

As to my emails? I'm buying a carrier pigeon. I wish we had owls.