Rich Galen
|
Posted: Jan 11, 2016 9:50 AM
Share   Tweet
The opinions expressed by columnists are their own and do not necessarily represent the views of Townhall.com. 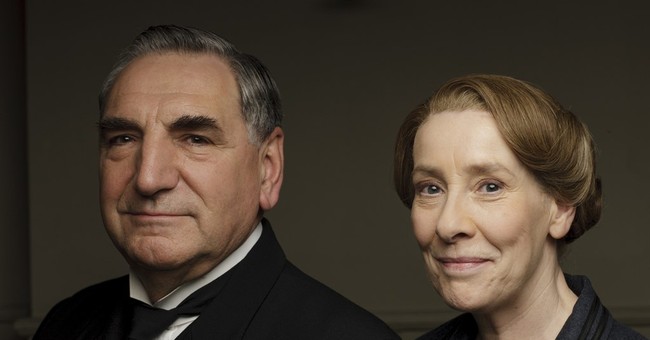 Every interwar novel set in the UK is focused, at least in part, in the changing of the relationship between the classes.

As we spend our Sunday nights glued to the final season of Downton Abbey on PBS, it appears the class system, in 1925, is breaking down far more quickly than those who have been at the top of the food chain can absorb.

That may have something to do with what we are witnessing in the surprising - astonishing - success of both Donald Trump (R-sort-of) and Bernie Sanders (D-sort-of) in this election cycle.

The shared fiction of an egalitarian America has never had any basis in fact. From our earliest days as colonies of the great European powers, there have been the upper classes made up of landowners, major merchants, scholars, diplomats, and others of similar caste.

The lower classes were an indefinite amalgam.

The American colonies did not have enough history to have generational royalty, but it was not long before the upper class divided itself between those who inherited their money and those who were nouveau riche.

The upper classes - both in Europe and in the New World - used influence to evade, avoid, or ignore prosecution or to have the laws changed so that whatever they were doing became legal.

The lower classes were at the mercy of those very same lawgivers, and law breakers.

Stories abound of Wall Street hedge fund employees storming out of their employers' offices having opened their annual bonus check envelopes and finding, not the $10 million they had been expecting, but a paltry $7.5 million.

As former Pennsylvania Governor (and the first Secretary of Homeland Security) Tom Ridge has said: "We're rewarding wealth creation. We should be rewarding job creation."

In the current season of Downton Abbey (at least in the first two episodes) we have been witness to a growing lack of satisfaction with the status quo among the downstairs staff and a growing lack of understanding as to what is going on among those above stairs.

In one of the earliest episodes of Downton the Dowager Countess (the character played by Dame Maggie Smith), is told by someone they are going up to London for the weekend.

"What's a weekend?" she wonders aloud.

How does all that get us to Donald Trump and Bernie Sanders?

They are both appealing to those for whom class warfare is an unfair fight.

Trump - like FDR, JFK, and the Bushes - is clearly a member of the upper class, but is successfully convincing the lower class that you must have been part of the enemy to understand how to defeat the enemy.

Sanders - like Truman, Johnson, Obama, and even Clinton back in the day - is convincing the lower class that he is one of them and so has a DNA-level understanding of their fears of, and frustrations with, the upper class.

After World War II, Winston Churchill and the Tories were tossed out of office and replaced by Clement Attlee, the head of the Labour Party.

That was a far gentler change of command than what had happened in 1918 when the Russian peasants assassinated Tsar Nicholas II, or 126 years earlier than that when the French Revolution resulted in the demise of the monarchy and the establishment of the Republic.

The history of humankind - at least in the Northern Hemisphere - over the past 200 years has been to topple the imbalance of the privileged over the disadvantaged.

I have no idea whether 2016 will be the year that voters move toward correcting that imbalance in the United States, but as a dues-paying member of the merchant class, I am watching with great interest.