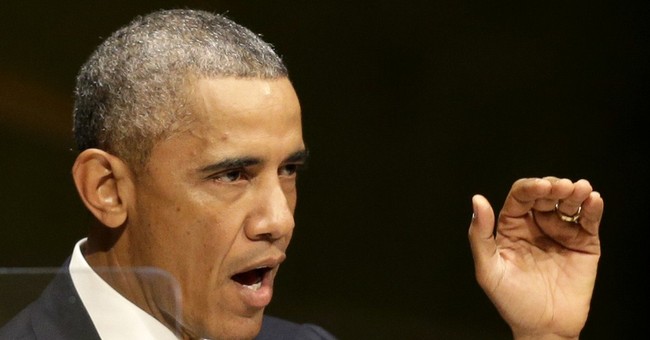 My personal bible of modern political thought is, of course, the Hollywood Reporter.

The HR (as we entertainment insiders like to call it) ran a piece detailing the celebrities who are against going to war. Among them are:

The Dixie Chicks (at least one of them)

There were others, but you get the drift.

I may have missed the finger wagging under President Obama's nose by some of the military geniuses on that list, but I'm not staying up late to hear their theories on why this war is better than the 2003 invasion.

On Oct. 2, 2002, Senator Barack Obama said in a major speech in Chicago that "I am not opposed to all wars. I'm opposed to dumb wars."

By definition, then, this must be a "smart war."

He said, at that time that the Iraq war was a "cynical attempt by political hacks like Karl Rove to distract us from a rise in the uninsured, a rise in the poverty rate, a drop in the median income?"

It seem to me that the notion of a man whose every dime has been earned in and/or around politics calling someone else a "political hack" is, at a minimum disingenuous but, I'm on a roll so let's go to the video tape.

In 2002, according to the U.S. Census Bureau, the poverty rate in the United States was 11.7 percent representing 32.9 million Americans.

That's +2.8% on the percentage and +12,400,000 million people living in poverty. Not exactly a success story for President Obama's Administration.

Signed, The Staff at MSNBC

Ahh. You must think I'm new at this.

As to the uninsured rate, it appears to have fallen, but because of the botched roll-out of Obamacare we won't have good numbers on 2014 until sometime in 2015.

I am not rooting against President Obama in this effort to, at least, weaken some of the baddest of the bad actors on the planet. I am all for it.

Good for him that even four of the Gulf States (that's Persian, not Mexican) are lending their air forces to the effort.

Turkey, however, is cowering under the covers at the thought of engaging in this war for fear of becoming a target, and Qatar, according to David Kirkpatrick's reporting on September 7 in the New York Times:

"has for many years helped support a spectrum of Islamist groups around the region by providing safe haven, diplomatic mediation, financial aid and, in certain instances, weapons."

"Of the five Arab states named by Washington as supporting U.S.-led strikes against the jihadist group in Syria, Bahrain, Jordan and the United Arab Emirates (UAE) confirmed they had actually flown sorties. Saudi Arabia said it had 'participated in military operations', and Qatar was believed to have offered only logistical or political support.

Here's another data point that might Hollywood might consider. In the run up to the invasion in 2003, President George W. Bush's job approval (according to Gallup's tracking poll) was 58%. Immediately after the invasion began it jumped to 71 percent.

Using Gallup again, on September 1, Mr. Obama's job approval was at 38%. As of yesterday afternoon - following the announcement of the bombing of Syria, it had popped up to 44 percent.

Maybe a smart war can also be smart politics.

On the Secret Decoder Ring page today: Links to the Hollywood Reporter article, to the transcript of Sen. Obama's "Dumb War" speech, to the NY Times coverage of why the neighbors are angry with Qatar and to the Reuters report on which Arab country is doing what.

Also an interesting Mullfoto from my visit to the belly of the Liberal beast - Sausalito, California - last weekend.