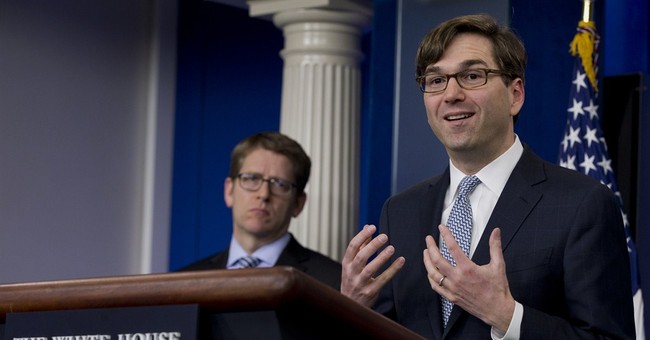 You know that I am generally careful when I wade into these things and tend to take a "yes, but …" position.

So much so that many of you, in the next days' emails have gone so far as to call me a Ceratotherium simum cottoni (Northern White Rhino).

Here's how David Lightman, writing from the Washington McClatchy Bureau explained it:

"The CBO figured the law will mean losing the equivalent of as many as 2.5 million jobs over the next decade."

A major reason for that is employers will cut full-time workers' hours to make them part-time workers and, thus, not eligible for health insurance.

Or, as Lightman also writes:

"people may choose not to work, or to work less, in order to get the most government-offered benefits they can."

This was echoed by Mullfave Ron Fournier of the National Journal who, in a column saying the GOP was being unfair in its claim that Obamacare would cost jobs, wrote in part:

"The ACA subsidies are based on income, which means it will be cheaper for some workers to leave work or go part time."

I don't know whether that is true or not, but here's what I know is true:

As you might imagine the White House and Congressional Democrats cried "Foul!" claiming that the GOP - which had gleefully pounced on this news - were misconstruing what the CBO had said.

The Administration trotted out the Chairman of the Council of Economic Advisors, Jason Furman, who said, according to The Hill newspaper that Obamacare:

"allowed greater 'choice' for workers to scale back their hours to spend more time with their children, or to leave their jobs to launch a small business or startup."

Dangling Federal programs in front of people so they can "choose" to stay on the public dole rather than working cannot be sound public planning.

As you know, one of the reasons I own that Ceratotherium simum cottoni label is because I believe we are the wealthiest nation in the history of the planet and we should not have people begging for health care at the hospital door.

I just don't think Obamacare is the right way to do it.

Democrats have dropped the term "Obamacare" in favor of "the ACA" or the "Affordable Care Act." They have chosen to forget that President Obama - before the signup system collapsed last Fall - had himself adopted "Obamacare" as the name of his program.

I have also made many friends by referring to it as Public Law 111-148, which lacks a certain warmth.

During the election of 2012 the Obama campaign was shockingly unfair in its claims that Gov. Mitt Romney was responsible for Bain Capital closing businesses and throwing people out of work even though the actions occurred years after he had left the company.

In one commercial a worker claimed Romney was responsible for his wife dying of cancer.

Democrats running for election or re-election to the Senate know that Obamacare is likely to continue to be an anchor attached to their campaigns. Gallup polled public sentiment about Obamacare and found a 10 percentage point deficit: 51 percent say they disapprove, only 41 percent approve.

The headline of the McClatchy piece may be the anthem of the mid-term elections for Republicans:

Obamacare: The Gift that Keeps on Giving