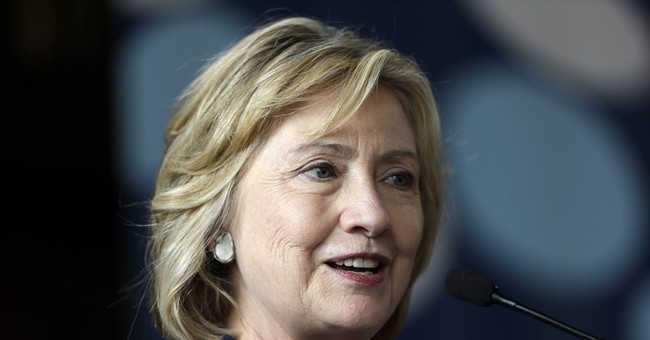 As you know, I am a fan of Hillary Clinton, but I do not think she will be the next President of the United States.

The popular press and cable news channels including, one presumes, the fledgling Al Jazeera in America channel, have determined that the Democratic Nominating process is over and the winner is: Hillary Rodham Clinton.

This may sound familiar to you. As in 2007, Senator Clinton is the odds-on favorite to win the Democratic nomination and the Presidency.

Over the course of the 2008 campaign, Senator Clinton won the support of:

Unfortunately the Clinton campaign didn't understand how to deal with caucus states and so ended up coming in third in the very first caucus state: Iowa.

Popular history has it that Senator Barack Obama (D-Ill) coasted to a big win in Iowa, but the reality is, Obama won with 37.6 percent of the vote. Put another way, 62.4 percent of Iowans wanted someone other than Barack Obama to be the Democratic nominee, but that doesn't matter.

Senator Clinton became Secretary of State Clinton and did as well as any Secretary of State can do in this age when all major initiatives come out of the White House and the department secretaries are there only to carry out their orders.

As I talk to Republicans and Conservatives about a potential Hillary Rodham Clinton candidacy they are uniformly opposed to the concept.

Then I ask this:

Would the United States be better off or worse off if Hillary Clinton had been President these past five years instead of Barack Obama?

This is almost always met with enough eye, nose, and lip twitching to sing "Winkin', Blinkin' and Nod" followed by a whispered, "better off."

The other responses have to do with the other person running down the street quoting Marcel Proust in the original French:

"Like many intellectuals, he was incapable of saying a simple thing in a simple way."

During the 2008 campaign, the Clintons ran an ad known as the "3 AM" ad. It said very clearly that if the phone in the White House rang at 3 AM with a crisis somewhere in the world, it would be good if the person answering it knew a little something about foreign affairs.

As it has turned out, the Obamas have that phone on MUTE and don't pick it up at all.

The travel and travails of running around the world took their toll on Mrs. Clinton.

Mrs. Clinton is just about a year younger than I am. She will be 66 on October 26. That means she will be 68 when the 2016 Presidential campaign begins in earnest in the Fall of 2015 and will be 69 years old during the campaign year.

I believe she will decide that she can make far more money giving speeches in places like Singapore than Sioux City; and can do far more good for far more people by spending the next three years (and onward) taking effective control of the Clinton family foundation.

There is a lot of good to be done in the world, and I think Hillary Rodham Clinton will decide that she can do more of it outside of elected politics.