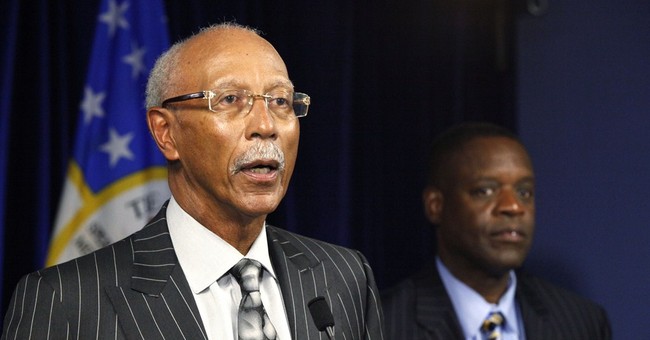 The City of Detroit filed for bankruptcy yesterday afternoon. It owes as much as $20 billion, and there is no conceivable way that debt will ever be paid. The city offered its debtors 10 cents on the dollar, but the debtors refused.

A good deal of the blame -- rightly or wrongly -- will be placed at the feet of municipal workers -- sanitation, water, sewer, cops, firefighters and so on.

The pressure of ever-rising wages for no additional work, leading to ever-rising pension costs, plus ever-increasing benefits and ever more closely defined work rules will likely be found at the bottom of all this.

But it's not the unions' fault. It is the fault of the elected officials -- Democrats in Detroit -- who didn't have the guts to say "No" to their largest voting bloc.

It has been said that the difference between public and private unions is this: Private union leaders know that if their demands become too high, the company will go out of business and everyone will lose their job.

Public unions, until recently, just kept demanding, and getting, more and more while producing nothing new in terms of services they render. Union pensions tend to be so generous that taxpayers end up paying almost full wages to three or four workers, only one of whom is still actually working, to do exactly the same job that one person had been paid to do in an earlier age. According to some estimates, retirees outnumber active workers 2-1.

No amount of technology can move a public union to reduce its workforce.

Example: I stay in a small hotel in Dallas that used to have three people behind the registration desk. Some time ago the hotel installed kiosks into which you put your credit card and, voila, out came your room key card with a printed folder telling you the room number.

There remained only one person behind the registration desk to handle people who hadn't made a reservation in advance. Assuming there were two fully-staffed shifts a day, that means four people per day were no longer needed.

Those jobs are never coming back. The hotel is more profitable because, through technology, it has reduced its workforce by four people every day.

Public unions would never let that happen. If the hotel were a city like Detroit, the American Federation of Municipal Kiosk Workers would have demanded that every kiosk have an attendant. And the National Association of County Hotel Bill Sliders (AFL-CIO) would have demanded that at least two people remain on the payroll to change the paper in the room bill printer, even if no room bills are being printed any more.

The United Auto Workers based in Detroit has, for decades, had basically the same outlook as public unions. But auto manufacturers discovered it's a big country out there and they found that they could build factories in border and southern right-to-work states and produce cars for far less than the United Auto Workers were forcing them to pay in Detroit.

In a Forbes.com article from this past April, reporters Matt Patterson & Julia Tavlas wrote:

"As Reuters reports, in the past three decades nearly every job lost at U.S. car factories have vanished from unionized companies; meanwhile, job gains have come almost exclusively from non-union companies."

Car companies can move jobs to Tennessee or Mississippi, but Detroit can't move its sewer department to Arkansas or its cops to South Carolina. A broken water line in Detroit can't be repaired by a non-union employee working in San Antonio.

Again, I don't blame the union bosses. They did what their members paid them to do.

I blame the elected officials who never put the long-term financial health of their community ahead of their burning desire to be re-elected by pandering to the lowest common denominator.

There's more. Very often, when a municipal worker retires in a place like Detroit, he revs up the RV and heads to warmer climes. So the taxpayers of Detroit have to pay for 20 or 30 years of retirement for someone living (and spending that retirement money) in Florida or Arizona.