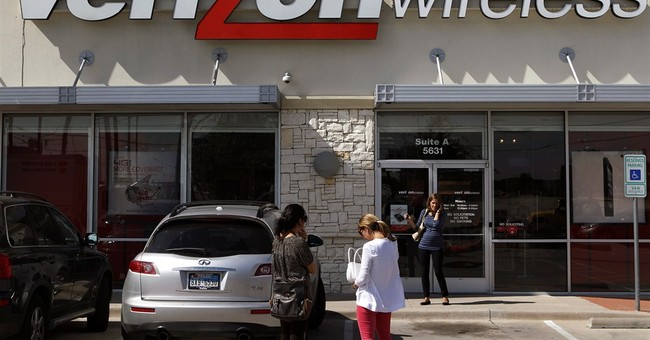 I am trying to get spun up over National Security Agency's Verizon phone-tracking program, but I can't.

It's not a big stretch to think that the NSA is also tracking calls on AT&T, T-Mobile, Sprint, or the Harry's Cell Phones & Discount Beer network.

As I understand it, the NSA isn't listening in to our phone calls - or at least they haven't been caught at it yet. They are tracking the number called, the calling number, the duration of the call, and the location of the calling and called phones.

Let's assume this is correct and go back to a time when cell phones didn't exist and people sent actual letters (or post cards) to one another.

It would be creepy to find postal workers sitting on stools with pens attached to little chains and yellow legal pads jotting down each address on the letters whizzing by, but I wouldn't think my Fourth Amendment Rights against illegal searches and seizures had been compromised.

Here is the text of the Fourth Amendment to the U.S. Constitution:

The right of the people to be secure in their persons, houses, papers, and effects, against unreasonable searches and seizures, shall not be violated, and no Warrants shall issue, but upon probable cause, supported by Oath or affirmation, and particularly describing the place to be searched, and the persons or things to be seized.

Anyone who has watched a police procedural - from NCIS to CSI: Hoboken - knows that Hollywood cops routinely examine suspects' cell phone records with, we assume, a court order.

The Verizon order has been authorized by what is known as the FISA Court - the Federal Court established under the Foreign Intelligence Surveillance Act - which is specifically charged with ruling on sensitive intelligence warrant requests.

The order authorizing this data collection is labeled "Top Secret, Signal, or Special Intelligence" and is not to be shared with foreign intelligence officers notwithstanding their level of clearance - special Intelligence deals exclusively with electronic intercepts .

Obviously, someone at the Guardian (the paper that broke this story) didn't follow those instructions. The next question is: Who leaked the existence of this court order?

If the Department of Justice got its collective knickers in a twist over Fox News' James Rosen's reporting on North Korea, imagine the projectile sweat flooding Pennsylvania Avenue over this disclosure.

I have no idea what patterns of cell phone behavior the massive NSA computers have been programmed to detect and flag, but I'm pretty sure that flirting with the person in the next cube is not it. If it is then, to quote Roy Scheider as Chief Martin Brody in 1975's Jaws, "We're gonna need a bigger boat."

I have always assumed that any of my cell calls that included an overseas connection were being tagged by the NSA but, as my typical call involves trying to remember which country I'm going to (if I'm in the U.S.) or, how I'm getting home (if I'm overseas), I'm pretty sure the NSA has not tried to detect a secret Enigma cipher buried deep in Delta flight numbers and airport identifiers.

As far as I'm concerned, President Obama and the White House staff can spend all day and all night every day and every night looking at whom I'm calling and who's calling me - enjoy.