It's not the Crime, It's the Cover-up 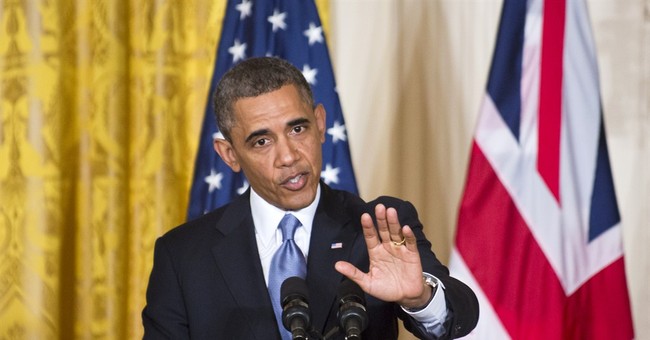 Having been back in the western world for about six hours, I am immersed in the growing triumvirate of scandals that are threatening to engulf President Barack Obama's second term.

The three currently on the table are: Benghazi, the IRS targeting conservative taxpayers, and the Department of Justice looking at the phone records of Associate Press reporters.

There is an old saying in Washington: "It's not the crime, it's the cover up" that does the damage.

The Nixon Administration attempted to dismiss the June 17, 1972 break-in of Democratic National Committee headquarters at the Watergate complex as "a third rate burglary" which it more-or-less was.

1972 was an election year and despite the wailing of Democrats about the seriousness of the campaign probably having ordered the break-in, Nixon beat Democratic Senator George McGovern 49 states to one that Fall.

I only point that out to show that the public wasn't particularly interested in the break-ins at the time, but as the scandal marinated, it got worse and worse for the Nixon team.

By the time the smoke cleared over 38 members of the Nixon Administration or his re-election campaign plead guilty or were indicted for their participation in the cover-up.

President Richard Nixon chose to resign rather than face impeachment.

So, the Obama Administration should take little no solace in this weekend's CNN poll showing his job approval is about level at 53-45.

Whether the President knew or not, the fact that the IRS was being used as a political tool is seen as a big deal. That same poll shows 85 percent of those surveyed thought the IRS targeting conservative groups for "greater scrutiny of their applications for tax-exempt status."

Similarly, a question about the "inaccurate statements made by the Obama administration" after the attacks on the compound in Benghazi - not the attacks themselves - are seen as important by 84 percent of respondents.

Finally, the poll asked about whether the issue of the "Justice Department secretly collecting phone records for reporters and editors" of the Associated Press. 87 percent thought that was important.

If the CNN asked that question in the White House briefing room it would have exceeded 100 percent.

Sort of rhymes with "third rate burglary," a little.

The President is out and about doing what Presidents do - especially when they feel like they're in trouble in Washington - they get out of Washington. This week the President will be in Atlanta, Georgia and Annapolis, Maryland; but look for additional out-of-town trips to be added to the schedule.

The interesting thing about these scandals is there is something for everyone to be concerned about. Benghazi attracts the attention of the national security group. The IRS gets noticed by conservative and good government groups. And, of course, the DoJ getting private phone records of reporters gets under the skin of one of Obama's strongest support groups - reporters.

Another typical behavior is to attempt to wall the President off from any complicity in a scandal.

In these cases we have to believe that no one in the White House thought it was necessary or desirable to tell Mr. Obama

-- about what was really going on in Benghazi - that it was an organized attack and not just a street demonstration gone bad;

-- That his Treasury Department's Internal Revenue Service had a rogue unit operating out of Cincinnati; or,

-- That his Department of Justice was putting his entire legacy at risk by demanding records of home, cell, and business phone calls of Associated Press reporters.

All those are possible, of course. Maybe even probable. But if so, then we are looking at a President who is totally detached from the activities of the Departments of Treasury, Justice, State, Defense, and the CIA.

Maybe he's been spending quality time on what's going on at the Departments of Interior and Commerce.

What we may be looking at is an entire Executive Branch operating independently of the White House.

If that's the case, then there will be more scandals to come and not enough fog on the planet to cover them all up.

On the Secret Decoder Ring page today: Links to the Wikipedia entry for Watergate and to the CNN poll.

Also a topic appropriate Mullfoto from Texas a couple of weeks ago.