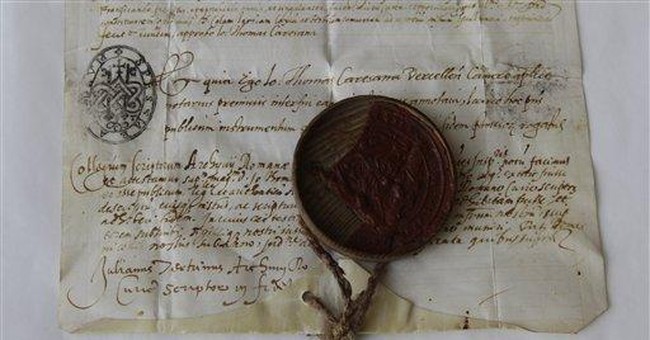 An article in the Weekly Standard maintains that the Federal Bureau of Investigation is being given a broader role in interrogating prisoners taken during raids on terrorist dens in Afghanistan.

I think that's perfectly OK. But it turns out that according to U.S. Rep. Mike Rogers (R-MI) the Obama Administration has determined that at the moment of capture a terrorist becomes a prisoner and must be read his/her Miranda rights.

For those of you who may have slept through each of the 1,273 Law & Order episodes in all of their various flavors, here is the officially accepted "Miranda Warning:"

According to Rogers who is a former FBI Agent and former officer in the U.S. Army,

"The problem is you take that guy at three in the morning off of a compound right outside of Kabul where he's building bombs to kill US soldiers, and read him his rights by four, and the Red Cross is saying take the lawyer -- you have now created quite a confusion amongst the FBI, the CIA and the United States military.

"And confusion is the last thing you want in a combat zone."

Actually, what I'm certain Rep. Rogers meant to say was "MORE confusion is the last thing you want …" because, having been in a combat zone, I can attest to the fact that there is no shortage of confusion among everyone, everywhere, all the time.

One of the issues with reading a terrorist his Miranda rights in Afghanistan is … how do you know whether the terrorist speaks English? Maybe we will have to issue Miranda Warning Cards in English, Arabic, Pashto, Dari, Uzbek, Turkmen, Balochi and Pashai which, according to the CIA World Factbook are languages spoken in Afghanistan.

And that's only if you determine that the terrorist you have just arrested by saying: "Freeze!" or its equivalent in Arabic, Pashto, Dari, Uzbek, Turkmen, Balochi or Pashai is Afghan.

If he is Pakistani the card would also have to contain the Miranda warning in Punjabi, Sindhi, Siraiki, Pashtu, Urdu, Hindko, Brahui, and Burushaski.

If he is from any of the other countries bordering Afghanistan like Iran, Tajikistan, Uzbekistan, or Turkmenistan then you would have to add Persian, Turkic, Kurdish, Luri, Balochi, Turkish, Tajik, Russian, or Uzbek.

You, I think, begin to see the issues. Miss his language and next thing you know you are staring down at an order signed by Rookie Supreme Court Justice Sonia Sotomayor declaring any evidence collected as unusable at trial because your terrorist didn't know he could put a sock in it.

I do not present problems without presenting solutions. Well, I don't know what to do about the fact that the Washington Nationals are now 0-8 in extra inning games this year, but that's for another day.

Here's what I think we should do about this Miranda thing. We should arrest the bad guys, and get them a lawyer pretty much immediately. In fact, I think the U.S. Government should begin sending lawyers into combat zones with the operators so that they are ready to advise their clients at the very moment of arrest.

Then, after the lawyer has done his job by advising his client to clam up, the operator should inform the lawyer that all of those prohibitions against harsh interrogation techniques apply to the terrorist - not to the terrorist's lawyer!

Then: Tie the lawyer to a one-by-twelve with his feet about a foot higher than his head, get a big pitcher of water and hold it over his head, dribbling maybe just a few drops, and invite him to think very, very seriously about revising his advice to his client about keeping silent.

It's a war zone. Things get confused.