The Difference Between Running and Serving 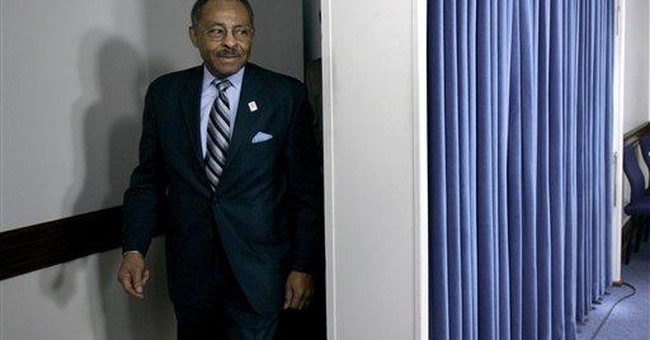 Anyone who has ever run for office knows this: Running FOR an office is far, far different than serving IN an office if you win.

In my wild and varied career I have actually run for office - a couple of times for City Council of the metropolis of Marietta, Ohio 45750. The first time I lost by two votes. By the time my second attempt came around, I was married and the woman who was to become the Mullings Director of Standards & Practices took command of the campaign and I won easily.

Then … I had to serve. I was put on the Planning and Zoning, and the Police and Fire Committees. The latter because, during my seven-and-a-half year undergraduate career at Marietta College, I ended up on a first-name basis with just about every member of the police force.

I had, foolishly as it turned out, run on a platform of "The Marietta Code of Ordinances is woefully out of date. We should delete it, return to the original ten laws - the Thou Shalt Nots - and start again."

Made for a really good applause line at candidate cattle shows but after I won, the President of the City Council decided to teach me a lesson and appointed me chairman of a select committee to overhaul the Marietta City Codes.

During the recent campaign for President, candidate Obama pledged to close the prison at Guantánamo. The American Civil Liberties Union ran a full page ad in the New York Times to remind one and all of that promise.

In the accompanying press release the ACLU wrote:

Obama, as a candidate, pledged to "close Guantánamo, reject the Military Commissions Act and adhere to the Geneva Conventions."

The ACLU, also called for President Obama to foreswear anything stronger than reduced potty breaks in interrogations, saying,

The ACLU calls on President-elect Obama to sign Day One executive orders banning the use of torture and abuse.

In case you didn't think they were serious, the ACLU wrote: There is no room for patience or delay in these areas. We have to hold President-elect Obama's feet to the fire if we're going to turn hope into reality.

Let's take a moment to examine that phrase: "Feet to the Fire."

In one sentence the ACLU's demands that unsavory techniques be banned from questioning suspected terrorists. In another, the ACLU urges putting the feet of the President of the United States into a flame to force him - torture him, if necessary - to do what they want.

This came to my attention because of President-elect Obama's interview with George Stephanopoulos yesterday. In one section, George asked about that pledge - the one the ACLU is willing to betray its core civil libertarian values to make him live up to - to close Guantánamo.

OBAMA: It is more difficult than I think a lot of people realize and we are going to get it done but part of the challenge that you have is that you have a bunch of folks that have been detained, many of whom who may be very dangerous who have not been put on trial or have not gone through some adjudication. And some of the evidence against them may be tainted even though it's true. And so how to balance creating a process that adheres to rule of law, habeas corpus, basic principles of Anglo American legal system, by doing it in a way that doesn't result in releasing people who are intent on blowing us up. [emphasis mine]

The discussion about Guantánamo continued:

STEPHANOPOULOS: So not necessarily first 100 days.

OBAMA: That's a challenge. I think it's going to take some time … I don't want to be ambiguous about this. We are going to close Guantánamo and we are going to make sure that the procedures we set up are ones that abide by our constitution.

See what I mean? Closing Guantánamo immediately is an easy campaign pledge. Closing it "some time" is the difficult reality of serving.

There is a world of difference.