Pirates Closer to Our Shores 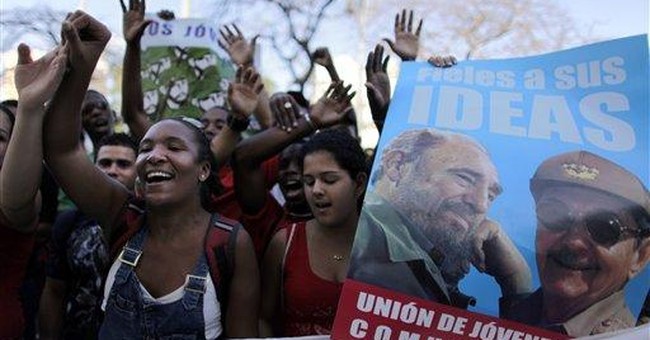 All Americans breathed a sign of relief when news broke of the U.S. Navy Seals rescue of the Maersk Alabama captain from terrorist pirates off the Somalia coast.

Unfortunately, there are other pirates - much closer to our shores – who are insidiously more dangerous.

Richard Phillips, captain of the Maersk Alabama, had volunteered himself to free one of his crewmen who had been taken hostage by the pirates. The standoff that followed went on for five days as the pirates demanded $2 million dollars ransom to free the captain and the American-registered container ship.

President Obama handled that situation well by not handling it directly. He authorized and left the pirate situation in the hands of the U.S. Navy, who brilliantly managed and resolved the hostage situation off Africa.

But closer to home, the real-life “Pirates of the Caribbean” are more difficult for Mr. Obama. That’s because Mr. Obama is more directly involved, and he has not gotten off to a good start.

One reason, of course, is that these “pirates” are not fictional Hollywood movie characters. Rather, they are real and, as most Americans have figured out, they are highly-experienced, unsavory characters. As we have seen over the years, each of them has been idolized by a number of Hollywood actors whose personal political character is shallow at best.

Caribbean Pirates Hugo Chavez and the brothers Castro have already hijacked the Obama ship of state in the region with their cleaver manipulations of the new American President. Beyond the smiles, handshakes, and accepting a book from Venezuela’s Chavez – which has moved the 20 year old anti-American tome to number 2 on the New York Times best seller list - the president was ping-ponged by Cuba’s Castro brothers.

Raul Castro, went first saying “We have sent word to the US government in private and in public that we are willing to discuss everything, human rights, freedom of the press, political prisoners, everything”. Castro added: "We could be talking about many other things. We could be wrong, we admit it. We're human beings."

Then Mr. Obama went too far for the Cuban communist pirates when he said at the Summit of the Americas, “Washington seeks a new beginning with Cuba, but … Cuba should release some political prisoners and reduce official taxes on remittances from the U.S. as a sign of good will”.

Within days, Mr. Obama received the “good will” he requested directly from Fidel Castro. The father of the Cuban revolution wrote in an essay posted on a government Web site that Obama "without a doubt misinterpreted Raul's declarations.”

The elder Castro apparently was throwing cold water on the orchestrated attempts to change bilateral relations. Those attempts started shortly after the election, and the seeds were fertilized further by Congressional Black Caucus members during their recent visit to Cuba.

Fidel Castro blasted the new U.S. president for showing signs of "superficiality." He also defended Cuba's right to levy a 10 percent fee on every U.S. dollar sent to relatives on the island by Cuban-Americans.

The 10 percent fee is a pirates’ tax on dollars that heretofore have found their way into Cuba. In reality, the Castro pirates get their part of the ‘skim’ off the total dollars sent by U. S. relatives.

It’s the ransom that all of the real-life “Pirates of the Caribbean” exact on others.

If President Obama wants to cut through the diplomatic clutter, here is a clear and concise message he should publicly communicate in response directly to pirate Fidel – and simultaneously to all of the other “Pirates of the Caribbean”: “No Fidel, I did not misunderstand Raul”. “And, neither should you or he misunderstand me. Here is our offer: Free all prisoners unconditionally and remove any and all taxes, fees, or surcharges on U.S. dollars, or any other money, coming into Cuba. Do these things, unequivocally; and bilateral relations will improve.”