Culture Challenge of the Week: Overcoming the Pop Culture 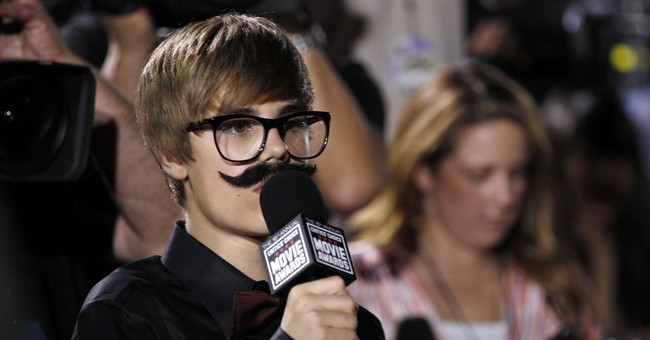 Fighting the modern culture on a daily basis is tough. Today’s families are busier than ever and it’s so easy when you are tired or just plain worn out to throw in the towel and set your values aside. I know. I’ve been guilty of doing it myself sometimes. As a mother of three now grown children, I’ve had plenty of battles and challenges along the way. And I’m the first to admit that I’ve failed far too many times to uphold the standards I’ve said I believe in.

As parents, too many of us are so fearful of losing that we never try; others give in or give up along the way. Many parents don’t seem to realize that in today’s world, you must fight to protect your child’s innocence, their childhood, their character—and their best futures. But it’s a battle that’s well-worth fighting.

According to the Institute for American Values’ Motherhood Project, “Ninety-five percent [of mothers] wish American culture made it easier to instill positive values in children. Over eighty percent of mothers expressed concern about the influence of advertisements on children and, more generally, the influence of media. Over eighty-five percent of mothers also agree with the statement ‘money has too much control over our lives’ and agree that childhood should be a time when children are protected from large parts of the adult world.” So the question is, why aren’t these same moms doing more to protect their own sons and daughters?

Of course, such concern over the pop culture’s negative influence on our kids is nothing new. One of the key motivators for my writing two books on parenting in the modern culture was the thousands of e-mails I have received over the years from parents who read my column. They express frustration, anger, and often helplessness—all powerful emotions that come from the constant onslaught of what has become a culture that has gone stark raving mad.

We can’t waste a single day. We have a very, very short time to mold our children’s hearts, and to develop their minds and thinking. Each day that we fail to take the opportunities to forgive and discipline and teach lessons from the “school of hard knocks” is probably a day we will regret. Somewhere down the line our children are going to learn about consequences—some of which will be quite severe and suffered needlessly because we didn’t teach them about the results of their actions when we had the chance.

How To Save Your Family: Commit to the Daily Battle

For those of you who haven’t yet started, or who perhaps have failed to live up to your own standards, I offer a word of truth and encouragement: You can start today—and you can still win.

If you have only recently come to the realization that your kids need you in the battle with them, please don’t despair over the days lost. You must remember that despair is not an option.

Beating yourself up endlessly over past mistakes can rob you of the incredible beauty and opportunity of today. Yes, your challenges might be greater, but each new day offers a chance to start over again. I’ve heard it said that “Parenthood is not a dress rehearsal—you get one chance to do it right.” Although I believe that fully, it is equally important to remember that each morning offers a brand new chance to reclaim your home, to touch your child’s heart in a deep and meaningful way, and to teach lessons that will always guide them.

You might not be able to save the world, although it is a noble and worthwhile effort to try your best to influence the overall culture for the better. But you can—you must—save your family. It doesn’t take an act of Congress to make your home the nurturing environment it was intended to be. It does take developing a loving relationship with your children, a commitment to the daily battle, and making and upholding a pledge to become more involved in your kids’ daily lives.

We’ve got to teach our children sound values at home so that when they are confronted with damaging messages outside the home, they can recognize them as such and know how to reject them. It’s also imperative that we teach our children that our battle is not with them, but with other adults who have a different world-view and care nothing about their futures.

We must teach our kids character and values found in principles of courage, how to say “no,” and how to rise and tower above the pop culture that seeks to do them harm. Moms and dads, if you don’t stand in the gap for your kids, nobody is going to.

So start today - be intentional about building strong character in your children. And then wake up tomorrow morning and start again. Commit to the daily battle, and pledge to build that strength of character in their hearts and minds so that they will know how to make the right decisions each day when they walk out your door.

Wall of grandma: Two elderly women who stood up to the mob in Portland have become heroes in the neighborhood
Hotair
Police and Residents in Portland Forced to Go Through the Same Routine Again — They Could Learn From Residents of Colorado
Redstate