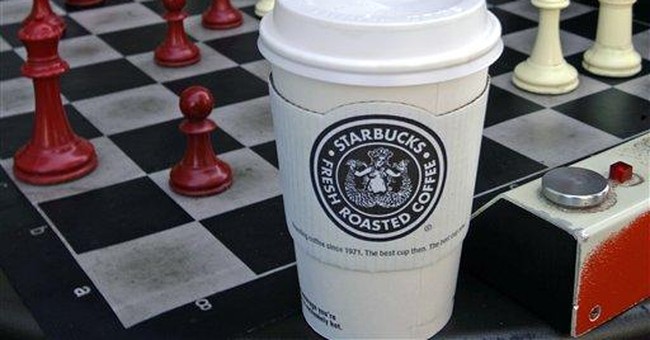 “Tell us about the American miracle.”

It was in 1983 when West German Chancellor Helmut Kohl spoke those words to President Ronald Reagan. They were gathered at the annual “G7” economic summit attended by the heads of the leading industrialized nations.

Two years earlier, Reagan had gone to his first G7 meeting in Ottawa, where he outlined his economic recovery plan. The other world leaders didn’t appear to be very impressed. By 1983, though, it was a different story. Reagan’s plan was in full swing -- and the U.S. was defeating inflation and unemployment at a time when the rest of the world was still in recession.

Gathered in historic Williamsburg, Va., those leaders had one question: How did he do it? According to Reagan:

First, I gave them my thoughts about how excessive tax rates take away the incentive to produce, and how lower tax rates, in the end, generate more economic growth and also greater revenue for government. Then I told them what we had done to lower our tax rates, and some of the other things we were trying to do, such as reducing the size of government, eliminating unnecessary regulations and interference in the free market, and turning over to private enterprise some of the functions government had taken over.

He must have made quite an impression. Before long, Reagan was reading about their own efforts to cut taxes and reduce regulations back home. “The next time I’d see them,” he wrote later, “they’d say the policies were stimulating a turnaround like the one we had had in the United States.”

That’s what the United States has been doing since its inception -- spreading the gospel of freedom across the globe. And as we celebrate another birthday (our 232nd), it’s worth taking a second look at that “American miracle.”

What’s the common thread in what President Reagan told the other leaders that day? Liberty. Yes, the very idea that sparked a revolution in this nation -- indeed, that created this nation. After all, if you cut taxes, reduce regulations and shrink the size of government, what are you doing? You’re freeing individuals to use their God-given talents and imaginations to build a better life for themselves and their children. That’s what America has always been about.

You simply can’t spark an “American miracle” if you put your faith, first and foremost, in government. You have to believe in the individual. You have to trust that free men and women will innovate and strive in ways that aren’t possible when big government stands over them, watching and scolding like an unwelcome nanny.

Liberals may profess concern for “the little guy,” but their policies clearly show they don’t believe in him. This view puts them at odds with our Founding Fathers -- the ones who wrote the very documents we celebrate today: the Declaration of Independence and the Constitution. Taking a cue from Thomas Paine, who declared government “a necessary evil,” they fashioned a form of self-government that carefully defined the powers of government -- which, it must always be understood, come from the “consent of the governed.”

As Thomas Jefferson said at his first inauguration in 1801:

A wise and frugal government … shall restrain men from injuring one another, shall leave them otherwise free to regulation their own pursuits of industry and improvement, and shall not take from the mouth of labor the bread it has earned. This is the sum of good government.

To truly appreciate what “good government” is, you have to go to the source. That means actually reading the Declaration and the Constitution. Most of us probably haven’t even looked at these seminal documents. If so, I urge you to get your own pocket-sized copy of these cornerstones of American freedom. The Heritage Foundation will send you one, free of charge, when you sign up at our “What Would Reagan Do?” Web site.

We can’t hope expect liberty and self-government to survive in an atmosphere of ignorance. To keep the “American miracle” alive, Heritage is making these documents available in an easy-to-carry form for you and everyone you know -- your schools, your scout troops, your churches and your family and friends.