Getting Serious About Police Training

Randy Peterson & Mike Hughes
|
Posted: Jun 27, 2020 12:01 AM
Share   Tweet
The opinions expressed by columnists are their own and do not necessarily represent the views of Townhall.com. 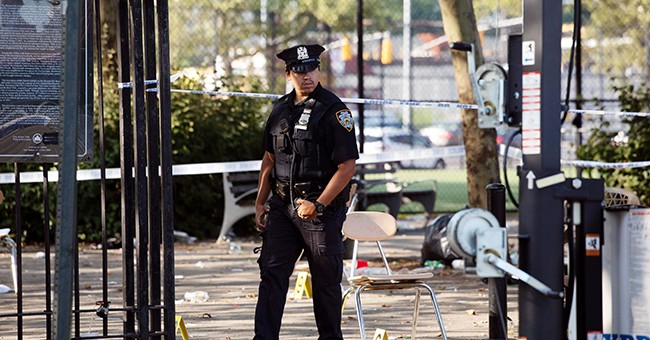 It is often difficult to look at any specific example of a poorly executed police action and say with certainty that the failure was caused by poor training. There are too many variables at play to limit the failure to any one thing, but if there is one thing that can be looked at it would be the individual officer involved in the action. Training needs to be given more serious consideration, but the circumstances that surround training can affect how—and if—training can fix some of the problems we have seen in high profile police action failures.

The first thing to consider is that training can accomplish an incredible amount of improvement in both recruits and in-service officers—but only if we start with and retain high-quality officers. Not everyone should be a police officer, and no amount of training can prepare a person unsuited for this line of work. Adding hours of instruction to a curriculum can’t fix poor hiring practices. If the goal is to prevent tragedy and give communities officers worthy of their trust, then it is wholly inadequate. Proper hiring practices allow highly effective training to produce recruits that can become professional, effective, and valued law-enforcement officers.

The second thing to consider is how we discipline officers. The goal of discipline is to fix a problem so it doesn’t happen again. We don’t discipline our children because we are mad at them (usually), but because we want to improve their behavior. The same thing applies to police officers. Disciplining officers guide them to the goals an agency wants when they stray. Terminating officers for unforgivable offenses or because they cannot respond to training or discipline is also necessary, and should not be confused with discipline. Police unions unfortunately represent a barrier to this process and often interfere with the departments’ goals and visions by keeping officers working who shouldn’t or preventing necessary discipline from occurring where termination is not needed.

Once these two barriers to training are properly addressed, we can look at the training itself. For too long, police training—particularly in physical skills—has not followed any model that makes sense. That must change because it is physical action in the form of force that makes up most of the high profile police action failures we see. Training must include a myriad of things that can prevent the need for force as well, but it is the use of force, improperly applied, that causes the most concern for the public. The Texas Public Policy Foundation is working on a training model to address these issues and create officers that can effectively employ other options than force, are confident and secure in their dealings with the public and are skilled in the appropriate application of force when necessary.

Excellence results from using the best raw materials. Police officers are no exception. But who are the right individuals to hire and what are the attributes we want? Most often police departments publish a job listing, then hire from a pool of “qualified” applicants. This approach can offer inconsistent results. A more defined model – a roadmap of sorts – can give a clearer path to excellent candidates. The military, especially in special-operations units, is very good at identifying the right people. Their selection process is rigid and demanding.  It leaves no room for those that do not belong to slip through the cracks. The Whole Soldier model applies to training, assignment, retention, and promotion.

A similar model works for police—a WholeOfficer model. The framework applies to identifying, training, assigning, retaining, and promoting officers. It is applicable from the time hiring begins, through training, and throughout an officer’s career. The model lays out the path to excellence and underpins the process. Concentrating on guardian qualities at the time of hiring (the moral domain) should receive the most attention. Warrior elements are teachable, other qualities we want are not. Specific examples include a service mindset, critical thinking skills, valuing the community, communication, and problem-solving.

Adapting the WholeSoldier model for policing is not fuel in the “warrior vs. guardian” title debate. Nor is it meant to endorse militarization of the police. Simply, it is a model, a path, to find people we need in the ranks of police and mold them into what the community needs. It is a wheel than needs no reinvention.

Randy Petersen is a senior researcher for the policing initiative at the Texas Public Policy Foundation. He spent 21 years as a police officer working in the patrol, investigations, training, and administrative divisions before retiring in 2014 and becoming a director of a police academy in Texas.

Mike Hughes retired with over 20 years spent as a police officer working in the patrol, investigations, and administrative divisions. He is now the director of a police academy here in Texas. He is also a senior visiting fellow for the policing initiative at Texas Public Policy Foundation.