Licensing Requirement Reform: Something We Can All Agree On 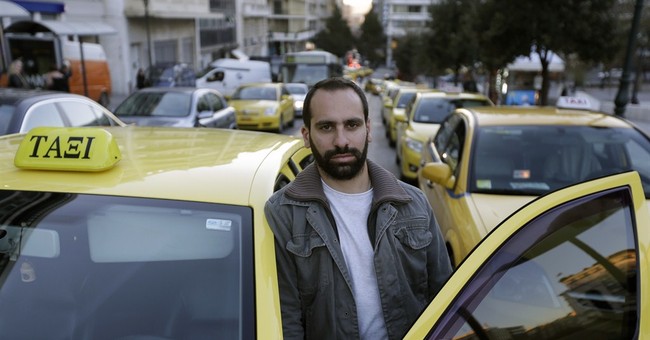 For several decades, individuals and interests groups across the political spectrum have been railing against overbearing state and municipal licensing requirements as impermissible restrictions on an individual’s economic freedom. The Institute for Justice, a public interest law firm, is one example that has devoted significant time and resources to the litigation of licensing cases. It seems that after nearly twenty-five years of litigation and articles, Democrats and Republicans are both adopting a view of licensing requirements in line with greater freedom for markets.

Licensing requirements are one of the ways that government can restrain or control trade in a particular market. Such a requirement simply makes a person obtain a state license, such as a medical or attorney’s license, in order to operate in a defined profession. Few would argue that those in certain learned professions, like doctors, should not meet some set of standards before they are allowed to practice their craft; however, the concern is not over doctors and lawyers: the concern is over lower-income professions like florists, cab drivers, cosmetologists, beauticians, hairdressers, manicurists, massage therapists, and other similar occupations.

For example, in Texas, entrepreneur Ashish Patel wanted to take advantage of the growing popularity of eyebrow threading — a beauty maintenance practice whereby a person’s hair is plucked with thin string. Patel had to close his business after he could not find licensed cosmetologists to man the stations. In 2013, the Institute for Justice successfully overturned a Texas statute requiring hair braiders to take thousands of hours of expensive hairdressing classes, with a federal court declaring it unconstitutional and “irrational.”

Occupational licensing requirements are detrimental to commerce and work to prop up inefficient businesses that would not compete in a market without barriers to entry protecting htem. According to a study by the Institute for Justice, nearly one in three jobs in the U.S. requires a license compared to one in fifty in the 1950s. These licenses come at an average actual cost of $209 in fees and a nine months of class with one exam. Additionally, the study found that of those licensed professions, most are “practiced somewhere without government permission and apparently without widespread harm.”

The case in favor of licensing these professions is most strongly made with cab drivers. Cabbies in London, for instance, need to memorize every street and drive a specific car in order to obtain a license. Yellow car cabbies in New York City are subject to a litany of requirements along with their medallion, including background checks. While the argument could very reasonably be made that a background check is an equitable regulation for people who professionally transport others, that limited requirement is a far cry from the current oppressive licensing scheme in many cities.

Advancements in technology have obviated the need for many licensing requirements across various industries, making the arguments in favor of strict licensing requirements weaker and the argument for a freer market stronger. In the case of cabbies, technologies like Google Maps and Waze has done much to alleviate the concerns about city and traffic knowledge built into some cab driving requirements. Consequently, services like Lyft and Uber have come onto the scene providing more competition for these protected industries.

Additionally, according to the New York Times, empirical data suggest that Uber drivers “make at least as much as regular taxi drivers and chauffeurs, on flexible hours. Often, they make more.” By and large, the strongest proponents of these onerous licensing requirements appear to be the unions who benefit from industry protections. These unions have recently become politically active in an attempt to force expensive licensing requirements on new market participants.

However, there is good news on the horizon. Not only have some federal courts been taking action, but both political parties seem to be converging on the issue. Former Majority Leader Eric Cantor called for state governors to take a look at the efficiency of occupational licensing requirements. Paul Ryan’s House Budget Committee recommended state and local licensing reforms, among a heap of other market-oriented reforms, for American economic growth. And Wisconsin state Republicans announced that they are looking to reform licensing requirements in the next term.

But what about the Democrats? How are they responding to these ideas? According to the New York Times, “The [licensing] trend worries the Obama administration. The president’s budget, to be unveiled on Monday, will include $15 million for states to analyze the costs and benefits of their licensing rules, identify best practices and explore making licenses portable across state lines. ‘We would like all states to ask whether licensing requirements meet a cost-benefit test,’ said Betsey Stevenson of the president’s Council of Economic Advisers.” Federal funding for efficiency studies about these requirements will allow economic growth in line with what Cantor and Ryan proposed.

The Obama administration and House Republicans are talking favorably about the same issue. Thus, it may be fair to say that in the upcoming legislative session, there is at least one measure Republican and Democratic members of Congress can walk across the aisle and push for a bipartisan bill on: reforming state and local licensing requirements. While the federal government itself cannot change or alter many of these state laws—that would require the action of state legislatures, which seems a real possibility with both parties being on the same side—the federal government is not powerless. It can fund or perform efficiency studies, use the carrot-and-stick of grant incentives to nudge along state reforms, and examine the efficiency of its own occupational licensing requirements, such as OSHA regulations and federal contractor certification requirements.