Don’t Forget the People of Africa and Asia

Rainer Zitelmann
|
Posted: Jul 07, 2020 10:21 AM
Share   Tweet
The opinions expressed by columnists are their own and do not necessarily represent the views of Townhall.com. 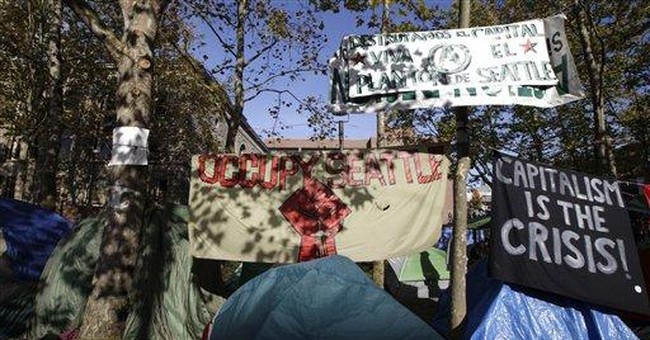 I still remember the '70s and '80s and how, whenever you engaged in a debate with anti-capitalists, any discussion primarily revolved around the fate of people in what back then was referred to as the “Third World,” i.e. Asia, Africa and Latin America. Nowadays, whenever you get into a discussion with anti-capitalists, their central arguments all relate to developed countries, i.e. the United States and Europe.

Yes, the situation in poor countries still comes up from time to time, but it has long since ceased to be a central concern of modern anti-capitalists, who have largely turned their attention to other issues, namely:

Whenever anti-capitalists complain about rising inequality, they are always referring to inequality in the developed capitalist world, i.e. in the United States or Europe. They cite figures on inequality in an attempt to prove that the “gap between rich and poor” in capitalist countries has widened—that the richest are getting richer and leaving the middle and lower classes ever further behind. Whether this is actually the case or not is a subject for another day. Even if wages did stagnate over an extended period in countries such as the United States and Germany, it is clear that they have been rising again significantly in recent years—at least in the period leading up to the coronavirus pandemic. But that is not the point here.

It is far more important to consider the development of inequality from a global perspective, rather than concentrating solely on developments in the United States and Europe. And it is undeniable that global inequality has declined. In what used to be very poor countries—especially in China and India—more than a billion people have been liberated from extreme poverty.

This is a fact that even the most ardent critics of capitalism cannot deny.

In a discussion on this very issue, an Oxfam spokesperson highlighted the decline in global poverty as evidence that development aid has had a huge positive impact. Therefore, according to Oxfam, Western countries should increase the amount of money they allocate to development aid. However, Oxfam’s claims simply do not stack up. One continent has received far more development aid than any other: Africa. Even so, hunger and poverty across Africa have not decreased anywhere near as much as they have in Asia, which has received significantly less development aid. It is not development aid that is responsible for the global reduction in poverty, but the global spread of capitalism. Globalization is a blessing, not a curse—as is abundantly clear from figures tracking the declines in both poverty and hunger around the world in recent decades. From the self-serving perspective of a left-wing economist such as Thomas Piketty, the last 35 years are the bad years and have seen dramatic rises in inequality. From the perspective of people in poor countries, however, the last 35 years have seen poverty decrease more than in any other period in the entire history of mankind.

The Other Side Of Globalization

There is no doubt that, due to technological progress, globalization pitches workers in the industrialized countries of the West against their competitors in developing countries more than ever before. Worst hit are the unskilled and undereducated workers in developed countries. For them, it has to be admitted, globalization translates into a loss of income because it promotes international competition. In a worst-case scenario, their jobs are outsourced to developing countries at a fraction of the cost to the employer. However, unskilled laborers are not the only victims of the globalized labor market. Increasingly, sections of the middle class in developed countries are being affected in a similar way. Which renders the rhetoric of the anti-globalization movement highly questionable from an ethical perspective. Their criticism is in truth nothing but a defense strategy deployed by the middle classes in wealthy developed countries who worry about their incomes falling as a result of competition from developing countries.

Most supporters of the anti-globalization movement tend to be intellectuals who have traditionally been critical of capitalism and regard globalization as yet another reprehensible form of capitalism. From the point of view of a worker in the U.S., deploring the widening gap between the poor and the rich is a justified response. But what happens if we approach the issue from a global perspective? For every middle-class American who falls victim to downward mobility due to globalization and the transformation of the global economy, three or four people rise from poverty to join the growing middle classes in China or India.

In addition to their focus on inequality and the “gap between rich and poor,” anti-capitalists have also embraced climate change as one of their main critiques of capitalism. For them, capitalism is the cause of environmental destruction and climate change. They say “we” need to exercise more restraint in our consumption and that “we” should ideally refrain completely from flying and driving and generally produce less. Economic growth is regarded as the root of all evil and their central demand is that the economy should no longer grow in view of finite resources.

Here, too, their Euro- and American-centrism once again come to the fore. People in China, India or Africa have very little understanding for western anti-capitalists’ demands to “end growth.” For people in developing countries, growth is the only way they can escape poverty. Germany, for example, is shutting down its nuclear power stations and coal-fired power plants and would like to abolish the combustion engine in the near future. But is this also a realistic prospect for Africa or China? It is absurd to think that these countries would follow Germany’s example.

The alternatives offered by left-wing critics of capitalism always have one common denominator: more state and less market. They ignore the fact that throughout the 20th century, every system that was based on state planning not only failed economically, but led to environmental destruction far beyond the scale of any seen in capitalist countries.

Left-wing anti-capitalists in particular used to argue from a global perspective and regarded themselves as advocates of poor “Third World” countries. Today, by arguing from the perspective of rich “First World” countries, it is as if they have become completely indifferent to the fate of people in the developing world.