Rachel Alexander
|
Posted: Jul 26, 2021 12:01 AM
Share   Tweet
The opinions expressed by columnists are their own and do not necessarily represent the views of Townhall.com. 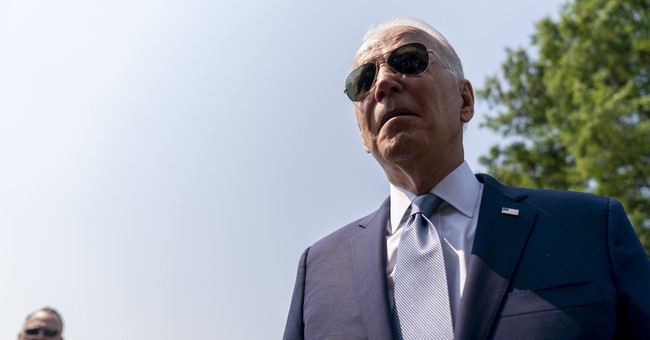 Notice the Democrats have stopped claiming that Republicans are the party of old white people? Demographics are changing. Their efforts to stigmatize senior citizens for their age and claim that they aren’t relevant anymore is no longer working. The so-called party of diversity elected an old white man who many believe is losing it cognitively, including the former White House doctor for Presidents Barack Obama and Donald Trump. Viewership of the traditional MSM evening news on CNN, ABC, NBC and CBS leans elderly. Meanwhile, there has been an explosion of conservative youth. Despite the left’s domination of education, the media, entertainment, business and the legal system, they aren’t making traction with young people.

Business Insider recently surveyed 1,500 young people from Gen Z, known as Zoomers, and found they were about evenly split between Republicans and Democrats. Sadly, all the news in the MSM blares that Gen Z is very liberal, and most of the major polling companies like Pew lean to the left so the real numbers aren’t getting out. Pew deliberately changes the narrative by doing things like breaking up polls into “white evangelicals” vs. “non-white evangelicals,” in order to cause division and never actually produce real data about what groups like evangelicals think.

Contrary to perceptions that only old people watch Fox News, it is equally popular across all age groups. According to a poll by Public Opinion Strategies, only 20% are 65% and over. A larger 25% that watch Fox News are 18-34. In contrast, CNN only attracts 20% in that young age bracket. The median age of the average viewer of the traditional MSM TV networks ABC, CBS and NBC is 60, and it hasn’t changed in years. Left-wing MSNBC has the largest share of older viewers, with a whopping 44% 65 or older, and only a tiny 4% of its viewership is 18-29.

Baby Boomers are now senior citizens, and since the so-called hippy generation always leaned to the left, this should come as no surprise. A CNN article from 2019 entitled “The Democratic electorate is older, more moderate and less educated than you think,” observes that 27% of Democrat voters are 65 and up, whereas only 14% are younger than 30. A 2018 Pew poll found that more Boomers are Democrats than Republicans, 48% to 46%, a recent shift from when they were more Republican in 2015.

A major study of 10 million people in 2016 found that more young people identify as conservative now than in the 1980s, and more than Gen Xers and Baby Boomers. It also found that a larger percentage identify as far right, 23% of Millennials. In contrast, 22% of Gen Xers and 17% of Boomers do. This makes sense, due to how crazy the left has become, polarizing people and canceling youth on social media.

Another survey in 2016 found similarly striking results among 14 and 15 year olds. The Gild found that more teens held socially conservative views than Millennials, Gen X and Boomers. An astonishing 59% identified as conservative on same-sex marriage, transgenders and cannabis legislation. And 14% of the teens identified as “quite conservative,” in contrast to 2% of Millennials and 1% of Generation X.

White youth are clearly more conservative than other youth. A Tufts poll found in 2016 that 48% of those between 18 and 29 voted for Donald Trump, while only 43% voted for Hillary Clinton (their polling of the 2020 race is problematic due to all the voter fraud), a significant difference beyond the margin of error.

Many of the biggest stars on the right are quite young, Millennials or younger, such as Candace Owens, Charlie Kirk, Tomi Lahren, Steven Crowder and Ben Shapiro. The left keeps warning about this huge cultural shift that is going to be the result of younger generations moving to the left, but it’s been a big flop.

Why isn’t the constant indoctrination from every part of life working to turn these kids into leftists? Part of the reason is their parents. The kids hear the left demonizing their parents merely for being white, Christians, or Republicans, and they see a disconnect. Their parents aren’t the monsters the left is making them out to be. Their parents are giving them a better upbringing than a lot of woke parents. Who wants to have every conversation with your parents revolve around race and white privilege? Who wants a parent who is constantly high?

The other reason is the left is starting to implode and attack itself, so many young people are finding themselves canceled even if they’re not vocal conservatives. One small slip-up and they’re subjected to a torrent of hate on social media. We’re not quite yet a totalitarian society where the government ensures that there is no dissent, so there is still room for youth to slip out of the left’s grasp.

The left tries to polarize everyone by race, but the truth is we’re more mixed races than ever, and someone who looks white is often mixed. The child of a white and black parent isn’t buying the lie that his white parent is evil and and his black parent is a victim. The left’s contradictory messages are catching up. Racism was decreasing in society for years, until Barack Obama stirred things up and Black Lives Matter emerged. It doesn’t take too long digging through woke results on an internet search to find out that the U.S. is the least racist country in the world and was one of the first to end slavery. A recent survey of people around the world asking them where they would choose to move to overwhelmingly found the U.S. was the top choice, no other country came even close. An astonishing 21% picked the U.S., with Germany second at 6%.

Since so many polling companies tilt to the left it is not easy to discover this trend. But as long as we can stop voter fraud, there is no sign the country will be tilting to the left anytime soon.