Rachel Alexander
|
Posted: Mar 29, 2021 12:01 AM
Share   Tweet
The opinions expressed by columnists are their own and do not necessarily represent the views of Townhall.com. 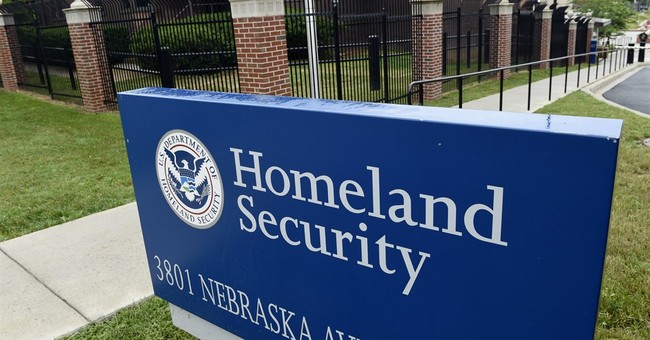 You don’t hear much about what’s going on behind the scenes to stop terrorists from coming over the border. Certainly, much of it is classified, because it might compromise sources and methods used to intercept plots. But the left wants you to think there isn’t much of a threat, it’s just hype meant to justify strict border laws that keep out Hispanic illegal immigrants. They ridiculed President Trump for bringing it up, feigning professional outrage. They deny that possible terrorists, identified as “SIAs” or Special Interest Aliens, are crossing the southern border.

Fortunately Todd Bensman, a counterintelligence expert who covered national security as a journalist, has written a book revealing this secret work, America’s Covert Border War: The Untold Story of the Nation's Battle to Prevent Jihadist Infiltration. He asks why our political leadership on both sides of the aisle set in place an extensive counterterrorism enterprise on the southern border if there was no threat. Due to heightened security measures taken after 9-11, terrorists have turned to coming in through the U.S.-Mexico border instead of flying.

Bensman discusses how terrorists have been getting into Europe in large numbers, using Europe’s overwhelmed asylum systems, which aren’t that different from ours. Once given asylum, instead of being grateful, some of the new immigrants begin plotting attacks against their host countries. Due to the EU’s lax migration laws, terrorists have been able to quickly move from country to country. Bensman goes over so many terrorist attacks there your eyes glaze over; it is too much to comprehend.

He refutes the notion that low numbers of terrorists and casualties means a low threat, pointing to a RAND study that found additional impacts on trade, investment, related victims and the economy. This had an effect on voting in Europe, leading to election wins for the parties that campaigned against the lax policies. Several of the countries started restricting their border policies beginning in 2016, namely Germany, France, Denmark, Sweden and Norway. It contributed to Britain leaving the E.U. in BREXIT.

Here is the irony: The reason there have been so few terrorist attacks from SIAs crossing our southern border is because this secretive counterterrorism enterprise is in place. The more the left clamors about racism, the more the efforts are made secret. And because attacks are thwarted, they don’t make headlines.

Compounding the problem is that the number of SIAs who show up on U.S. terror watch lists is classified. Same with the number of “Known or Suspected Terrorists,” or KSTs. DHS lumps them in one category called OTM, Other Than Mexican, and then when it issues lists publicly, only includes Chinese, Central Americans and Indians. What people don’t know is the numbers of SIAs coming into the country have tripled since 2007, thousands per year. A Cato Institute study found that they have quadrupled.

A second prong of this counterterrorism is fighting it outside our borders. A significant effort is being made, but “The American public knows almost nothing of these distant activities.”

Bensman explains that the reason the focus is on our southern border and not our northern border with Canada is not due to racism, but due to the simple fact it’s much more difficult for terrorists to fly into Canada. It’s far easier for them to sneak into Mexico or Central America.

When caught, many are merely deported. It’s hard to track SIAs from Somalia and Libya and put them on watch lists, because their governments are so chaotic many citizens lack birth certificates. Some governments refuse to work with the U.S., including Sudan, Iran, Syria, Cuba and Venezuela.

Some SIAs lie to get political asylum. Mohammad Ahmad Dhakane from Somalia made up a story about how he was persecuted for being a Christian. In reality, he was a “senior terrorist group insider, trained as a guerrilla fighter in all the usual armaments” who had “likely derived the granular details of his bogus asylum story from atrocities he himself had perpetrated on others.” An FBI agent complained to Bensman, “You interview them, run every database possible, fingerprints, watch lists, check their stories.... Could we be fooled? Of course.”

One chapter is devoted to the smugglers, known as SIA smuggling kingpins. Very few are caught and prosecuted; only 25 since 2001. They are usually motivated by profit, not jihad ideology. They charge $35,000-$50,000. The money goes for things like paying off police on the way. The stories about smugglers are fascinating and worth reading alone, they sound straight out of a movie. Bensman flew all over the world tracking down sources for firsthand information.

Corrupt government officials aid the smugglers. For example, in Honduras, officials in rural areas of the country sell identification papers to smugglers. Mexico isn’t likely to deport SIAs because it is difficult to secure diplomatic agreements with the home countries and the plane tickets are expensive.

Bensman provides a lengthy list of solutions. What people don’t realize is few of Trump’s border crackdown measures affected SIAs. These counter-infiltration projects have languished without any audit or evaluation. Implementing this is a priority. We must “consider ways to heighten the self-interest so that these countries might actually want to police their foreign consulates and embassies.” He says the U.S. should “substantially increase security assistance, humanitarian development aid, and training program packages to the six key transit countries: Ecuador, Brazil, Colombia, Panama, Guatemala, and Mexico” in order to coerce them into assisting. Another key aspect to resolving the problem is increasing the penalties and detention lengths for SIAs.

Unfortunately, under the Biden administration, things are just going to get worse as Democrats reverse tough policies. Even if Republican governors refuse to accept Syrian war refugees and others, they can still go apply for asylum at the border. With the numbers of SIAs crossing the border about to increase even more, it is a pot of water about to boil over.