Rachel Alexander
|
Posted: Feb 15, 2021 12:01 AM
Share   Tweet
The opinions expressed by columnists are their own and do not necessarily represent the views of Townhall.com. 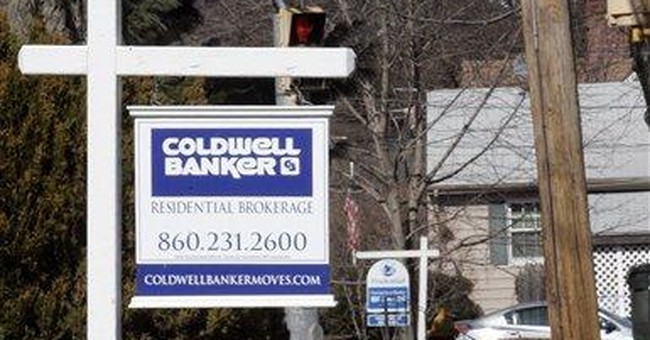 In the aftermath of the subprime mortgage crisis of 2008, the Obama administration decided someone must be punished. But instead of taking on the powerful financial institutions at the core of the scandal — which were given bailouts instead — they went after the easy targets like small real estate brokers. Tony Viola was one. Prosecutors sent him to prison for supposedly tricking banks into offering mortgages with no money down. But in reality, the banks were knowingly offering those loans. The prosecution withheld this evidence from him. The wrongdoing was so blatant that from prison, and without an attorney, Viola was able to establish his innocence during a second trial.

Now it’s come out that there may have been even more wrongdoing by prosecutors. Viola, who served eight and a half years in prison and was released in May 2020 as a result of the new evidence, recently discovered that the married prosecutor in his case was allegedly having an affair with one of the government’s witnesses, who was also married. Ohio Assistant County Prosecutor Dan Kasaris presented Kathryn Clover as a fact witness when in reality she was a paralegal for the prosecutors and allegedly in a romantic relationship with him. They reportedly shared the same attorney, Jaye Schlachet, who Kasaris hired for his separation from his wife and Clover’s divorce.

Clover allegedly lied about Viola during the initial trial. But she felt so bad about it afterward that she asked Schlachet to be put back on the stand. The prosecutors refused, apparently, because they needed her false testimony in order to convict Viola. She was not able to recant her testimony until the second trial in state court. Then she took the Fifth Amendment, likely afraid of being prosecuted for perjury. However, Viola believes prosecutors continued using her in other grand jury proceedings and criminal cases — even though they knew she committed perjury — because she'd say whatever they needed.

Viola allegedly obtained thousands of emails exchanged between Kasaris and Clover from Kasaris’s Yahoo email account, where Kasaris affixed his official signature as a prosecutor. Several witnesses submitted affidavits regarding their knowledge of the affair between the couple. Kelly Patrick, a former sister-in-law of Kasaris, says she has “over 100 pages of Facebook Messenger messages with his wife Susan about this sexual relationship that went on for many years."

Patrick believes Kasaris had bad motives for prosecuting Viola. She thinks he was jealous of him. Kasaris and his wife also bought and sold houses with no money down and cash back, and Patrick believes Kasaris saw Viola as a competitor. Kasaris is a Democrat. Patrick observed, “Around me he was an atheist; he disliked minorities, Republicans, and Catholicism.” Viola is Catholic and Republican.

Kasaris at first denied the existence of the Yahoo emails but later admitted he used the account for emails regarding criminal prosecution. He claimed he fixed the problem by deleting the emails. Apparently, because Hillary Clinton got away with using a private email account to conduct confidential government business and deleted her emails, Kasaris thinks it’s fine for him as well.

Other wrongdoing by the prosecution in Viola’s case has still gone unpunished. For a decade, the FBI claimed it was unaware of almost 10,000 pages of records in its own records system on Viola’s case that would have exonerated him. FBI Agent David M. Hardy twice made materially false statements asserting that the prosecution had turned over all the documents and evidence to Viola. The FBI finally admitted lying about those records. The DOJ withdrew Hardy’s statements, and in a letter to the judge, Assistant U.S. Attorney Michael Colville said he “regrets those inaccuracies and the resulting inconvenience.” He asked the judge to vacate her previous rulings in their favor.

Former Assistant U.S. Attorney Mark Bennett falsely stated there was no “FBI 302” interview summary with a banker who’d said the bank offered the same no money down mortgage loans that Viola supposedly duped them into making. Kasaris also made false statements under oath about the existence of the same voice recordings and the FBI 302.

Bennett later admitted in writing that Clover had lied, but didn’t bother retracting the testimony. He also lied about the existence of voice recordings made by the prosecutors’ office manager Dawn Pasela, who recorded her conversations with Viola so prosecutors could obtain confidential defense trial strategy information. Pasela felt so horrible later on that she disclosed evidence the prosecution had been hiding and gave it to Viola.

Viola filed a complaint requesting that prosecutors follow the regulations and report misconduct, but so far it has fallen on deaf ears. Despite knowingly using Clover's perjured testimony to win a conviction, Bennett received an award in 2015 for prosecuting Viola and others. Nothing has happened to Kasaris. In fact, he appears to be raising money to run for office.

Viola filed a request to search Kasaris’s Yahoo email account, but strangely, Republican Ohio Attorney General Dave Yost has fought those efforts. This is odd considering Yost wrote in the introduction to the 2020 Edition of the Ohio Sunshine Manual (which lays out how public records laws are to be enforced), “I fully support government transparency and your right to know what goes on behind the scenes.” Emails by government employees are considered public records, and while certain confidential information regarding cases may be redacted, the emails must still be released. Even many of Hillary Clinton’s emails were eventually released by the State Department.

There are numerous blatant ethical violations in this case. If Donald Trump’s election attorneys had been caught engaging in this type of behavior, they would have been disbarred. But because the deep state is involved and the legal system is dominated by the left, no one wants to turn on the corrupt people involved who used Viola as a scapegoat to further their political agenda.