Rachel Alexander
|
Posted: Feb 01, 2021 12:01 AM
Share   Tweet
The opinions expressed by columnists are their own and do not necessarily represent the views of Townhall.com. 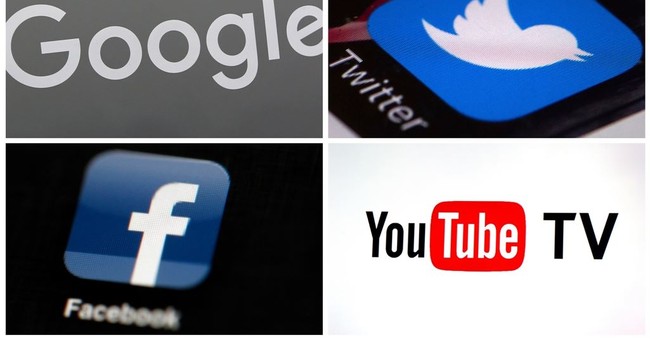 We’ve learned by now that the purges happening on social media are not just aimed at extremists, as the left first claimed. They are gradually moving the goalposts to snare the rest of us conservatives too. Toward the beginning of the purges, the left claimed they were just banning people who incited or threatened violence. Then it moved to banning people who posted “false” memes (never mind that many of these memes were merely opinions or satire). Now the excuses are flying like crazy. Anything from questioning the results of the presidential election to promoting MAGA, which they’re claiming is synonymous with white supremacy, is suddenly off limits.

It is terrifying for those of us who make a living dependent on social media, and that’s a lot of us because it’s become a primary method for advertising products and services. It’s also disturbing because that’s where much of society’s political debate and organizing takes place now. Big tech gets away with it because they are private companies not subject to the First Amendment.

Unfortunately, the purging didn’t stop with social media. We’re already seeing other types of platforms ban conservatives. YouTube, which is owned by Google, is kicking conservatives off. Financial companies, such as fundraising sites like GoFundMe and transactional sites like PayPal and Venmo, are banning people too. WordPress, which is used by 20 percent of sites worldwide as their content management system, has started purging us as well. Conservative Treehouse, a fairly popular site, was deplatformed in November with no explanation.

We can come up with our own alternatives, but the left is setting its sights far deeper to undermine them. We’re seeing it in their efforts to get rid of our competing sites. Amazon banned Parler from its cloud hosting service, and Google and Apple banned Parler from their App stores. The companies claimed it’s because users of Parler plotted the violence at the U.S. Capitol through its platform. But Antifa and BLM plot violence on Twitter and nothing has happened to Twitter. Parler initially stated it would take a week to find a new hosting company, but it’s been well over a week and it’s still offline.

Gab, another social media site conservatives have been migrating to, has been targeted for a couple of years. Apple refused to accept its app in its App store. Twitter cut off access to its API. Amazon, PayPal, GoDaddy, Stripe and Medium have cut off their connections. Its hosting provider Joyent terminated service last fall, forcing Gab to move elsewhere. The companies cited Gab’s free speech policy, which is so broad racists sometimes sneak through. But Twitter is full of racists who are allowed to stay, such as radical Islamists threatening violence toward Jews.

The left’s targeting of hosting companies in order to pull the rug out from under our platforms is disturbing since there are only so many access points to the internet. A new social media company that is about to launch told me they are using servers based in the Isle of Man. But even that might not be enough. I spoke with Larry Ward, the president of Politica Media, Inc., a conservative digital advertising agency that hosts my website. He warns, “If the U.S. government wants to cut off overseas hosting, it can in the same way it can seize finances, by exerting its influence, power financially and militarily over the host country.”

Similarly, the left is talking about going after cable internet providers and pressuring them to drop conservatives. Ward observes that current law protects them from kicking us off based on ideology, but the Democrats can figure out how to change that. If companies can ban “hate speech” on the internet, why not ban it at the entry point to the internet?

Another area the left will likely target is domain name regulation because it can undermine us even if we have separate platforms, hosting companies and internet providers. The Internet Corporation for Assigned Names and Numbers regulates the backbone of the internet, overseeing how domains connect. A private company located in California and composed of leadership from all over the world, it used to be under U.S. government oversight but made independent in 2016. ICANN makes decisions such as deciding to add a .xxx top-level domain for pornography. I worked for Go Daddy as corporate counsel back in 2003-2004 and saw then how the globalists running it might someday use it to block conservatives.

Since so much of our lives and business need the internet, the banning has a ripple effect on our lives offline. Purging us off the internet also purges us from much of society. Run a hate campaign against a church and people will stop attending that church. Cut conservatives who have been wrongly fired from major funding sources like GoFundMe and they won’t be able to scrape by. Ban them from social media and it becomes very difficult to organize rallies and meetings and network.

How far will they get? So far, in just the few days since Joe Biden took office, the left has begun imploding a bit, feuding between factions since their beliefs rely on special interests, not consistent principles. This will make it harder for them to move fast and come to a consensus on banning us. They want to purge 75 million of us — but that number includes their family members, close friends, business associates, etc. If your wife has been doxxed by the left, it’s probably going to affect your income, and may even affect your own job because the left frequently targets family members of those they go after. They’re already purging moderates with no shame.

Removing Section 230 protections from big tech would be a big step in the right direction. But it is only chipping away at the tip of the iceberg. The right needs to get better at anticipating the left’s next moves because that’s how they operate, in chess moves far down the road. For example, we need to get our own representatives in ICANN.

Ward says we need to start operating our own ISPs/broadband providers and build our own data centers in internet hub cities in order to become carrier agnostic. I asked Ward, if the left is able to kick us off of ISPs, will we need to start from scratch, installing a second layer of cable in the ground? I was hoping he would dismiss my fear as baseless, but he didn’t. That's how far they could go to drive us out. I told a very intelligent friend of mine on the left about it, and he didn’t deny it. Instead, he joked, “Soon your side will be communicating with smoke signals.”

While I believe it’s inevitable that big tech is going to purge most conservatives from their platforms within a year or so, we can be prepared in advance. Instead of everyone building the next social media alternative, we need to spread out and start working on other layers of the internet. The left will be so busy feuding within its factions that there is a chance we can pull this off.