Here are the Rules for Defeating Radicals

Rachel Alexander
|
Posted: Dec 02, 2019 12:01 AM
Share   Tweet
The opinions expressed by columnists are their own and do not necessarily represent the views of Townhall.com. 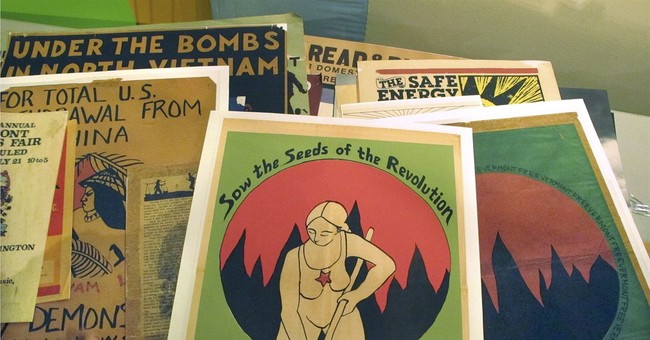 Longtime conservative writer Christopher G. Adamo has written the antidote to Saul Alinsky’s Rules for Radicals. In Rules for Defeating Radicals, Countering the Alinsky Strategy in Politics and Culture, Adamo explains Alinsky’s tactics in-depth, how they are played out today within the Democratic Party, and provides 10 ways conservatives can fight back. It is packed full of colorful examples and includes brilliant insights Adamo has come up with over his many years in politics.

He begins by saying Alinsky’s Rules cannot be used by conservatives back against the left. “The Alinsky strategy necessitates lying, intimidation and exploiting the lowest and basest forms of human character.” He goes on, “a liberal lie cannot be countered with a conservative lie, but only with the truth.” However, Adamo does not advocate for a wimpy approach either.

Alinsky’s Rules were implemented within the Democratic Party after the book came out in 1971. One of the characteristics of the Alinsky method is arrogance. The left claims it knows best and dictates to everyone what to believe. They project guilt onto others to dissuade them from their viewpoints.

Another characteristic is hypocrisy. The left had a fit with the “outing” of CIA agent Victoria Plame Wilson, and Scooter Libby was sentenced to 30 months in prison (President George W. Bush commuted the sentence). In contrast, Hillary Clinton used an illegal, unsecured email server to conduct official business as secretary of state. Nothing happened to her and the left rallied to support her.

The left uses branding to label heroes and villains. They use the word hate to describe the motivation for any deviation from the left-wing viewpoint. Ironically, they attack their targets on the right with “the most vile and unfettered exhibitions of real hate.”

The left has mantras that it repeats over and over, despite the lack of evidence backing them up. They “react with theatrical, coordinated outrage and even violence, the moment anyone dares to question their validity.” One mantra Barack Obama was famous for saying was, “Experts across the political spectrum agree.” This Alinsky tactic is to marginalize those who disagree with the professed conclusion of the “experts.”

Destroying our moral certitude and aggressively replacing it with their own perverse moral code is part of the agenda. The Coexist bumper stickers are a classic example. “They just ‘know’ that their views on life and the human condition are inherently superior, so they loudly and shamelessly proclaim as such.” But if you disagree with them, “their Coexist sanctuary disappears,” and they attack viciously.

RINOs, or Republicans in Name Only, make up an Alinsky fifth column. They claim they are “putting principles above party” by siding with the Democrats, but the principles they are advancing are those of the Democratic Party. They marginalize and dismiss real conservatism as “extreme” and dismiss the candidates as “unelectable.” They misinterpret Ronald Reagan’s “big tent.” It was meant to invite others who might not totally agree with him to put aside their petty differences and join with his overall vision for America and the worthy goals he sought.

In response to these tactics, conservatives need to stand up to the bullying. Adamo’s first rule is “Never apologize unless an actual wrong has been committed. And if an apology is truly warranted, remain very specific as to the issue that is actually being addressed.” Leftist claims of taking offense rarely involve hurt feelings, but are “strictly an effort to force recantation of truths that are damaging to their fragile ideological constructs, and which leftists cannot otherwise refute.”

A second rule says don’t bother engaging leftists about the truth, they are ideologues who don’t really intend to find common ground, they want nothing less than our complete ideological surrender.

Another rule says don’t accept the left’s baseless assertions of cause and effect, which are proclaimed as inarguable truth, but are only enabling propaganda. They claimed massive people would die if Obamacare wasn’t implemented. This deflected from the millions who actually lost worthwhile healthcare coverage.

Adamo’s fifth rule warns never to accept the left’s definition of good and evil. “On such bogus premises, they grant themselves ‘license’ to engage in any behavior, no matter how deceitful, vicious or depraved, in order to prevail.”

Stay on point. Do not allow leftists to complicate the issue or distract from it, instructs one of his final rules. Leftists do this when discussing abortion. They shift the focus from the grim reality to “the supposed liberation and elevation of women, feigned ‘compassion,’ concerning the ‘quality of life’ of the child, and the seemingly virtuous and utopian promises of embryonic stem-cell research.”

Adamo concludes, “Such is the human condition that a significant number of people will always gravitate towards evil and lies, as a seeming shortcut to get what they want.” But he assures us that their power to persuade is finite. “A single, well articulated presentation of truth can thoroughly devastate even the most elaborate construct of leftist lies.” Reading Adamo’s book will give you the ammunition you need to fight back hard without resorting to the left’s despicable tactics.