Rachel Alexander
|
Posted: Mar 06, 2018 12:01 AM
Share   Tweet
The opinions expressed by columnists are their own and do not necessarily represent the views of Townhall.com. 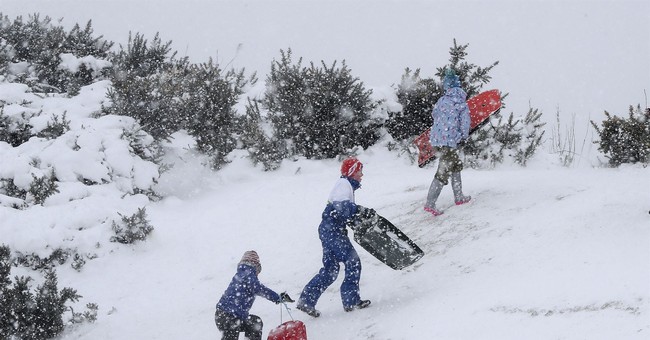 In recent years, society has focused more on issues affecting girls and women than on those related to boys and men. But now, in all 63 of the largest developed nations, boys are falling behind girls in all academic subjects – especially the biggest predictors of success, reading and writing, in their mental health (depression, suicides), physical health (lower sperm counts), IQ, ability to create friends, and so on.

Dr. Warren Farrell, who has written extensively on men and family, just released a book with co-author John Gray, the bestselling author of Men are From Mars, Women are From Venus. The Boy Crisis goes over a long list of afflictions plaguing boys, affecting their development into men, and offers solutions to turn the problem around. He spoke with me in an interview about the book.

Farrell observes, “Whenever only one sex wins, both sexes lose.” For every girl who turns out well, she’ll have a boyfriend or son whose issues she must deal with. Even if you do not have children, you are paying for the boy crisis in taxes – boys on welfare, in prison, unemployed, joining ISIS, doing school shootings. As Farrell puts it, "Boys who hurt, hurt us.” A big part of the problem is boys are growing up without fathers. Mothers are usually awarded primary custody of children when parents split up.

Farrell, a former board member in NYC of the National Organization of Women, says the women’s movement did a great job expanding the options for women in the last half century, framing discrimination as women not being able to be equally involved in the workplace. But no one changed the public consciousness about the discrimination being faced by men desiring to enter the world of their children, the home place. Especially after divorce. And no one confronted the 53 percent of women under 30 who have children without being married as to their denial of the rights of the children to have both parents.

We gave boys what Farrell calls "social bribes" to be disposable in war – calling them heroes. And by women "marrying up" we got men to associate making sacrifices at work with being loved. The feminists portrayed the male as oppressor and the female as oppressed – acknowledging the mother’s sacrifice of a career, but not the dad’s sacrifice in his career.

Feminists cast men’s high pay as privilege and power, discrimination in favor of men – but did not understand that the expectation of men to earn money was actually discrimination against men. The road to high pay is a toll road. Currently, feminists are trying to have it both ways: “I am woman, I am strong; I am woman, I was wronged.” Affirmative consent – requiring our sons in college to ask a woman for consent before he reaches out to hold her hand lest he be sued for sexual harassment – infantilizes women by not asking women to share accountability for the changing male-female tango. He says that when women respond romantically to sensitive men, men will become more sensitive.

Farrell observes that few romance novels are titled, "He stopped when I said 'no.'” Women are still falling in love with successful men, not men who stop at the first “no.” The sexes need a dialogue, not a monologue. Farrell feels we've turned the battle of the sexes into a war in which only one sex has shown up – our sons are putting their head in the sand and hoping the bullets will miss. We have to ask girls to share the risk of sexual rejection, not just blame boys when they do it too much and ignore them when they don't do it enough. He concludes that feminism damages our daughters by honing victim power as a fine art.

Farrell says that convincing people to treat boys and girls slightly differently – without looking like an insult to girls – can be accomplished, because it’s not a positive or a negative. For example, boys tend to enjoy rough housing more, girls find it easier to sit without fidgeting in class. We can help both sexes grow effectively by acknowledging those differences and doing some combination of being conscious of them without catering to them and enabling them. It’s a balancing act. Boys have greater challenges sitting in the classroom. But they are fine getting up and doing a project, a play or chemistry experiment. And from the success that both sexes have from excelling at these differences, they’ll gain incentives to push themselves further – such as girls engaging in risk, boys sitting still.

Currently, thousands of fathers across the country are jailed for getting behind on child support. It’s like a modern-day debtors’ prison – something the U.S. supposedly got rid of years ago. Farrell says we need to change this. We have to redefine everything that child support means.

The data shows that children need dad’s time more than they need dad’s dime. We need to require dads to contribute time first. We also need to punish moms that prevent dads from contributing time.

One of the biggest solutions is to decrease divorce. Farrell teaches couples’ communications workshops all over the country. He’s discovered that the main source of conflict in marriage is the inability of spouses to take criticism from each other without becoming defensive. So the other person starts walking on eggshells. They feel less and less heard by the person they love the most. Then children arrive, and the parents have even less time to communicate their frustrations with each other. Their parenting styles are different, but they don’t know how to communicate the value of their differences. They are legally married but psychologically divorced, in “minimum-security marriages.”

When the couples do that, they feel so much more loved by each other, and then they realize they can do that with their kids, parents, conservatives and liberals, Israelis and Palestinians, employer and employees. It’s the beginning of creating the world peace we all talk about. Which has always been elusive for us.