Rachel Alexander
|
Posted: Jul 17, 2017 9:05 AM
Share   Tweet
The opinions expressed by columnists are their own and do not necessarily represent the views of Townhall.com. 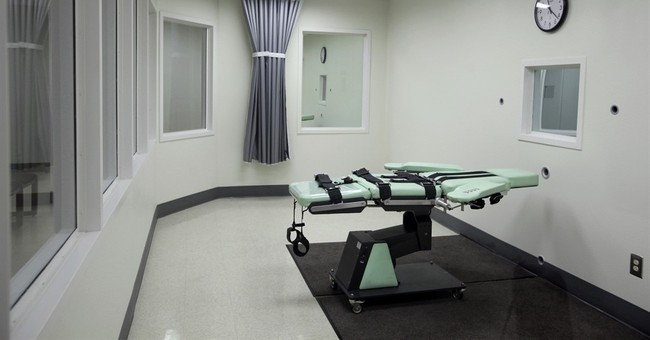 Whether you agree with the death penalty or not, it is a misnomer that many innocent people have been executed in America in modern society. Instead, some people were executed where it was discovered later that the prosecution made mistakes, someone else came forward to dispute some of the evidence or similar. This resulted in a “wrongful conviction,” which is not the same thing as being found innocent.

The Death Penalty Information Center, which subtly opposes the death penalty, admits, “There is no way to tell how many of the more than 1,450 people executed since 1976 may also have been innocent.” The site identifies 13 cases after 1976 where exculpatory evidence emerged after someone was executed. However, none of the evidence necessarily proves that the 13 men profiled were innocent. Barbara O'Brien of Michigan State University College of Law, the co-author of a 2014 study which claimed that 4.1 percent of those sentenced to death are innocent, admitted the study was merely “a scientific estimate of the rate of innocence” (emphasis added). An article in Newsweek observed that the “study required some inventive math.”

A paper published by the National Academy of Sciences about the same time acknowledges, “The rate of erroneous conviction of innocent criminal defendants is often described as not merely unknown but unknowable. There is no systematic method to determine the accuracy of a criminal conviction; if there were, these errors would not occur in the first place.”

While it is disturbing that exculpatory evidence has been discovered after someone was executed, it is still not the same thing as proving they were innocent. Part of the problem is anti-death penalty activists are so zealous they only provide part of the picture. They don’t present you with the prosecution’s key evidence. Unfortunately, prosecutors are so boxed in with legal ethical rules that they have little way of responding and getting their side out. It doesn’t stop there. Death penalty opponents have gone so far as to destroy the career of a prosecutor — getting him wrongly disbarred over a death penalty case — in order to keep up their ruse that there are numerous innocent people being executed.

If anything, the legal system errs on the side of letting someone guilty off the hook. Two-thirds of those sentenced to death end up having the judgment overturned. Defendants awaiting execution are eight times more likely to be exonerated than other defendants, because their crimes and prosecutions are scrutinized so closely.

This doesn’t negate the fact that a few innocent people were wrongly executed during the earlier part of this century, when technology wasn’t as advanced and racism was prevalent against black defendants. The state of South Carolina pardoned two innocent black men posthumously in 2009 who were wrongly executed. Thomas and Meeks Griffin were electrocuted in 2015 for murdering a white Confederate War veteran. It was discovered after their execution that the man who actually committed the murder provided perjured testimony, blaming the Griffin brothers.

This also doesn’t negate the fact that the death penalty can be unequally applied due to factors such as co-defendants agreeing to testify against each other or accepting plea agreements. In Arizona, Patrick Bearup sits on death row for a murder he was not directly involved in. One of his co-defendants, who actually shot the victim, took a plea deal for second degree murder and avoided execution.

Due to all the appeals, a death penalty defendant spends a long time on death row and costs taxpayers more than life imprisonment. It is true that life in prison is also pretty miserable. But these are not key arguments in the death penalty debate. The death penalty’s primary purpose is to deter future murders. Death penalty opponents deliberately try to shift the focus away from deterrence, because it is the most powerful argument in favor of it.

Opponents also try to discredit studies showing that deterrence works. But no matter how they try to dress up their argument with fancy statistics that can be doctored, does anyone really believe that the possibility of execution doesn’t deter some people from committing violent crimes? Don’t expect these zealous anti-death penalty activists and the complicit left-wing media to track what happens to defendants who are exonerated from the death penalty for “wrongful convictions.” If any of them commit additional crimes, it won’t make front-page headlines on the fake news.