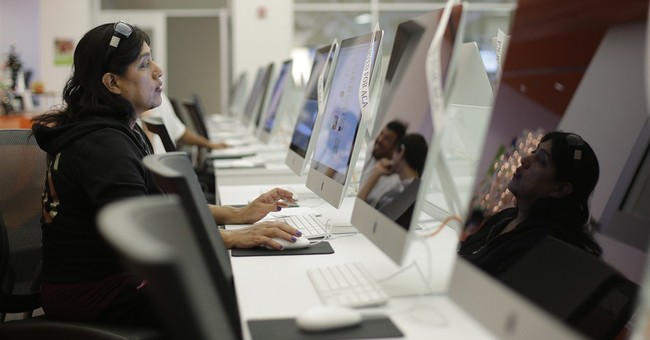 Lately, Americans can’t go more than a few minutes all day without seeing advertisements. These aren’t your ads of the 1950s. Many of them are for adult products like Viagra, featuring inappropriately dressed women. Other ads most of us would rather not see include ads for marijuana, Plan B, sleazy singles websites, and pornography. Click on what you think is a harmless news article on the Internet, and you’re likely to see the new square blocks advertising down the right side or beneath the article luring you with crude content. With smart phones accompanying us everywhere, just checking email or the Internet means viewing spam and pop-up ads galore.

Attempting to relax and watch a movie or TV, viewers can rarely escape commercials. The new free programs available for streaming TV and movies, such as Crackle, are laced with ads that cannot be fast forwarded over. There are ads played when on hold over the phone, ads on billboards, subways, and buses, and ads in magazines and newspapers. New York City is famous for its billboards featuring mostly naked models. And these are just a few of the many places Americans are bombarded with ads.

There are ad-blocking programs for the Internet and spam-blockers for email, but it is time-consuming to keep up with all of them. Whenever you think you’ve got a handle on it, something changes and a new source of ads appears that you must figure out how to block. And even if you do figure out how to block the new source of ads, there are fewer free ways available to do so.

Most of us have multiple email accounts that we don’t want to get rid of because we’ve been using them for so long. Gmail was great when it first came out, because it blocked virtually all spam, but within the last few weeks it has started placing paid advertising emails at the top of our inboxes. Facebook continues to increase the ads on our pages, now placing them in our news stream.

The average American views thousands of ads per day, and the number increases every year. Immeasurable ads is not the problem, although it can be irritating. Pop-up ads on websites become obnoxious when your computer is old, freezing up the browser indefinitely. Some ads are now so obnoxious they take seconds or minutes to get past in order to reach the content you want to view. However, in a free, capitalistic society, ads are the primary method used to communicate products to consumers, and they provide consumers with goods and services free or for a lower cost in exchange.

The problem lies with ads being rammed in our face that contain inappropriate content. We are now bombarded with constant reminders of things we find repulsive or immoral, day in and day out. Our children, whose minds are still developing and so are are more susceptible to influence, are being bombarded equally with this adult content.

Most of us wouldn’t find the bombardment of ads so irritating if they were clean ads. The disreputable nature of the ads is what has put us past the tipping point. Who wants to be reminded about pot and nudity multiple times a day?

The garbage ads are a result of the left’s efforts over the past 50 years to remove any moral judgment from certain activities. Whereas 60 years ago virtually everyone would have been ashamed to market crude adult content, now half the population could care less. Around half the population has been indoctrinated by the left, which lectures society that finding crude content inappropriate is judgmental or prudish. Americans blindly accept the garbage, oblivious to the damage it is causing them. Desensitizing people to taboo subjects only serves to hurt them in interpersonal relationships and moral choices down the road. As the saying goes, “garbage in, garbage out.”

Feminists must be feeling confused. They claim to oppose the mistreatment and exploitation of women, but at the same time they fought to treat everything as morally relative. If a woman wants to take her clothes off and be exploited, they called it “empowerment.” Now that feminists can’t go more than a few minutes without seeing a half-naked woman in an ad, they must be questioning what they were fighting for.

What can be done about the neverending onslaught of crude ads? There are too many companies to fight it from the top down. We’ve mostly lost the battle to stop public school indoctrination of our children. The best way to stop the bombardment is to block the ads and avoid the businesses - as much as possible - that are behind the ads.

Abercrombie & Fitch used to be the retailer of choice for Theodore Roosevelt, Clark Gable and President Eisenhower. In the early 2000s, the store started a racy ad campaign featuring photos of nude models. People spoke up, tired of seeing the ads broadcast everywhere, including large half-naked photos outside the store fronts in malls. The boycott worked, and the company closed 71 of its stores in 2012, with plans to close 180 more by 2015.

Frequent websites like Townhall that don’t run crude ads, and share articles from those sites rather than from liberal news sites. It may create somewhat of a stratified society, but it can work. When the biased liberal newspapers refused to change their yellow journalism, conservatives dropped their subscriptions, gradually sending the companies out of business. Meanwhile, conservative newspapers like The Wall Street Journal are still thriving. The UK Guardian is one of few liberal newspapers still doing well - and I guarantee you it is no coincidence they have reached out to conservatives like myself to contribute.