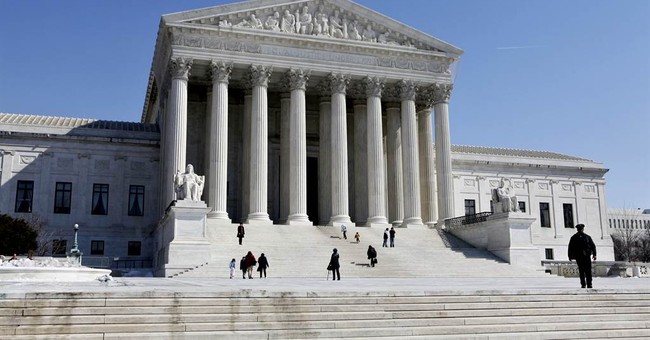 Control of the U.S. Senate is up for grabs on Nov. 4, and illegal voters may tip the balance. Estimates are that more than 14 percent of non-citizens were registered to vote in the elections of 2008 and 2010, and that could now easily exceed the margin of victory in many tight Senate races.

New non-partisan research by professors at Old Dominion University uncovered the shocking amount of voting by non-citizens, as published by the Washington Post last Friday. Their work did not choose sides in the debate over whether non-citizens should be allowed to vote, which Congress has already answered in the negative by sensibly limiting voting in federal elections to only American citizens.

Several states enacted common-sense provisions in order to strengthen voter integrity in this year's election. The U.S. Supreme Court denied an attempt to block voter ID from going into effect in Texas, so at least the Lone Star state will be able to limit mischief at their polls in this election.

Other states are not so fortunate. Wisconsin passed a voter ID law that was upheld by the Seventh Circuit, but the U.S. Supreme Court then blocked that good law from going into effect this November.

In July, three non-citizens were indicted for illegal voting in Ohio in the 2012 presidential election. But most illegal voting cases end in a plea bargain that results in erasure of the convictions after a year if the defendant stays out of additional trouble for that long.

In Colorado, which could decide which party controls the U.S. Senate, votes are now cast entirely by mail with little protection against voter fraud. A total of 3.6 million ballots were sent to Coloradans based on addresses as old as 2008, which is six years ago.

One Colorado state senator said he has been to households that have received as many as seven separate ballots, and the person now living there could vote all seven ballots without anyone noticing. Paid political activists, known as "harvesters," can gather up to 10 ballots of others and then dump them all in an unguarded drop box, and there is nothing that stops harvesters from gathering and voting even more.

What happens to unused ballots that people throw out after receiving them in the mail? Most people do not shred their trash, so many unused ballots inevitably end up in apartment complex garbage bins where they are available to be filled in and sent in by unscrupulous party workers.

The lack of voting integrity makes it far from clear whether the election outcome will reflect the will of the voters. The essential role played by poll watchers is impossible in Colorado's system of mail-only balloting.

The corrupt practice of counting votes that were cast in the names of dead people reemerged in North Carolina in 2012. The executive director of that state's election board reported that the votes of 81 dead people were counted, most of whom had died before it was possible for them to cast absentee ballots.

Reforms passed in North Carolina are not effective in time to ensure voter integrity in this election, where there is a close race for the U.S. Senate seat. No voter ID is yet in effect there.

The top priority of Obama's Department of Justice has been to oppose voter ID laws passed by various states. But Attorney General Eric Holder has announced his resignation, and the Senate should not confirm any successor who opposes state efforts to improve voter integrity.