Phil Kerpen
|
Posted: Jan 03, 2019 8:59 AM
Share   Tweet
The opinions expressed by columnists are their own and do not necessarily represent the views of Townhall.com. 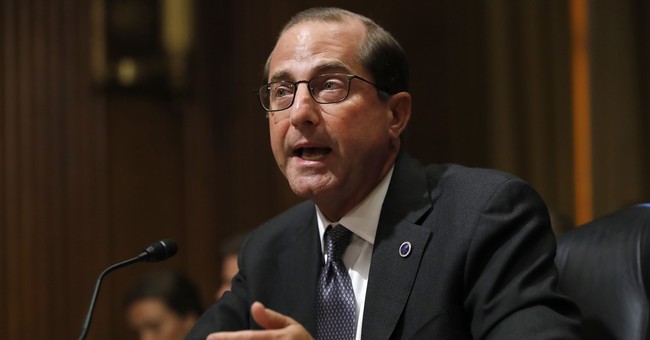 Americans are justifiably angry that we pay the highest prescription drugs prices in the world - anger President Trump tapped into on the campaign trail.The disparity exists because other rich countries use price control schemes, forcing American consumers to provide the returns on capital that justify the enormous research and development costs associated with bringing new cures to market.

The rest of the world free-rides on our innovation.

In its recent report "The Opportunity Costs of Socialism," the White House Council of Economic Advisers (CEA) looked at "the impact on medical innovation of the U.S. adopting European-style price controls" and found: "If M4A would entail the same experience with below-market prices as other countries with socialized medicine, it would reduce the world market size and thereby medical innovation, and ultimately mean that future patients would forgo the health gains that would have come from these forgone innovations."

It is remarkable that, just days later, Health and Human Services Secretary Alex Azar proposed setting prices for drugs in the Medicare Part B program, which are doctor-administered drugs, with a formula based on foreign price controls.

That would directly undercut the efforts of the U.S. Trade Representative to combat foreign price controls. A recent study by the Committee to Unleash Prosperity found that eliminating price controls in OECD countries would result in eight to 13 more drugs coming to market every year by 2030 and raise life expectancy in the United States by 1.1 to 1.6 years.

The U.S. Commerce Department has found that easing foreign price control regimes could, by increasing research and development of new drugs, result in more competition and lower prices in the domestic U.S. market.

Doing the opposite - imposing foreign price controls to the domestic market - would have disastrous consequences.

"Economists and policymakers have long recognized that research and development activity suffers from a severe free-rider problem," Kevin Hassett, now president Trump's top economist, wrote in 2004."In the past, the U.S. market has been large enough relative to the rest of the world that it has been able to support research despite these intrusions. The evidence reviewed here suggests that there could be devastating effects should our policy environment change."

Far from solving the free-rider problem, U.S. adoption of foreign price controls would undermine the incentive to invest in research and development. There would be no more moving vehicle on which anybody could get a free ride.

The average cost of bringing a new drug to market is about $2.6 billion, according to a widely cited Tufts University estimate that is now a few years old and therefore probably a lowball figure.

While capital has flowed freely into research and development, we cannot take for granted that it will continue to do so.Returns on capital in the pharmaceutical sector have fallen to about average in recent years and with the Federal Reserve pursing normalization competition for scarce capital will only intensify.

President Trump is absolutely right to spotlight the unfairness of other rich countries free-riding on the U.S. market for pharmaceutical innovation.But the if-you-can't-beat-them-join-them approach of Azar's proposal would actually undermine the only real solution: breaking foreign price control regimes in trade negotiations.