Democrats Voted to Take Health Care Away from Millions

Phil Kerpen
|
Posted: Oct 15, 2018 1:26 PM
Share   Tweet
The opinions expressed by columnists are their own and do not necessarily represent the views of Townhall.com. 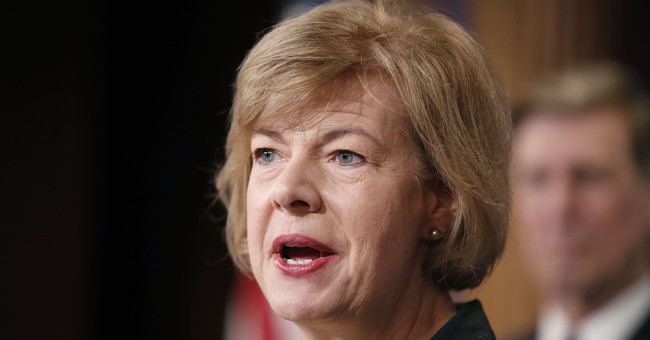 When Republicans vote against coverage expansions, that's the headline. So let's give Senate Democrats the same treatment: they just voted to take away insurance coverage from millions of Americans.

I'll explain. Last summer, Republicans failed to deliver on their longstanding promise to repeal Obamacare due to Senator John McCain's dramatic last minute thumbs down.They failed again in the fall, when the Graham-Cassidy bill to block grant health care dollars to the states was pulled from the floor because ailing Senator Thad Cochran was stuck in a Mississippi hospital.

Conservative activists were disappointed and dispirited, liberal partisans were jubilant, and most of America just figured we would keep muddling on with the dysfunctional Obamacare apparatus still in place.

But late last year, Congress struck a major blow to the heart of Obamacare.The individual mandate penalty tax that punishes Americans for not having Obamacare-compliant coverage was repealed in the Trump tax cut bill.

That made Obamacare voluntary. But there was a problem. There were very few non-Obamacare plans available, because a 2016 Obama regulation had deliberately crippled them.

That 2016 Obama regulation slashed the duration of Obamacare-exempt so-called "short-term, limited duration plans" from one year to three months and banned them from being renewable.

Why did Obama do it?

Because people were flocking to these short-term plans, even though at that time they would have to pay both their premiums and the individual mandate penalty tax for choosing a non-Obamacare plan.

The plans were that much cheaper and better than the junky Obamacare plans, with sky-high premiums and deductibles and narrow provider networks that exclude the best hospitals.

And now, thanks to a directive from President Trump to rescind the 2016 Obama rule, they are back. And now there's no penalty tax for being in a non-Obamacare plan!

As of October 2, 2018, non-Obamacare plans are legal again and uncrippled. They can be written for up to 364 days at a time, renewed for up to three years, and can now be paired with a premium guarantee product to lock in a successor policy after three years without any risk of a premium increase because you get sick.

If you like your non-Obamacare plan you can keep it, without paying more, even if you get sick.

The Congressional Budget Office estimates Trump's deregulation will increase overall insurance coverage by about a million people by 2023. Other estimates are higher, with the Center for Health and Economy projecting an overall coverage increase of 2.3 million by 2020 and even the liberal Urban Institute estimating 1.7 million more Americans insured by 2019.

So who would say no to consumers having more choices, with lower premiums, guaranteed renewability without medical underwriting, and potentially better provider networks?

Who would say no to up to two million people presently uninsured getting coverage because they'll be able to afford these new options?

Democrats. Democrats who want to force everyone into Obamacare's one-size-fits-all approach.

Their talking points made no sense - they called non-Obamacare plans junk, even though most people feel that way about Obamacare plans.

They claimed people who are already sick wouldn't be able to get good prices on short-term plans, which ignores the fact they can still choose Obamacare if that's a better option for them.

And they claimed the Trump rule undermines protections for pre-existing conditions, even though allowing renewal guarantees lets people keep the plans they like after they get sick, without paying more, and prevents them from ending up in Obamacare and drawing huge subsidies from taxpayers.

And their obsession with coverage numbers, ubiquitous during last year's debates, conveniently disappeared.

It's Obamacare 'uber alles' with the Democrats.