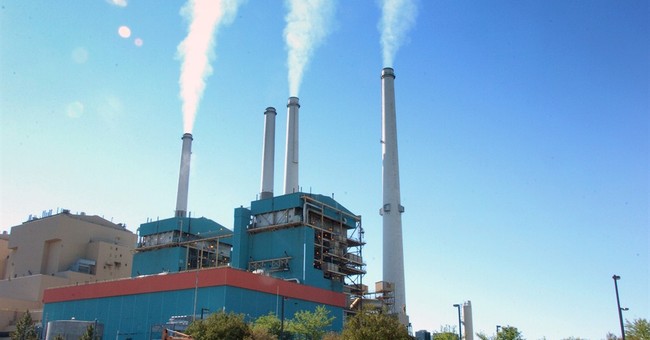 When President Obama announced an unprecedented effort by the EPA to strong-arm states into adopting cap-and-trade, he made the announcement not by focusing on the benefits of reducing greenhouse gas emissions, but rather on the so-called co-benefits that closing coal plants will have on particulate matter, which is already tightly regulated. These purported co-benefits are based on two secret studies that have never been publicly validated. Amazingly, the architect of this co-benefits strategy is a long-time EPA staffer named John Beale, now known as federal inmate number 33005-016 and locked up for fraud at Cumberland Federal Correctional Institution.

For nearly two decades, John Beale could do no wrong at the EPA even though he did no work. He flew around the world pretending to be a CIA agent and bilking taxpayers, according to his guilty plea, out of $900,000. While the media played the Beale story mostly for laughs, researchers in Senator David Vitter's office did the serious investigative work of figuring out why Beale walked on water at the EPA.

What they discovered was that Beale was hired by his good friend Robert Brenner even though he "had no legislative or environmental policy experience and wandered between jobs at a small-town law firm, a political campaign, and an apple farm."

And it was Beale, who became the EPA's go-to fixer, who developed the strategy President Obama is now relying on.

In 1997, with a major fight over proposed ozone standards looking bleak for the EPA, Beale developed a memo that turned the tide by relying on claims of outsized health benefits from reducing particulate matter. The benefits were based on two data sets, the Harvard "Six Cities" and American Cancer Society studies. The data was already a decade old and had never been independently verified. But the secret science attached huge alleged benefits to the proposed regulation, and it was ultimately adopted.

Those two studies are still secret, and still the EPA's favorite trick to get expensive regulations past the finish line. They have gone to the well 33 times, and yet the alleged health benefits from the secret studies get bigger and bigger - when they should be getting smaller, as each regulation further reducing emissions of particulate matter.

Robert Brenner, the EPA policy director who hired Beale, was effusive in his praise, telling Beale in 2011 as he prepared to retire: "legislative, regulatory and international successes came when you were around to develop the strategy and make sure we all did our jobs in carrying it out. There is just no one better at it than you."

Now Beale is locked up for fraud, but his secret science trick marches on.

President Obama once told the San Francisco Chronicle editorial board: "Under my plan of a cap-and-trade system, electricity rates would necessarily skyrocket." Yet he was saying something quite different when he announced his plan to force states to adopt his cap-and-trade system.

With no mention of his desire to drive up electricity prices to combat global warming, Obama instead focused on Beale's infamous co-benefits theory.

"Kids being treated here all the time for asthma and other breathing problems," Obama said. "Often these illnesses are aggravated by air pollution. Pollution from the same sources that release carbon."

It was pure sleight-of-hand, equivocating regulation of carbon dioxide and other greenhouse gases, which EPA itself has concluded "do not cause direct adverse health effects such as respiratory or toxic effects" with particulate matter that is already tightly regulated.

The reliance on purported co-benefits is necessary because Obama's cap-and-trade rule has no direct benefits. The EPA has 26 published indicators for measuring the impacts of global warming, but when questioned by U.S. Rep. Mike Pompeo of Kansas, EPA Administrator Gina McCarthy admitted that none of the EPA's proposed regulations will have a positive impact on any of the indicators. Instead she said the regulations are just "positioning the U.S. for leadership in an international discussion."

Wonderful. We're going to make electricity prices skyrocket in the hopes that it will somehow help convince China, Russia, India, and the rest of the world to sign on to a new global climate treaty.

Which brings us back to Beale.