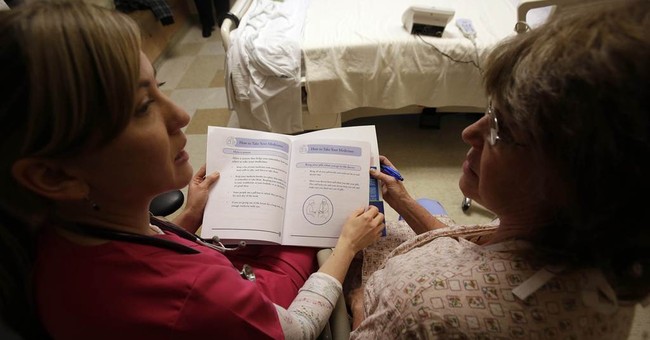 In 2003, I opposed the Medicare prescription drug bill, in large part because I expected that - like all other government entitlement programs - it would end up costing far more than initially projected. I was wrong.

The program's structure, based on competing private plans, made Part D unlike all entitlements that had come before. Indeed, it is a model for reforming the rest of Medicare. The plans compete intensely to sign up seniors. The incentives are aligned to avoid administrative waste and keep costs down, including negotiating for the best prices on drugs. An amazing 90 percent of seniors are satisfied with their coverage according to a recent survey.

Estimates from the Congressional Budget Office (CBO) show that since the program started in 2006, it is on track to spend 45 percent less than the original estimate over its first ten years. And the premiums paid by seniors are also much lower, about $30 per month for the past three years, which is less than half the original projection.

This astonishing success stands in stark contrast to the daily disaster story that is the Patient Protection and Affordable Care Act (PPACA) exchanges. Those heavily regulated marketplaces offer limited choices and sharply higher costs than what most people are used to paying.

In a logical world, the Centers for Medicare and Medicaid Services (CMS) would be looking for ways to make the PPACA exchanges look more like Part D. Unfortunately, they are doing precisely the opposite. On January 10, 2014, CMS proposed a rule making major changes in the market structure of Part D that will significantly reduce choice and competition.

Most outrageously, the rule creates an arbitrary new restriction on plan contracts and bids. The rule would set a limit of exactly two bids a plan may offer in a region, one basic and one extended. Seniors would lose many of the choices they presently enjoy, and competition and innovation would be curtailed.

The rule also undermines the non-interference provision that prevents de facto imposition of price controls. This provision was a major point of contention in the original legislation because large-scale government drug purchasing risks imposition of price controls that would undercut the incentives for developing new miracle cures. (It costs over $1.2 billion on average to bring a new drug to market.)

The new CMS rule would continue to prohibit government interference in negotiations between plans and manufacturers, but would for the first time permit government interference between plans and pharmacies. The rule would then proceed to interfere, with a new "any willing pharmacy" requirement that would prohibit preferred cost-sharing arrangements that many plans and pharmacies have negotiated as a way to contain costs.

The bottom line impact of the proposed rule, according to a study by the American Action Forum, is that 14 million seniors could lose their current plans, premiums could rise up to 21 percent, and costs to taxpayers could be as high at $10 billion over the next decade. A coalition of 371 groups across the political spectrum has urged the rule to be withdrawn.

With planning for the 2015 bid cycle already well underway, even the existence of the proposed rule is creating enormous uncertainty and is therefore likely to result in fewer choices and higher prices for seniors even if the rule is not finalized. For that reason, it is critical that Congress step in now and unambiguously stop the rule.

H.R. 4160, the "Keep the Promise to Seniors Act" sponsored by Rep. Renee Ellmers of North Carolina would do exactly that. The Senate should take it up immediately after it passes the House.