Backs to the Future 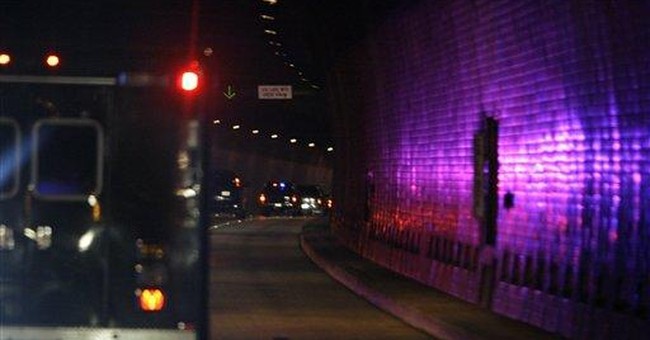 The popular advice for dealing with the future has been to keep the chin up, face directly into the wind, and place one foot after the other. To look back is folly because what is done is done and there is no good to be discovered by looking at what might have been.

Generally, I have subscribed to that modus operandi with some degree of enthusiasm. I like the notion of plugging away, courageously stepping forward out of adversity. The carrot on that stick is a belief that good will surely be visible just around the next bend in the road.

Standing at the window this morning, while gazing upon the new decade stretched out before me, I was a bit startled to hear from the little philosopher who sits under my hat. The message seems odd to me at first, but as I pondered and considered, I found there to exist some surprising parallels to life. In essence, this is what he said to me...

Put your back to the future. Place one foot behind the other, toe to heel. Study the path you have just traveled so you know what the path to good looks like, and you know what leads through pain and grief. Look often from side to side as you step and you will know where you are in the present.

I considered that walking backwards seems particularly dangerous and that I may stumble on something and fall, but then it dawned on me. Walking face forward into the future is really no different due to the fact that it is impossible to see beyond the plane of the present.

To stumble on something that pops up out of the future is just as ominous no matter which way we are facing, but to fall on the relative comfort of our padded backside is preferable to smacking sensitive features of our face on the ground. I am absolutely certain that rubbing slightly bruised gluteus maximus is far preferable to spitting broken teeth while attempting to straighten a broken nose.

So it occurs to me that how one travels through life, moving into the future face first without the benefit of a careful examination and contemplation of where we have been is very much akin to the ideological liberal versus the conservative. The future actually presents itself based on decisions we make in the present.

Although the conservative may seem to be at a disadvantage due to a long gaze to the rear view, the decisions that the conservative makes will smooth the road that presents itself in the future. Painful falls will be less likely, but even when they occur, the consequences will be far easier to recover from and will be unlikely to leave permanent scars.

As I watch the uber liberal government of Barack Obama, Nancy Pelosi, and Harry Reid, I foresee an America that will have lost some teeth, and may indeed emerge with a crooked nose. They are not just walking with her face fully exposed, but in fact they are running at a frantic pace. There is no recognition whatsoever of the failures evident in the rear-view mirror; the clearly visible rubble of socialist/communist experiments and the sorrowful regret that has come from socialized medical care.

Despite the considerable track record that proves reduced tax burdens and decreased spending are key to economic and employment growth, these frantic liberals are bound and determined to sink our future beneath a quagmire of unbridled government spending and a twisted tangle of new or expanded bureaucracy.

So I thank the little philosopher who lives beneath my hat for pointing out the crystal-clear rear view. Not because of a pathetic desire to live in regret for what might have been, but as a chart useful as we navigate our course in the present. We need to make some urgent and sweeping changes to our leadership before the face of America is disfigured beyond recognition.