The Media Censorship of Our Gosnell Movie

Phelim McAleer
|
Posted: Nov 08, 2018 12:01 AM
Share   Tweet
The opinions expressed by columnists are their own and do not necessarily represent the views of Townhall.com. 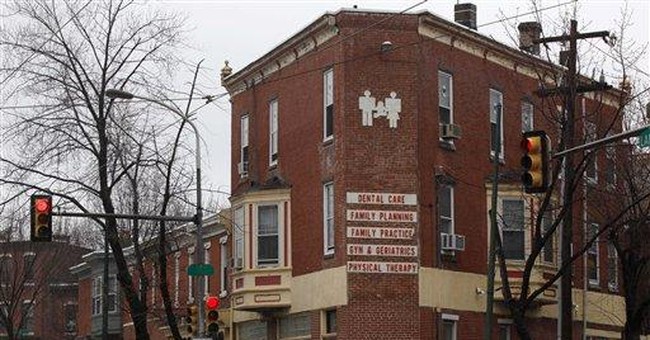 There is a widespread belief that Hollywood is only interested in making money, and it is far too simplistic a view.  There is something they value much more than money - and that is ideology.

And not just any ideology.

The entertainment industry has been liberal for a long time, but in recent years it has become increasingly and stridently intolerant. Trump’s election seems to have tipped them over the line into insanity.  Virtually every day reveals a new celebrity tweeting, speaking, producing or starring in something that is finally going to expose just how awful POTUS is and promote the liberal agenda.

I know this from my experiences as the producer and screenwriter of the highly controversial movie Gosnell: The Trial of America's Biggest Serial Killer.

The Gosnell film surpassed box office expectations by entering the Top 10 grossing films - with a revenue of $1,235,000 on just 668 screens – on the opening weekend. Further, the film is growing in buzz in the media rather than declining. Yet despite the solid performance for an independent film of this sort, nearly 200 theaters have inexplicably dropped the film - including those in major cities where it was performing the strongest.

Coming into its second week, Gosnell has dropped from 668 theaters to 480 theaters — a full 188-theater drop, 15 of which were top-performing multiplexes.

"I can tell you from my experience in 15 years of releasing movies independently, we’re in uncharted territories," says my colleague John Sullivan, Gosnell’s marketing director and producer. "It is an impacted fall, no doubt about it, but the fact that we’ve been dropped from theaters where the movie is the number 6 or number 9 movie is just something you don’t see."

There is a universally acknowledged reason for this hushed and rapid dismissal of a massively successful film.

Gosnell is about abortion - and it unabashedly exposes the truth about the abortion industry through the trial of Kermit Gosnell, a Philadelphia abortion doctor.

In 2013, a jury convicted Gosnell of murdering three newborn babies and contributing to the death of a female patient, along with numerous other crimes and many more suspected atrocities. He was sentenced tothree consecutive life terms in prison.

In short, the Gosnell movie shines a very negative spotlight on the horrors of abortion –and the entertainment industry cannot take it.  Their response? Simply drop Gosnell from theaters.

This kind of resistance is disappointing but in no way shocking. The mainstream media has always attempted to ignore Gosnell's crimes – from their lack of coverage of the original trial to their treatment of the Gosnell movie now. When Ann and I wrote Gosnell: The Untold Story of America’s Most Prolific Serial Killer, the New York Times bestseller list refused to acknowledge the book as the astonishingly best selling book it was. (Eventually media inquiries forced them to correct this but they put the book at number 13 when it should have been at number four).

The Gosnell movie’s struggles began when the crowdfunding site Kickstarter refused to allow us to fundraise there, forcing us to go toIndiegogo – where we ended up breaking a crowdfunding record. Soon after, NPR rejected one of our adds. We were told we could not call Gosnell an “abortion doctor.” NPR claimed the term is not “value neutral,” but it has used the term in its own reporting numerous times. Then Facebook started rejecting our ads. And we have received just two mainstream reviews of the film. In comparison, Beautiful Boy, which opened on fewer screens and has taken a faction of the box office, has received 36 mainstream reviews.

Gosnell is certainly controversial content. But it is not content that is deserving of censorship – we have made sure that the movie and advertising are free of any graphic images.  The film is rated PG-13 and many people have let us know that they brought their teenage children to see Gosnell - and that the film sparked fascinating conversations in the car on the way home.

This is content that the world should be allowed to see. These are topics that those on social media should have the ability to think about. And yet Facebook, NPR, and the many liberal news outlets who refuse to cover Gosnell are making an explicit statement that they want to completely hide Gosnell from the public.

All the more reason, then, for Americans to assert their independence and get out to theaters to see Gosnell – see the momentous film made by some indie filmmakers on a tight budget - made because they knew the desperate significance of the Gosnell trial. The not so subtle pro-choice anxieties of the Kavanaugh hearings make it all too clear that abortion is one of the most significant political stories of the moment. Americans need facts now more than ever – now as they are to make serious decisions about abortion in a post Roe v. Wade world.

We recognize that allowing the media to censor and silence this film is completely unacceptable; many out there have also recognized this, and the support from Gosnell viewers through social media, reviews, and conservative radio, TV, and print outlets has been overwhelming.

Let us keep fighting the good fight – exposing the truth.