The Nannystate Continues to Run Amuck

Peter Roff
|
Posted: Sep 29, 2016 10:50 AM
Share   Tweet
The opinions expressed by columnists are their own and do not necessarily represent the views of Townhall.com. 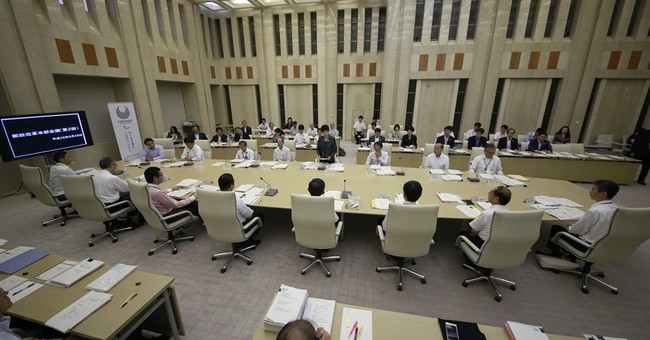 Despite what many people think the left-liberal coalition’s decision to base so much of its effort on keeping the government out of our bedrooms is, long term, a losing strategy. Conservatives have a slight advantage where these issues are the only ones considered by people when deciding how to vote. If they could redirect their efforts to keeping government out of the kitchen they might have something.

Uncle Sam has decided what we eat and drink is somehow his business. The government says it wants to bend the healthcare cost curve downward but really this is just another version of the ”we know what is best for you” argument that has so many people up in arms.

New York Mayor Mike Bloomberg banned the use of trans-fats and tried to outlaw fountain drinks that were super-sized. Los Angeles tried to block the construction of new fast food restaurants in poor areas of the city because they contributed to an epidemic of obesity. The sale of unpasteurized milk is banned in more than a dozen states without regard to the growing opinion raw milk may actually be beneficial to some people. And all across America parents are being told they can’t make lunch for their children because they’re not nutritious enough.

This needs to end, and soon, because the government is giving us bad advice. UCLA’s Dr. David Chan goes even further. He’s of the opinion much of what the government recommends regarding food intake is simply wrong.

Writing for the Quora online community Dr. Chan cites several examples of advice the government has given about food intake that really need to be reconsidered. Take the caution to avoid saturated fats and eat more carbohydrates; that one bit of counsel alone may have in fact helped usher in what some public health professionals have for some time called “the obesity epidemic.”

Dr. Chan is also of the opinion that whole milk may be better than skim, again contrary to what the government has said for decades, because kids who drink whole milk “have lower obesity levels maybe because they are less hungry and eat less.”

He also suggests it is time to end the government’s war on salt, something he calls “one of the most poorly documented recommendations that the U.S. Department of Agriculture promoted.” To back up this assertion he cites among other research a meta-analysis of seven studies that appeared recently in the American Journal of Hypertension finding “no strong evidence that cutting salt intake reduces the risk for heart attacks, strokes or death in people with normal or high blood pressure.”

Chan is also calling for an end to war on salt, something he calls “one of the most poorly documented recommendations that the U.S. Department of Agriculture promoted.” To back up this assertion he cites among other research a meta-analysis of seven studies that appeared recently in the American Journal of Hypertension finding “no strong evidence that cutting salt intake reduces the risk for heart attacks, strokes or death in people with normal or high blood pressure.”

Don’t tell that to the U.S. Food and Drug Administration which in June issued a “voluntary” sodium reduction mandate setting out how much salt people should be allowed to consume. “Many Americans want to reduce sodium in their diets, but that’s hard to do when much of it is in everyday products we buy in stores and restaurants,” HHS Secretary Sylvia Burwell said, blaming someone else for a problem that may not exist and yet cannot be solved without the government sticking its big fat nose in everyone’s business.

Everything starts out “voluntary” but that won’t last. Once the FDA has numbers showing the food industry – restaurants, food service establishments, grocery manufacturers and others in the business of providing us with what we eat that consumption’s not down it will all become mandatory. That makes it coercive right from the start. The proposed new salt regime takes away our responsibility to ourselves to manage our diets as we choose and to eat healthy. That’s not smart and it’s not progress. People need to assert control of their own lives to preserve their ability to make choices, not let the government do it all for them. Such things should not happen to a free people.