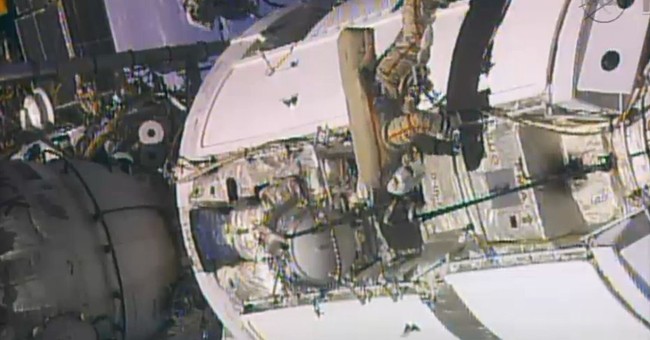 If you’ve ever been lost in an unfamiliar area and have had to wait until your GPS determined how you needed to get where you wanted to go, you have some understanding of how dependent we have all become on space-based technology. The satellites that surround the Earth in geosynchronous orbit is now essential to modern communications, and are a critical component of life in the information age.

Consider their varied responsibilities, which involved a lot more than making sure everyone around the world can watch the Superbowl in real time.

Satellites have enhanced U.S. military capabilities, directed first responders to trouble spots in time of crisis, even allowed scientists to predict the path of hurricanes. All of these are potentially life-saving activities, yet our “eyes in the sky” are woefully unprotected.

One of the biggest threat to satellites and consequently, everyday life, is space debris. An unintended consequence of all the activity over the last 50 years, the probability that some vital part of a satellite system will be disabled when a discarded rocket booster collides with it miles and miles into the heavens is now significant enough that it needs to be addressed.

This is not a hypothetical problem. In 2009, an U.S. Iridium communication satellite was destroyed when a defunct Russian satellite crashed into it, creating hundreds of pieces of space junk. In 2011, American astronauts prepared to evacuate the International Space Station because of a wayward piece of space debris. Every once in a while it even drops out of the sky before it crash lands in some desert or someone’s backyard. The United States, which is really the only nation with the technological capacity and infrastructure necessary to do the job correctly, needs to develop "space situational awareness" to better assess where objects are in the air and prevent debris from taking out a satellite.

The U.S. military has pledged to take the lead in protecting our space infrastructure by developing and building a new Space Fence. The U.S. Air Force needs to act on this now, so that the system can be operational as soon as possible and the threat to our nation's infrastructure is minimized.

The Space Fence is designed to replace a radar system that was built in 196, the same year the Soviet Union sent the first man into space. Our current radar is only capable of tracking very large objects—approximately the size of a washing machine—and can only track about 20,000 of them. As a result, hundreds of thousands of smaller objects are, quite literally, flying under the radar. As more nations and private enterprises take to space, the urgency becomes more acute. In May, the Ecuadorians saw their lone satellite seriously disabled when Russian space debris crashed into it.

The Pentagon’s proposed Space Fence program will build up to two large, ground-based radars to detect and track hundreds of thousands of pieces of space debris that are whizzing around our planet in constant orbit. It would be able to track remnants from decommissioned satellites, rockets that have been discarded from space shuttles, and debris caused by recent collisions.

Nobody really knows how much space debris is in orbit, and more alarmingly, nobody knows exactly where they are. This is why the need for a Space Fence should be self-evident. In space, debris travels at a high rate of speed, approximately 17,000 miles per hour. Something the size of a golf ball could take out a multi-million dollar satellite that might operate your iPhone or facilitate troop movements in Afghanistan. Moreover, thanks to budget cuts proffered by Congress and the Obama Administration, the United States no longer has the quite the same capability to get a replacement into orbit in short order as it once did. A blackout could potential last for days.

The Air Force has rightly determined that the program is important enough to prioritize, even as the sequester continues to hit. In order to ensure the Space Fence is not subjected to future cuts, the contract to build it must be awarded as soon as is practical. There are few more important things than ensuring the systems that allow us to communicate around the globe, defend our nation from terrorists, and evacuate citizens before a storm are operational when we need them.

So far America has been moderately lucky. The collisions that have already taken place haven’t impacted our normal reliance on satellites or jeopardized our military men and women. Depending on luck, however, is not a viable strategy moving forward– especially when it comes to protecting a space economy worth more than$300 billion annually.

The Air Force is already behind schedule on building the new Space Fence. They need to get started as soon as possible. We cannot wait until we see the full effect a space junk collision will have on our military, economy and way of life to determine that this is an incredibly important project.