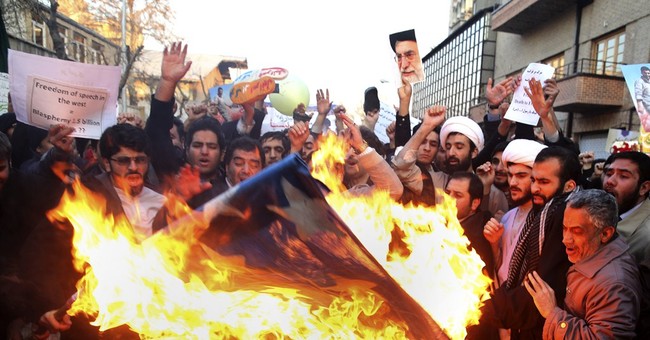 At a recent prayer breakfast President Obama evoked the Crusades and the Inquisition to caution listeners about judging modern Islam.

He failed to acknowledge those violent campaigns were undertaken by governments and men long dead. The terrorist acts of radical Islam enjoy the contemporary support of ISIS, which increasingly acts like an organized nation state, and the Islamic community in the West has failed to act responsibly to thwart young men who carry out those acts.

Quite simply, moderate Islam may be guilty of terrorism by its silent acquiescence, and that is the issue Obama and other leaders in the West refuse to address.

Human beings are naturally inclined to embrace and protect others who share the same physical characteristics and beliefs.

These date back to the earliest human settlements, when communities developed cultures to squeeze subsistence from the environment and religion to explain mysteries science could not yet illuminate. In times of plenty and famine, humans engaged in commerce and combat with other communities and learned caution toward outsiders.

To rationalize group failures, explain disasters and exploit others, people and states have manipulated religion to justify heinous acts against outsiders—those are the roots of slavery, racism and religious persecution.

Modern man has learned the futility and depravity of such crimes, but among the young—especially young men lacking decent prospects—hate cults, such as radical Islam, find easy prey.

Not everyone is inclined to be an intellectual and think about intolerance and alienated youth in such existential terms. People living ordinary lives rely on the mores taught by elders and community leaders, and inscribed in law. In the West, those absolutely require tolerance and abstinence from hate talk and acts of violence—no matter how terribly affronted by someone else’s words or acts of expression.

In 1999, New York Mayor Rudolph Giuliani was particularly offended by Chris Ofili's depiction of the Virgin Mary, which featured elephant dung forming one breast, and he sought to close the museum.

Upon losing in court, he accepted the outcome and neither he nor his followers resorted to violence against the museum's curators or the artist. No matter their rage, more important than the law, American culture requires tolerance and self-control even under the most uncomfortable circumstances.

Such restraint appears not adequately taught or enforced by Muslim elders or community leaders in the West, or so many terrorists would not be emerging from within their midst.

When terrorist attacks occur, like the recent massacre at the French magazine Charlie Hebdo, western national leaders are quick to state their governments' policies of tolerance toward Islam and caution citizens about their communities’ past transgressions. They say little if anything about the Islamic community’s responsibility to educate its young in tolerance of others and to police the actions of their young men.

Freedom of speech and religion are not absolute. Just as parents teach their children not to yell fire in a theater, western culture and law requires parents to discipline their sons from harmful slurs and acts. However, the Muslim community appears not as inclined as others to shoulder that responsibility with regard to their young men.

For example, in the wake of Charlie Hebdo and other violent acts, many prominent moderate Muslims, who have attained considerable stature within western professional communities and universities, have been largely silent or muted.

Consequently, too many young Muslims are enlisted by radical movements and ultimately attack western civilization, which paradoxically defends their most basic freedoms better than any that preceded it.

Seen in that light, Islam—not necessarily what is taught in the mosques but is too often taught by indifference to hate and violence in the broader Muslim community—may not be worthy of the same acceptance of other religions.

Islam may not be worthy of the same state protections as other faiths.